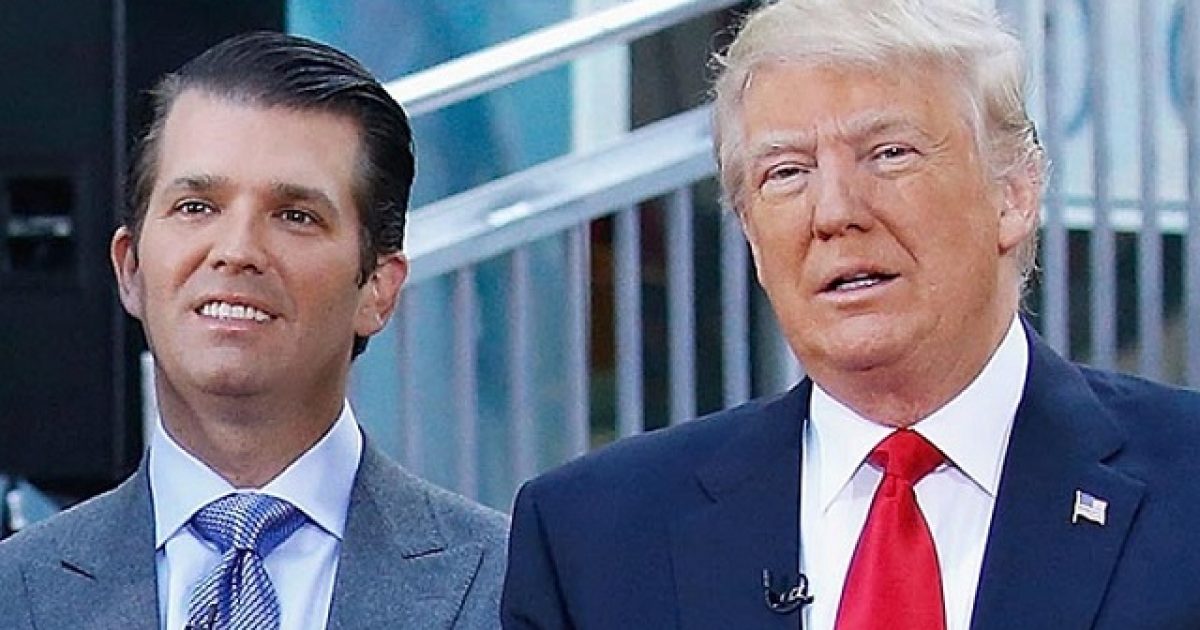 The media now consider credible the man they once deemed essentially the spawn of Hitler.

Hardly a fake news outlet didn’t jump on this story by Reuters:

Former White House chief strategist Steve Bannon called a June 2016 meeting with a group of Russians attended by Donald Trump Jr. and his father’s top campaign officials “treasonous” and “unpatriotic,” according to excerpts of a new book seen by Reuters on Wednesday.

Here’s how CNN reported the story:

Note CNN didn’t credit Reuters, but instead The Guardian. But note the language is practically identical.

So let’s see what The Guardian wrote:

Donald Trump’s former chief strategist Steve Bannon has described the Trump Tower meeting between the president’s son and a group of Russians during the 2016 election campaign as “treasonous” and “unpatriotic”, according to an explosive new book seen by the Guardian.

At least they rewrote the Reuters paragraph a bit.

Donald Trump, Jr. weighed in, showing that he’s as willing as his father to fight publicly.

Steve had the honor of working in the White House & serving the country. Unfortunately, he squandered that privilege & turned that opportunity into a nightmare of backstabbing, harassing, leaking, lying & undermining the President. Steve is not a strategist, he is an opportunist

Bannon did squander his privilege. He chose instead to appear more powerful than the emperor. And what I know of Bannon, Trump Jr. nailed it.

As for strategy, Bannon’s problems haven’t ended with his recent mea culpa.

Former White House chief strategist Steve Bannon is reiterating his support for President Donald Trump after his former boss blasted him over explosive comments he made in a new book.

Speaking on Breitbart radio Thursday morning, Bannon assured a caller that “nothing will ever come between us and President Trump and his agenda” adding that “we’re tight on this agenda as we’ve ever been.

“The President of the United States is a great man,” he said. “You know, I support him day in and day out.”

I think I know why Bannon has backtracked.

As Prison Planet reported, Breitbart readers disavowed Bannon for the most part:

The war of words exploded onto the pages of Bannon’s own Breitbart.com, but the vast majority of readers appeared to side with Donald Trump in favor of the executive chairman of Breitbart News.

“I voted for Trump…I didn’t vote for Bannon. I’ll stick with Trump, thanks,” was the top rated comment on an article about Bannon’s comments.

“The meeting was NOT “treasonous” stupid maybe, but NOT treasonous! Trump Jr. and Jared had NO idea that they were BEING SET UP by the Clinton camp, which clearly they were,” commented another user.

“The fact that Bannon blew any credibility he had by backing Moore just to spite McConnell, says a lot too. Bannon personally lost us that seat in the senate,” added another.

In addition a Twitter poll asking who Americans would vote for in a hypothetical Bannon vs Trump 2020 presidential match up overwhelmingly finds they would back Trump by a margin of more than six to one.

Speaking engagements just dried up for Bannon. And you can bet the board of Breitbart will call him in for a meeting.

Bannon would do himself a favor by laying low for quite some time. Because 2018 isn’t starting so well for him.