No Compromise: The Democrats’ Not-So-Hidden Agenda

President Trump and Congressional Leaders from both parties and both Houses of Congress to discuss Immigration and DACA.

In what was deemed a “very productive meeting” the televised discussion at first appeared that some compromised framework would be in the works as Reuters reported:

Trump told lawmakers at the White House he would back a two-phased approach to overhauling U.S. immigration laws with the first step focused on protecting immigrants who were brought here as children from deportation along with funding for a wall and other restrictions that Democrats have opposed.

“If you want to take it that further step, I’ll take the heat, I don’t care,” Trump told lawmakers about a broad immigration bill. “You are not that far away from comprehensive immigration reform. And if you wanted to go that final step, I think you should do it.”

Trump said on Tuesday he would sign a bill that gives legal status to the hundreds of thousands of undocumented immigrants brought to the country as children, known as Dreamers, as long as the bill had the border security protections he has sought, including funding for a wall.

“Now, that doesn’t mean 2,000 miles of wall because you just don’t need that … because of mountains and rivers and lots of other things,” Trump said. “But we need a certain portion of that border to have the wall. If we don’t have it, you can never have security.”

But it went nowhere.

Within days the Democrats were wholeheartedly rejected all facets of any discussed compromised, only to double-down on their original position.  Minions in the mainstream media called President Trump’s olive branch “a trick”.

What went wrong? The Democrats never had any intention, nor intend to pursue any compromise. Watching the mainstream cable-TV it would be easy to conclude Republicans are in for a “political wipeout” from the mythical ‘blue wave’, that seems to be more of an eddy.  That is because the traditional mainstream base of the Democrat Party is abandoning it.

So says the New York Observer:

The Democratic Party’s delusional optimism, failure to adopt good policies, reliance on admonishing President Donald Trump, and confluence with wealthy and corporate donors prevents the enactment of the radical changes that Democrats need to rebuild their support. Though the party’s establishment has relied on identity politics as a public relations tool, it hasn’t attracted more diverse voters—even the ones Democrats arrogantly believed would overwhelmingly support their candidates.

The Democratic Party further embraced this neoliberal partnership with corporations and wealthy elites by coronating Hillary Clinton as the party’s 2016 presidential nominee. Her candidacy sent a message to the party’s voters that it was choosing an oligarchic model that benefited the top 1 percent while abandoning issues that would benefit voters who need help the most. Rather than backing off of this self-destructive message after Clinton lost, the Democratic Party is repackaging it with the same failed marketing strategies dependent on Trump fear mongering, insincere identity politics and neo-McCarthyism.

Other traditional ‘moderate’ Democrats, unhappy with the hard-Left radical absolutist agenda the party has undertaken, no longer support the Democrat agenda.

Check out what Fox News discovered:

Today we see the manifestation of those attitudes now in full bloom. Few Democrats now have any more interest in bipartisanship, instead preaching to the choir in fundraising emails or on MSNBC about how Republican actions are evil and cruel.

Many “establishment” Democrats still hope for the return of a time when our discourse and process was less polarized. Nonetheless, a new breed of Democratic activists that is rising in the party has no such inclination. For them, destroying conservatives is almost as worthwhile a goal as promoting their progressive causes.

There is no easy solution to our country’s current dysfunctional polarization and lack of political unity, which Defense Secretary James Mattis has described as the problem that worries him most.

Instead of reevaluating how the Democrats are doing business, the national Democrats have instead chosen to embrace the California political model.

When studying recent demographics and population maps, and examining the most common surnames in every region of the United States; gave Liberal Democrats an idea for a new path to victory: This became the crux of the notorious Jennifer Palmieri report that was ignored by most of the mainstream news media, but reported by Fox News:

…the Democratic Party needs to protect illegal immigrants brought here by DACA in order to ensure those additional votes.

The Center for American Progress (CAP) Action Fund memo, which circulated Monday, called on Democrats to “refuse to offer any votes for Republican spending bills that do not offer a fix for Dreamers and instead appropriate funds to deport them.”

The memo from the left-leaning think tank also said that protecting DACA is not only a “moral imperative” but also a “critical component” in winning elections.

“The fight to protect Dreamers is not only a moral imperative, it is also a critical component of the Democratic Party’s future electoral success,” the memo read.

It finished, “If Democrats don’t try to do everything in their power to defend Dreamers, that will jeopardize Democrats’ electoral chances in 2018 and beyond.”

Tom Jawetz, Vice President of Immigration Policy at the Center for American Progress Action Fund, told Fox News that the purpose of the “political strategy memo” was “to advise Democratic elected officials that through their actions they need to show the base that they stand for the base.” 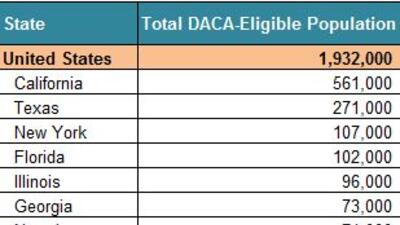 Then the ACLU made their anti-American positions clear.  The Fresno Bee reported on ICE working with local enforcement to detain and hand over already incarnated criminal inmates and known illegal immigrants:

“ICE has a long track record of abusing its power and trampling people’s rights,” said ACLU attorney Angélica Salceda. “Letting this rogue agency operate in our community without any sort of transparency and accountability is a recipe for disaster.”

Advocates demanded an end to the program. Among their other requests, which they said have so far been denied:

–Access to the jail to distribute legal rights information.

–Ability to conduct interviews with inmates to ensure civil rights are not being violated.

–Ability to monitor interviews conducted by ICE as preventive and oversight measure.

Cabrera said inmates are facing civil rights violations. She said one Fresno man didn’t consult with an attorney before speaking with ICE agents because they told him he would not be deported. Now he is in deportation proceedings. In another case, Cabrera said a Fresno woman was coerced into signing a document stating she agreed to comply with her deportation.

“It’s unacceptable that ICE agents are running a secret operation out of Fresno County Jail,” she said. “We need strong communities that can trust local law enforcement and are not torn apart by deportation.” 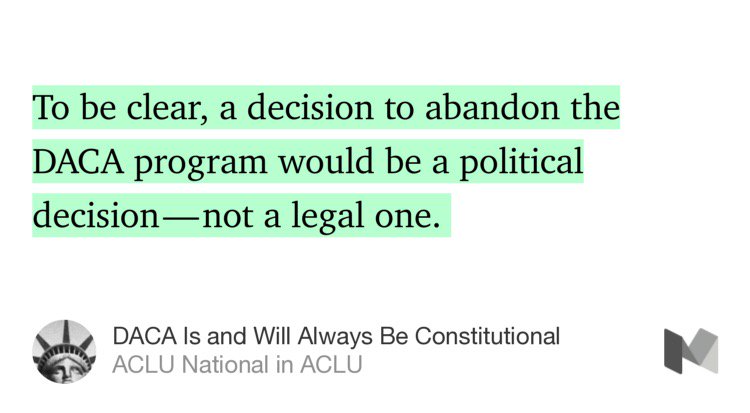 This has led to the passage of SB54 in the California Legislature; followed by AB60 giving drivers licenses illegal immigrants.  California also has a ‘motor-voter’ law, which allows driver’s license recipients to automatically register to vote when signing up at the DMV.  Despite assurances to the contrary, there are many who feel it is a backdoor to way to register illegals to vote in upcoming elections.

But California’s Democrat supermajority is not stopping there!  California Legislators have already returned the right to vote to ex-felons who were no longer incarcerated or serving parole.  CBS News-San Francisco explains:

Under the new law, anyone convicted of a felony, but who is not currently in state or federal prison or on parole, is allowed to vote.

California’s constitution denies the right to vote to anyone in prison or on parole. In 2011, the state’s Realignment Plan shifted many of the state’s corrections program responsibilities to local government. It spurred the transfer of many low-level felony offenders to county-run jails and programs in an effort to reduce overcrowded state and federal prisons and save money.

AB 2466 was borne from a 2014 lawsuit on behalf of those low-level felons who were no longer in state or federal prison. The lawsuit argued the people in county programs shouldn’t be classified the same as other felons, and won.

Wednesday’s passage of the AB 2466 could translate to as many as 50,000 new voters in California. Many will be voting from their jail cells.

Supporters of the bill argue that clarification was necessary to bring the state into compliance with the 2014 lawsuit. The ACLU said current laws were modern-day “felony disenfranchisement” and a “legacy of Jim Crow.”

The California Democrats are not stopping there!

There is a statewide initiative to give ALL currently serving prison inmates the right to vote in California.  And as predicted, prison voting has already swayed one election in California.

To make matters worse, another Judge has ruled that California must begin releasing sex offenders under the requirements of the recently passed Proposition 57. Regardless, starting in 2021 sex offenders are going to be able to have their names removed from the sex offender registry.

When added together, 11 California counties now have more registered voters than voting-aged citizens. A group in Pennsylvania is suing the state claiming that nearly 100 thousand non-citizens are registered to vote in elections with similar problems in New Jersey and Virginia.  Over 280 dead people cast votes in Los Angeles during the 2016 election.  Despite promises that illegal immigrants would not be able to register, and that registering as a noncitizen is against the law, the cities of New York, San Francisco, Chicago, and just recently the State of Washington have provided “pathways” for undocumented illegal residents living this country to vote in elections.

The nation prospers, yet California flounders in delusions of past greatness.

👋 Thanks for the shout-out, @realDonaldTrump. But bridges are still better than walls. And California remains the 6th largest economy in the world and the most prosperous state in America. #Facts

The government-provided healthcare exchanges costs are increasing 30%. Gasoline prices are nearing $4/gallon. Six of the Ten most unaffordable places to live in the world are located in California.

To make matters worse, several cities are spending as much as $30 million per year just clean feces, drug needles, trash, and disinfect for diseases left by a rapidly exploding homeless population.

Amazingly, California’s answer to pay for it all is to seize the money people got back from the Trump tax cuts!

But when reality hits, California leaders continue to blame their one boogeyman:  Donald Trump.

As the Substitute AG did in at a recent press conference:

“Personally, from my vantage point, Donald Trump has shown over the years he is racist,” said Becerra. “He is a bigot. It’s strong language, but how can you dance around this when Donald Trump doesn’t dance around this? I am using his own actions and words to indict him for being a racist.”

“To me, it says that there is an absence of the profiles in courage that we need, of the people who are putting their party above their country,” he said. “How could you not hear what the president says? …To me it’s phony.”

Did the Substitute AG called President Clinton a “racist” in 1995:

When the Substitute AG was still a Congressman, did he call then-Senator Obama a “phony” in 2005:

Did the Substitute AG rescind his endorsement for Hillary Clinton in 2016, who once advocated an immigration position that sounded eerily similar the Trump Plan:

It is probably this over-the-top reactionary tantrum-like behavior is why Substitute Attorney General Becerra’s own State Party delegates did not support him at the Democrat State Convention. Moreover, he has been trailing in the polls for reelection.

I say to Becerra, “Enjoy the job, you are not going to be there much longer.”

Fauci’s Net Worth May SHOCK You
The Black Sphere