I love the smell of burnt Progressives in the morning. 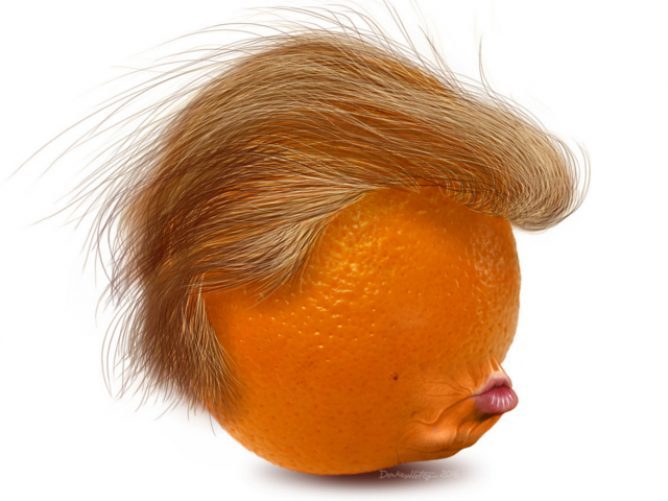 I’m sure the Left never anticipated their “orange” comments about Trump’s tan would backfire, but backfire they have. Trump is indeed Agent Orange.

And when Agent Orange deploys, the Left lie in puddles of destruction. Look at illegal immigration, for example.

Candidate Trump began his campaign targeting illegals, particularly the worst of illegals. Trump sprayed his chemical all over DC, coating Leftists. They emerged from their jungle bunkers to breath in the toxic (to Leftists) chemicals that began to burn their lungs and skin.

The outcome is that Trump and America wins, Leftism loses…big time.

And there are plenty of other examples, like tax reform.

Companies gave bonuses and pay raises, and now unemployment for many is at records low. As Trump said at the UN, America is back in business.

On the international front, Trump declared that America is no longer the whipping boy in trade. Nor will we be held accountable to globalist concepts around climate change, and so on. America pulled out of the Paris Climate Accord, as well as most of the trade deals.

On trade, Trump recently reinforced his ideas around tariffs, raising tariffs on steel and aluminum. Mexico, Canada, and some EU countries have vowed to get back at the U.S. for Trump’s actions. I’d love to know how.

Let me save you the suspense, as the EU, Canada, nor Mexico has any clout in this matter. Frankly, I look forward to the public sodomy coming to all who dare fight Trump on trade.

How do countries who have feasted on the carcass of America for decades believe they will punish us?

One would think the global Leftists learned their lesson with NATO and the United Nations.

Trump shored up NATO, forcing our so-called partners to pay their bills. He threatened to get out, and called NATO what it was: ineffective.

Mostly European deadbeats who relied on the U.S. for their protection. Trump had enough.

Trump did the same to the United Nations, only with this useless organization he cut their funds.

We wrote at the time:

President Trump put America’s money where his mouth is.

Calling it “a big step in the right direction,” U.S. Ambassador to the United Nations Nikki Haley on Sunday night announced a historic reduction in the U.N. biennial operating budget.

The inefficiency and overspending of the United Nations are well known. We will no longer let the generosity of the American people be taken advantage of or remain unchecked.” – Nikki Haley, U.S. ambassador to the United Nations

She added, “This historic reduction in spending – in addition to many other moves toward a more efficient and accountable U.N. – is a big step in the right direction.”

This step is long overdue. But it’s not like the UN wasn’t warned.

And so have Russia, Syria, Iran, North Korea, China, and many others.

China can only hope to save face with trade, and that’s Trump’s call, not Xi’s. Trudeau of Canada laments that Trump isn’t treating him like a good partner.

I love watching people feasting on America’s trade imbalance attempt to get indignant over losing business.

It’s clear that President Trump will crop dust any area of the world with Agent Orange. But unlike the chemical spray made famous in the Vietnam Conflict, this version of Agent Orange can be life-changing in a good way.

Embrace the orange, I say!