Will Leftists follow in the footsteps of North Korean dictator Kim Jong-un, and drop their evil anti-American ways?

Nah, I doubt it. Because to do so, the Left would have to forced themselves to stop hating President Trump or find their ideology smashed like Hillary Clinton’s Blackberry.

The NY Post reports, on the Trumptastic news from North Korea:

The North Korean government is erasing much of its anti-U.S. propaganda following dictator Kim Jong-un’s forays onto the world stage.

Gone are the posters depicting the U.S. as a “rotten, diseased, pirate nation” and promising “merciless revenge” on American forces for an imagined attack on the totalitarian country.

In their place are cheery messages touting praising the prospects for Korean reunification and the declaration Kim signed in April with South Korean President Moon Jae-in promising “lasting peace,” according to reports.

Still the most isolated country in the world, very few North Koreans have access to news and information from the outside world. So state propaganda plays a huge role in shaping their views. 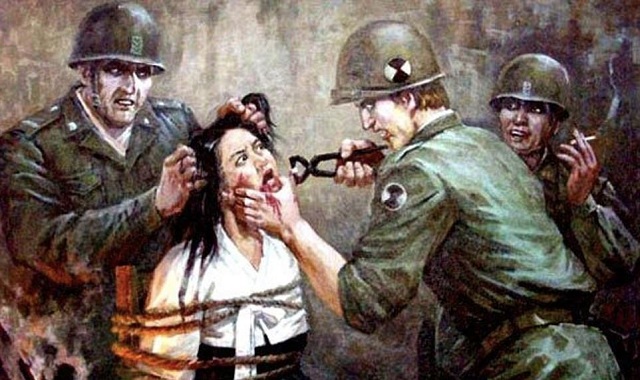 This news, added to the revelation that North Korea destroyed at least one nuclear test site, and yet nothing from the fake news media?

I’m sure they are too busy genning up additional “inside Stormy Daniels” exposes–pardon the double entendre.

As for the turtle dove story of North Korea, the article continues, describing the old North Korea versus the new version:

Murals, banners and posters displayed throughout the capital, Pyongyang, have for decades depicted the U.S. as a brutal, imperialist aggressor hell-bent on destroying the North Korean regime. South Korea and Japan were also frequently targeted as willing allies of the U.S.

But things started to take an Orwellian turn in the run-up to Kim’s June 12 summit with President Donald Trump, with the old posters vanishing since then.

“All the anti-American posters I usually see around Kim Il-sung Square and at shops, they’ve all just gone,” Rowan Beard, a tour manager at Young Pioneer Tours, told Reuters. “In five years working in North Korea, I’ve never seen them completely disappear before.”

Infamous posters and postcards showing North Korean missiles on their way to Washington are a thing of the past. Also removed are the anti-American trinkets that used to be sold to tourists as souvenirs. In their place are items showing themes of Korean reunification. 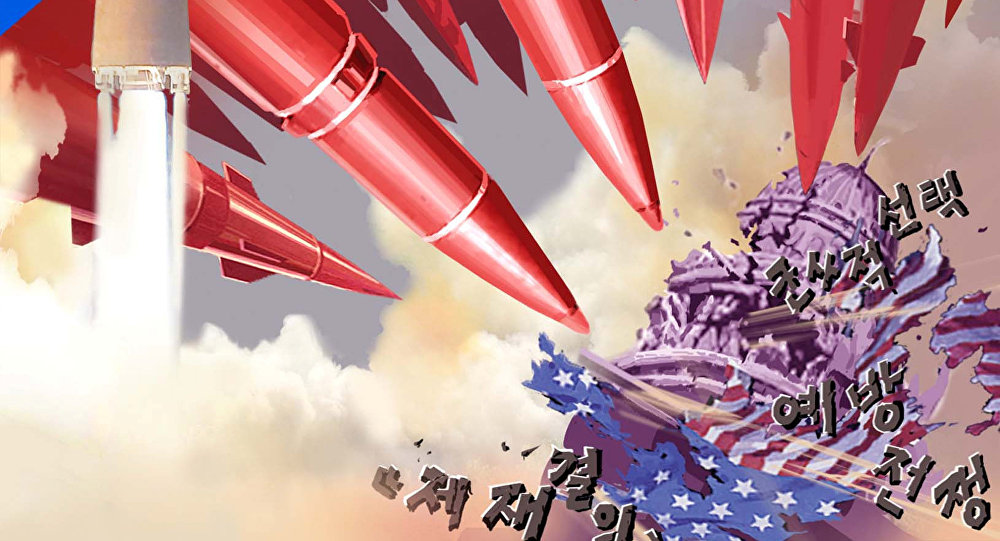 Holy Mother of Lil Kim, North Korea experiences “change we can believe in!”.

Positivity coming from the “rogue regime”?!

But it gets better,

The change extends to the country’s government-controlled media. News reports that once depicted the U.S. as hostile, and its involvement in places like Syria as proof of imperialism, are no longer critical. The Financial Times said the main newspaper, Rodong Sinmun, hasn’t featured a direct attack on Trump since March, when he agreed to meet with Kim.

The rally held every 27th of July is a national holiday that celebrates the “Victory in the Fatherland Liberation War,” and marks the start of the Korean War.

However, the Associated Press confirmed Monday that the event would not be occurring this year.

For those looking for signs that North Korea is serious about nuclear disarmament, these are signs.

And for the hardcore naysayers, remember this is much more than Barack Incompetent Obama got from the North Koreans.

Might the world actually become a safer place under Trump. Uh, yeah (duh). Undoubtedly the decrease is hostility towards the U.S. is a direct result of Trump’s diplomacy. And this benefit is not limited to the U.S., but benefits the world as a whole.

For the Left, only one solution remains: Get rid of Trump and all Conservatives who support him, by any means necessary.

The real danger in America is the danger of Leftists who perceive they have been backed into a corner. In reality, Leftists distort reality to such a degree, they can’t recognize it anymore. Where Leftism flourishes danger lurks.