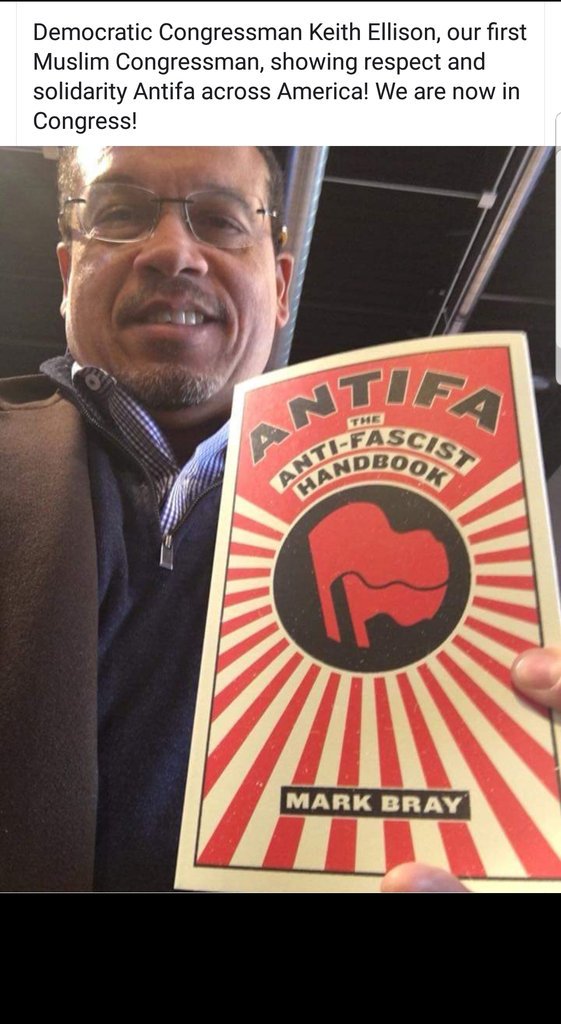 Antifa bragged on social media about getting this Congressional Black Caucus clown to showcase their book.

But this isn’t the only case of an anti-American racist organizations or other racists getting black Leftists to support their masters.

Jay-Z and others wear Che Guevara shirts with honor, apparently unaware of his racist statements. Ironically, we don’t have to go back in history to see Democrat racists in full view, when we consider Hillary Clinton’s admiration for a woman who vowed to exterminate most blacks, namely Margaret Sanger. And what of the Clinton’s love for Klansman, Senator Robert Byrd, a man both Hillary and Bill eulogized, as did Barack Obama.

In the video below, police confront the radical anti-American group Antifa. What happens next only goes to showcase what Leftists really believe when they are behind closed doors.

Yes, Antifa targets the black police officer, calling him a nigger. And they did this multiple times, so no slip of the tongue.

Where is the media on this story?

I’m guessing in Ohio following the arrest of Stormy Daniels. After all, Daniels’ arrest is not a publicity stunt, but a miscarriage of justice, and of course Donald Trump’s fault.

At least some politicos see the danger of the menace known as Antifa. According to The Hill, the Republicans will make wearing these masks and menacing a pretty serious crime:

The “Unmasking Antifa Act of 2018,” legislation introduced in the House, carries a potential 15-year prison sentence for those caught engaging in behaviors typically associated with the “antifa” movement of anti-fascist activists.

Under the act, anyone “wearing a mask” or in disguise who “injures, oppresses, threatens, or intimidates any person … in the free exercise or enjoyment of any right or privilege” would be subject to a fine or up to 15 years in prison.

The bill was introduced in the House last month.

Let’s see if Democrats take the bait and continue to side with the racist hate-group. In light of their anti-black rhetoric, one can only guess, “HELL YEAH!” will be the Democrats’ response.