Where did the Russian collusion story go?

Well, since there is no evidence supporting the phony conspiracy theory the left will latch onto anyone or anything they can in hopes that it will bring down the President. And the stage is now set for Michael Cohen’s lawyer Lanny Davis to be Putin’s puppet.

The left declared this past indiscretion by the President as the “smoking gun” that would finally bring down The President of the United States. They bet the farm on this one. As sure as the sun would set so would the reign of President Donald Trump. Or so they thought.

“How the Stormy Daniels Scandal Could Bring Down Trump.”-Rolling Stones headline

And now the circus clowns continue with leftists obsessing over Michael Cohen, his tapes, and whether or not the President paid Daniels using campaign funds.

It is being wildly overstated that the President used his personal funds or corporate funds to pay these women off in exchange for them signing a non-disclosure is illegal.

And yet nothing could be further from the truth. It’s a shame most of our culture does not understand that people sign non-disclosure statements EVERY DAY OF THE WEEK. And guess what? It isn’t illegal.

But the truth obviously doesn’t matter to the left in this country. Instead, they will continue to lie to the faces of the American people because they hate Donald Trump that much.

Another lie the media is feeding to the foolish is the false notion that Cohen and his lawyer Lanny Davis have partnered up in attacking Trump for the “good of the country.”

“… since he came to the judgment after Mr. Trump’s election to the presidency of the United States that his suitability is a serious risk to our country. And certainly after Helsinki, creates serious questions about his loyalty to our country.”

But these statements are highly questionable given Lanny Davis’s part in helping The Clinton’s escape jail time and by also protecting Russian and Ukraine lobbyist from the United States.

As you all may know Davis has a public past of being a dear friend of the Clintons. 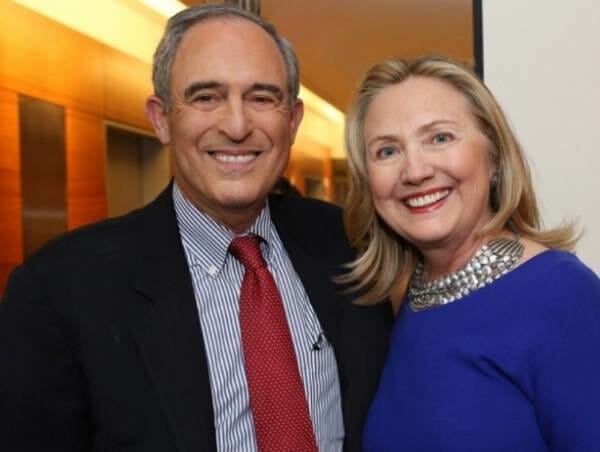 He served Bill’s administration protecting the pervert from his actual proven sex and rape scandals while in the Oval Office.

And thanks to a Wikileaks email it shows Davis also contacted John Podesta in 2015 offering his legal advice in helping Hillary in the midst of her email scandal.

Here is the email per Wikileaks: 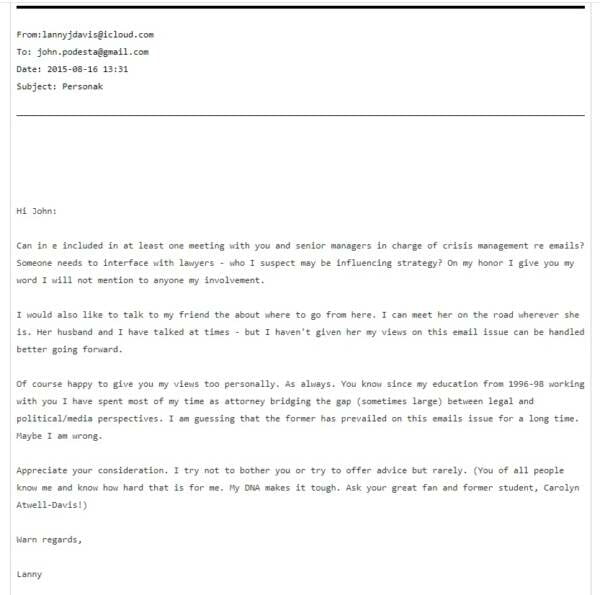 I’d like to introduce to you Davis’s client, Dmitry Firtash, a former fireman, and soldier.

In little more than a decade, the Ukrainian Firtash went from obscurity to wealth and renown, largely by buying gas from Russia and selling it in his home country.

His success was built on remarkable sweet deals brokered by associates of Russian leader Vladimir Putin.

That credit helped Firtash, who at the time backed pro-Russian Viktor Yanukovich’s 2010 bid to become Ukraine’s president, to buy a dominant position in the country’s chemical and fertilizer industry to expand his influence.

This story shows us how Putin uses Russian state assets to create streams of cash for political allies.

Additionally, it shows how Putin exported this model to Ukraine in an attempt to dominate them. Firtash was eventually arrested in Austria at the request of U.S. authorities. The United States accused him of bribery over a business deal in India. Of course, Firtash denies those allegations and is currently free on bail.

However, if he were ever to be convicted Firtash would face a prison sentence of up to 50 years in the United States. But who protected him from being convicted in the U.S?

That’s right. None other than Lanny Davis comes into the picture and covers for yet another government criminal.

In 2015, Davis succeeded in preventing the extradition of Firtash to the US.

Meanwhile, the Ukrainian oligarch spent almost $800,000 lobbying on behalf of his own personal interests in the United States.

Firtash has said the allegations against him are “without foundation” and has accused Washington of acting out for “purely political reasons.”

“The service package included legal representation, investigation, and collection of evidence in favor of the defense and correction of inaccuracies and distortions in the media concerning the image of the Ukrainian oligarch. The cost of this package was USD 60 thousand per month,” the article noted.

“In addition, Davis obliged Firtash to pay an extra $25,000 for the consulting services of Vice President of Levick Strategic Communications, Eleanor McManus.”

Furthermore, on October 24th, 2016, two weeks before the U.S. Presidential elections, the company of the Ukrainian transferred $80,000 to the account of Davis’ Goldberg & Galper PLLC.

This makes Lanny Davis a confirmed foreign agent who seeks to lobby on behalf of the Ukrainian, who also has close ties with the Russians. Don’t forget, this is still the man Davis helped avoid serious jail time in the United States.

The deeper you dig, the more you uncover.

It is astounding what you find the more research you do. These same players who are on the witch-hunt against #therealDonaldTrump are themselves connected to the Russians and other foreign entities?

Moreover, if Davis, Cohen and other leftists alike claim to be doing what they are doing as a way to “protect the country” they should practice what they preach. He who has no sin cast the first stone. No one in this political circus could even bend down to reach one.