Democrat Senators sat in a hearing, as they and their minions attempted to destroy the life of a good man.

As Brett Kavanaugh explained the anguish suffered by him and his family, Corey Booker and Kamala Harris are seen laughing together. 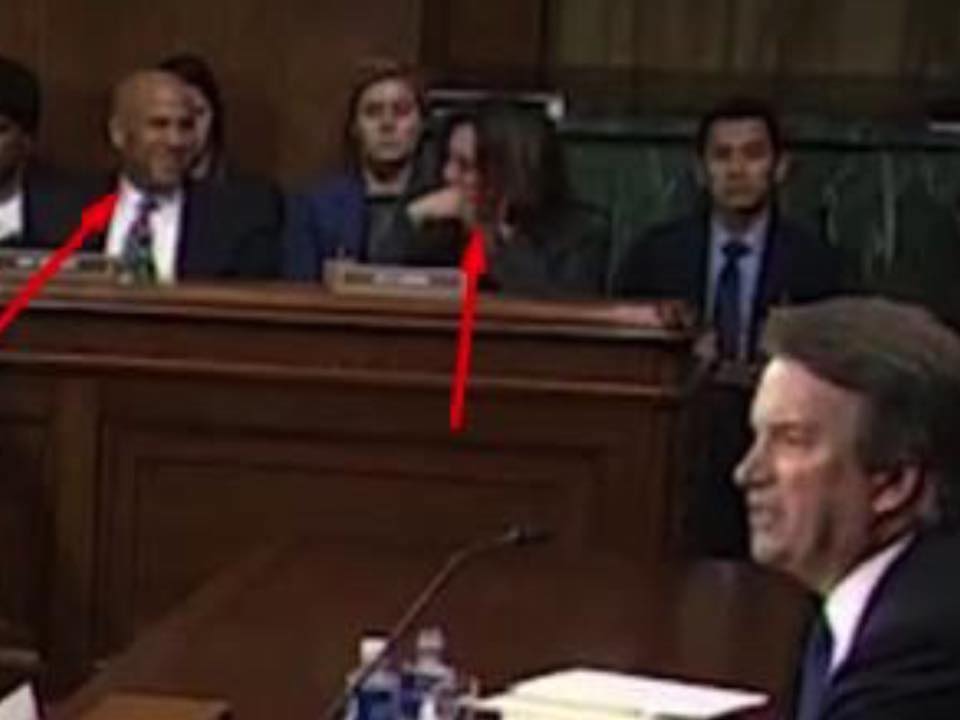 But they won’t laugh soon. They and their devious supporters will soon be rejoined with their memories of election night. You know, when Trump defeated crooked Hillary.

That “look” as they realized their fate burned in my mind forever. It’s a look I revisit at least weekly, because I take pride in the fact that Conservatives slapped the smirks off their smug faces. Enjoy! 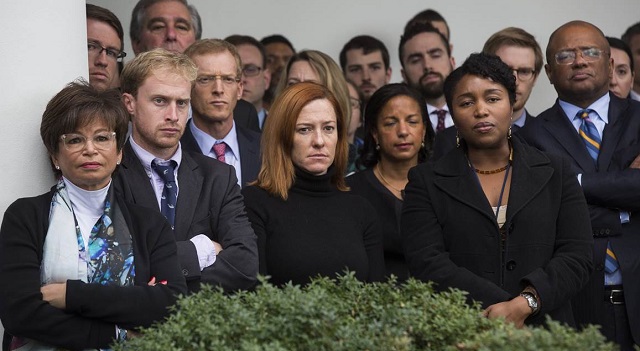 The majority of America knows what they saw during the Senate hearings where Democrats exposed the liar, Christine Blasey Ford. There was no covering up their cabal, as Ford emotionless tried to recount something that never occurred; no, not by anybody.

Any woman who has been through a real sexual assault knows exactly what I’m talking about. They will remember that Ford farce, as will everybody connected with them. The mothers and fathers, sisters and brothers of daughters traumatized by the crime of rape. The friends of real victims of rape who have consoled their loved ones, helping them understand that they remain amazing people.

I posted an article recently of women who confront their accusers, and you will see NONE of that emotion in the Ford farce.

But Democrats inside the beltway fool themselves. So they convince themselves they are winning. But the reality will come soon enough.

The polls will bear me out, as I read where an overwhelming majority, 91.4% say that campaigning in support of Kavanaugh allows the GOP to highlight how “radical and unscrupulous” the Democrats have become.

While a mere 5.3% fear that Kavanaugh has been seriously tarnished by the uncorroborated accusations, and that Republicans should campaign on local issues without mentioning Kavanaugh.

Hardly a person doesn’t understand that Kavanaugh could be ANY man. Your father, your grandfather, for goodness sake. Kavanaugh represents the future for ANY man who dare seek higher office. All the Democrats need to do decide to destroy you, and game on. One bureaucrat punches a button, and the sh*tstorm rains down on good people.

They’ve tried it with Donald Trump.

You’ve watched the Democrats try this with Donald Trump. But because Trump has the skin of a rhinoceros and the temperment of a Tasmanian devil, he thwarts their efforts. Leftists find Trump impervious to criticism, and he gains incrementally each attack.

Heard any polls on Trump lately? Not likely, because they continue to rise.

If I were a betting man, I’d bet on Kavanaugh getting the nomination, despite the deal-making the Democrats attempt behind the scenes.

You already know my stance on the mid-terms. I predicted a thrashing by Republicans over the Party of Hate, and Kavanaugh has practically guaranteed it.

The problem Democrats have is they rely too much on what they see in cities, particularly Leftist-controlled cities. DC, NYC, and so on in no way predict what the country thinks or experiences any longer. Trump knows that, which is why he’s doing rallies all over the country, filling venues, and not just those “friendly” to him. Anybody can come, unlike the faked events of Obama. Obama events were held at colleges or universities where students got extra credit to go. Or they focused on NAACP events, black churches, fundraisers. Without the “crutch” audiences, Obama couldn’t gather enough people for a good house party.

The Democrats pretend to be loving life. Yet, they are leaderless. Name me the Democrats true leader.

But not only is the Democratic Party leaderless, it’s messageless. Stop Trump is their mantra. Impeach Trump has the party split. #Resist is yet another “movement”, and I’m hearing most people ask, “Resist what?!”.

Democrats hang their hats on fake polls, and the hope they can cheat their way to a win. If they pretend to poll well, they can back fill with votes of dead people, illegals, felons, and multiple-voters.