When I consider the antics of the newest Pope, this story about nuns embezzling doesn’t shock me in the least.

This Pope concerns himself with climate change and other such nonsense. He attacked America on our immigration policy, and I wrote:

The new and very unimproved Pope seems to think he’s Obama’s sidekick. While Muslims run around the world killing Christians for sport, the Pope does essentially nothing. He has instead turned his attention to Christians. He calls us inhumane, because we won’t accept the Muslim killers in our midst hidden by the few true refugees, escaping what? Muslim atrocities.

Then the Pope has the nerve to enter into the business of America’s election. I’d be fine with it, if the Pope were to address the real despot: Barack Obama, and those who would support the man who believes that killing children during the birthing process is fine. But the Pope is not critical of Obama, and in fact is Obama’s homeboy.

The Pope instead chooses to attack the people in America who make this country work. He attacks the most loving, giving, philanthropic, humane country in the world, bar NONE, and says nothing of countries who practically sanction atrocities as part of their governing strategy. The real insult is the Pope nor any other Liberal will dare question what happens when the people of America are so overrun with illegals, that we can no longer help the world.

Meanwhile his underlings run a kiddy-porn enterprise and have for decades. And child sexual abuse is just one of the Catholic church’s problems.

Check out this story about nuns who seem to not understand what God is for and against.

A PAIR of Catholic nuns have been accused of stealing up to half a million dollars from a school to gamble at the casinos.

According to the Long Beach Press-Telegram, the nuns regularly told parents the school was operating on a tight budget while quietly funnelling off thousands in the form of fees, donations and tuition.

It was only during a recent audition of the school’s accounts that evidence was uncovered suggesting they had been taking money intended for the school and using it to fund trips to a casino where they are thought to have gambled using more ill-gotten gains.

The report indicates Kreuper was able to access funds while serving as principal at the school with the improper use of funds stretching back at least 10 years.

It also stresses that while $500,000 in funds are thought to have been spent in this manner, it may only be the tip of the iceberg.

According to the Long Beach Press-Telegram, that number “represents only what auditors have been able to trace in six years’ of bank records” and that many more cash transactions may still be unaccounted for.

Officials from the Archdiocese of Los Angeles informed parents and alumni at a meeting in Redondo Beach that now-retired Sister Mary Margaret Kreuper and Sister Lana Chang had been reported to the police over the incident.

The nuns’ order, Sisters of St. Joseph of Carondelet, has agreed to pay back the money in full though it remains unclear whether or not either the school or the pupil’s parents, will press charges.

If only the nuns had taken a couple of male prostitutes with them, we could have had a trifecta: theft, gambling, then prostitution. 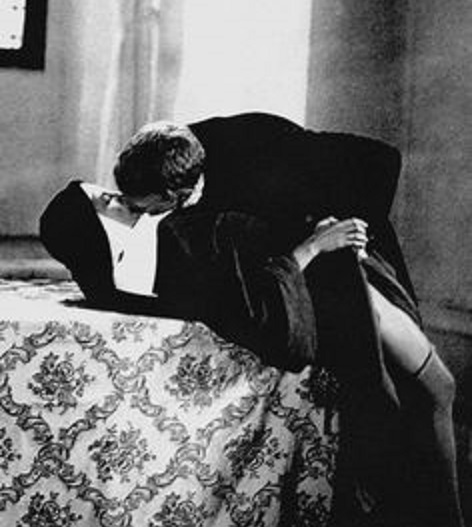 Who knows what these women stole, as auditors still dig through the church’s finances? Why aren’t these two women working for the Clintons?

In the scheme of things, these nuns did as they were taught.

Back to the nuns.

I love hearing Leftists say to me, “Democrats go to church!”. They imply that they are just as religious as Conservatives. I’m not buying it.

Deceitful Leftists love pretending they help children. But as these nuns (and many other Leftists) use children for their own nefarious desires. Do a bit more digging into the pasts of these nuns, and you will find they voted Democrat.