It’s a little too late for Smollett to use a fake apology to blow this thing over.

Even his cries of addiction won’t help now.

The Grand Jury just indicted Smollett on a whopping 16 charges related to his staged attack. Apparently, one charge didn’t do the scumbag justice. Now, he faces up to 48 years in prison and fines totaling $400,000. Of course, that’s nothing for a Hollywood A-Lister. I think Smollett should pay restitution for every MAGA hat-wearing American who took the slightest bit of heat following Smollett’s “attack.” At least that kind of consequence would hit Smollett where it hurts.

Many people speculate Smollett was nearing the end of his Empire life. Therefore, he needed a way into the headlines. But he didn’t just want to save his entitled character, Smollett got greedy. Thus, he set this plan in motion to get a raise.

Now, the same producers who were “standing by Smollett” are “considering their options.” No surprise there. Fox already took Smollett out of the final two episodes for the coming season.

There’s nothing to be gained from Smollett’s pathetic hoax. Unless we count the slew of memes entertaining the masses.

This one is my personal favorites. 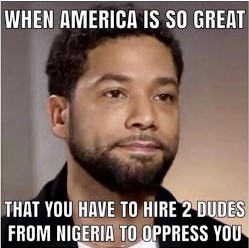 But there are plenty of good ones floating around. 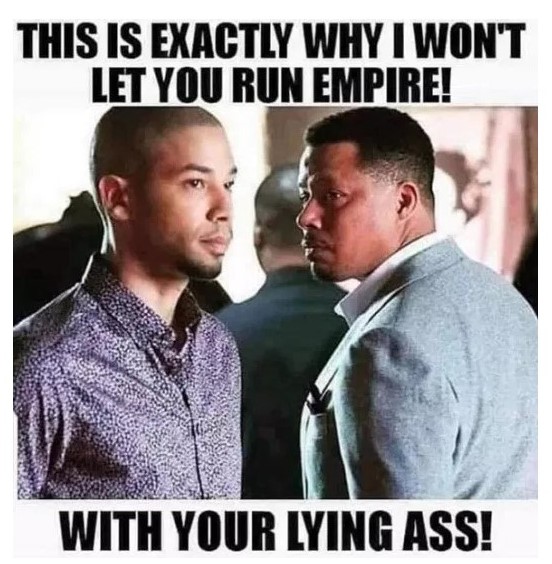 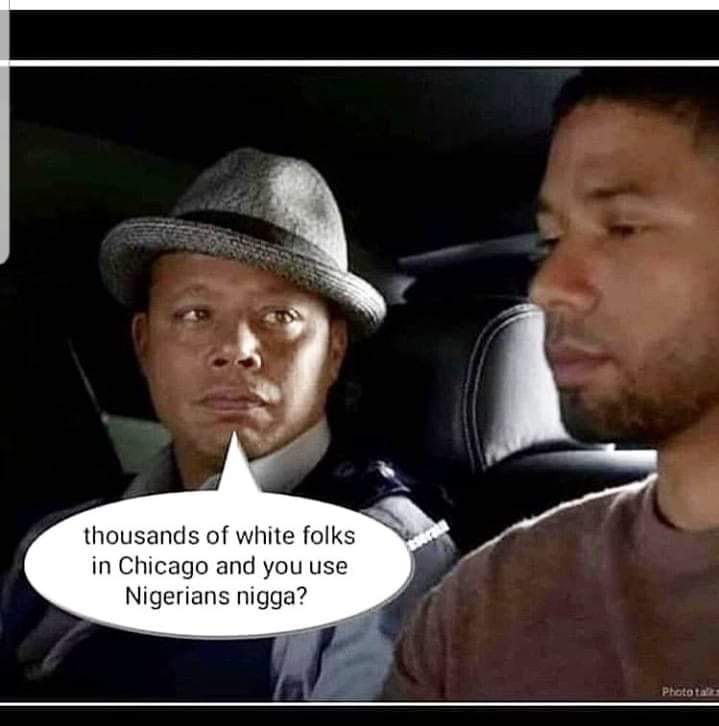 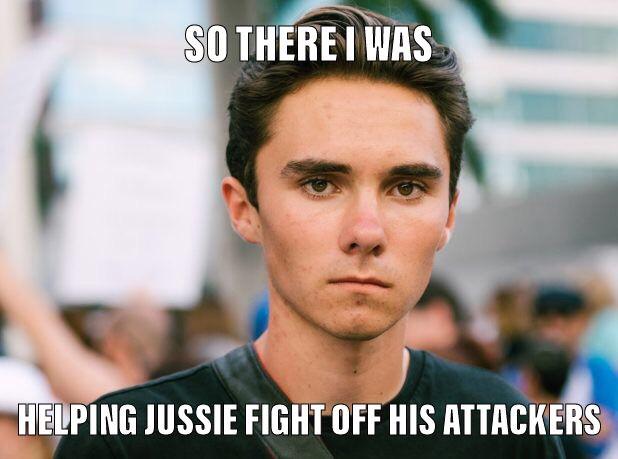 The real criminals, to the dismay of the left, were two Nigerian brothers; not two Trumpers. So liberals lose out on the chance to spew more anti-Trump rhetoric.

Sadly, the real victims are conservatives.

Just look at what Tiffany Collins said about this so-call hate crime.

From the video, it’s clear that ethnocentric racist Tiffany Collins’ biggest concern is that pro-Trump MAGA hat-wearing Conservatives might garner sympathy. And the Left can’t have people actually feeling sorry for us.

Smollett is not alone in his devious nature.

While many of these Leftists feign outrage over Smollett, many have done exactly what Smollett did in other ways.

Whether it’s the making and marketing of sex tapes or claiming their time on the casting couch wasn’t consensual, Hollyweirdos provide many examples where playing the victim ruse gets you ahead.

Look at “Oscars so White” a while back.

In that farce America saw multimillionaire black actors complaining about not getting a fricking trophy. Cry me a river, Will and Jada Smith, and all the other “kneelers” against the Hollywood machine. A machine these black clowns pull the lever on and cash out every time.

Either of the Smiths earns more money for one film than most people earn in a lifetime,. Yet, they whine because they want that white man’s trophy. After all, he’s giving it to white actors.

So victimhood, HERE I COME! And Jussie Smollett took notice.

The Left so wanted to believe Jussie Smollett. After all, he was supposedly attacked by two pro-Trump racist homophobes. Who could be a better victim than he, a black gay man?

Many Leftists hoped and prayed that these two people really existed. Leftists didn’t cheer for the real America, but the only the America they created. Because they needed to fulfill their fantasy and deranged narrative about the America they know and hate.

Then they got the bad news. Smollett made it all up.

Worse than that, Smollett had tried the stunt a week earlier with the letter to the Empire set in Chicago. When that failed, he went to DefCon1, and I do mean “Definitely Conned” his own peeps.

None of us Conservatives were conned. We’ve been trained better. We recognized the con, smelled the bullsh*t. And because of the efforts of the “early adopters”–those of us who didn’t fear the backlash of the politically-correct culture in calling BS on this story–Smollett was exposed as a self-indulgent fraud.

Now, the Grand Jury validated our stance. The only thing left for us to do is watch his sentencing play out, because clearly his career is OVER. 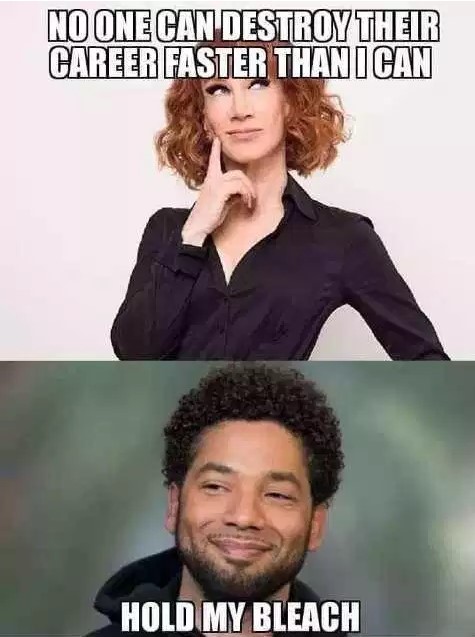 Send us your favorite Smollett meme! We don’t want to miss a single one.