Apparently the Clintons do have their limits.

Particularly when it comes to owning up to the family’s past.

In the video, you will see that Bill Clinton’s past remains a touchy subject for the Clinton family.

When she asked the former first daughter for a signature on her copy of “She Persisted,” Chelsea’s demeanor changed.

In promoting the book, Clinton explained,

When Loomer stood in front of Chelsea, she asked:

“Because this book’s for everyone, including women who have wanted to speak up but have been told to quiet down, can you sign it for a my friend Juanita Broaddrick because she’s been silenced by your parents, especially Bill Clinton, who’s a rapist. Can you sign it for her?”

What can she say about the woman who’s story has never faltered?

“I was 35 years old when Bill Clinton, Ark. Attorney General raped me and Hillary tried to silence me. I am now 73 … it never goes away.”

It appears that like her mother, Chelsea Clinton makes a fine representative for the BS women’s movement.

As we wrote of the Clintons:

Hillary Clinton is a lying scoundrel, and the Left should be ashamed that she is their top candidate to be president of the United States. That’s the best they can do.

In fact, the Left is so desperate for “icons,” they are willing to canonize a scoundrel like Bill Clinton.

The Left know that the Clintons are vile people, racists to their core, and willing to do anything to get elected.

It’s beyond time that the Left be held accountable for their lies, and their so-called leaders not be put in positions of power, but be put in JAIL!

As for Chelsea, American Spectator offered this advice.

Chelsea, if I may call you Chelsea, ignore this temptation. You are your mother’s child. You have her charm, her gift for couture, and so forth and so on. Also you are fantasizing along with your parents that American politics has not changed. It has. When Donald Trump beat Hillary he opened up a whole new chapter in American political life. Bill and Hillary, your time has come and gone. Retire to a health spa. To lift a line from the Meyer Lansky stand-in used in The Godfather Part II, “good health is the most important thing… more important than money… more important than power.”

By now we’ve all seen the disturbing portrait of Bill Clinton displayed at Epstein’s house. But that was the tip of the iceberg.

We recently learned ABC’s been sitting on a huge story for the past three years that would crucify Clinton.

As we recently chronicled:

ABC insists they’d follow the ratings if they had an explosive story. Meanwhile, a star anchor insists the story was “ready to go.”

As the Epoch Times explains:

Amy Robach spoke with alleged Epstein victim Virginia Roberts in 2015. Robach was captured on a video recorded in August, around the time of Epstein’s death, and released on Nov. 5, saying, “She told me everything. She had pictures; she had everything. And she was in hiding for 12 years. We convinced her to come out. We convinced her to talk to us.”

“It was unbelievable what we had. [Bill] Clinton, we had everything. I tried for three years to get it on to no avail, and it’s like these ‘new revelations,’ and I freaking had all of it,” Robach said.

How will Chelsea handle this development? And what else does Epstein’s suicide hide about the Clinton’s?  Now, that’s the million dollar question. 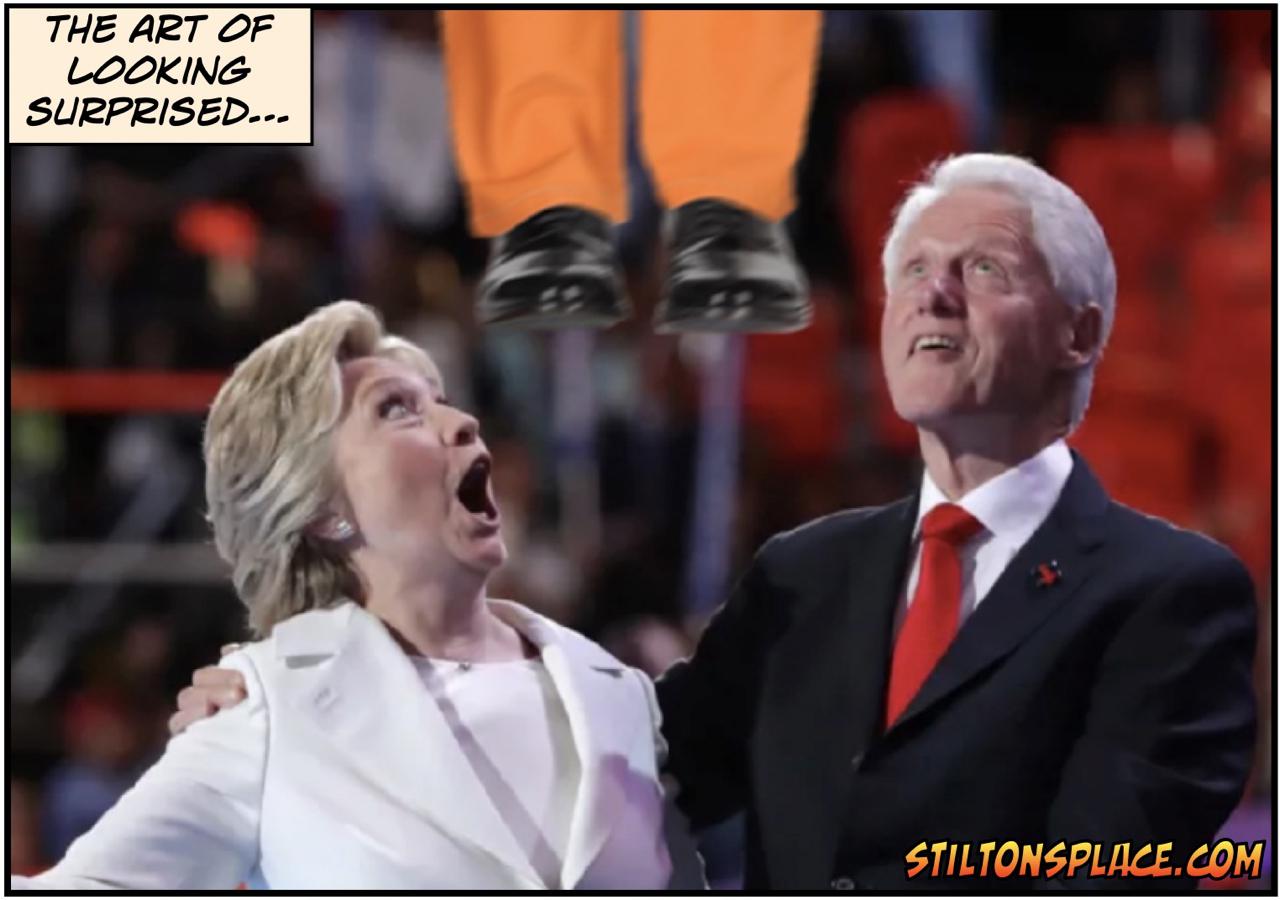