Democrats got a not so pleasant surprise on their plot to destroy President Trump with the Chinese Wuhan Virus.

Chuck Schumer posted his video in Senate chambers, where he attempted to slam President Trump on the economy. Schumer and the lot hope America’s economy enters a recession.

In order to stave off part of the attempt by Democrats to destroy the American economy, President Trump offered to offset some basic expenses for the public. He suggested a $1,000 rebate to citizens suffering due to the Chinese Wuhan Virus.

In what neither Schumer nor Pelosi could have anticipated, Democrats were outraged. And many expressed as much on Twitter.

I collected screenshots, in case Twitter decided to purge the record: 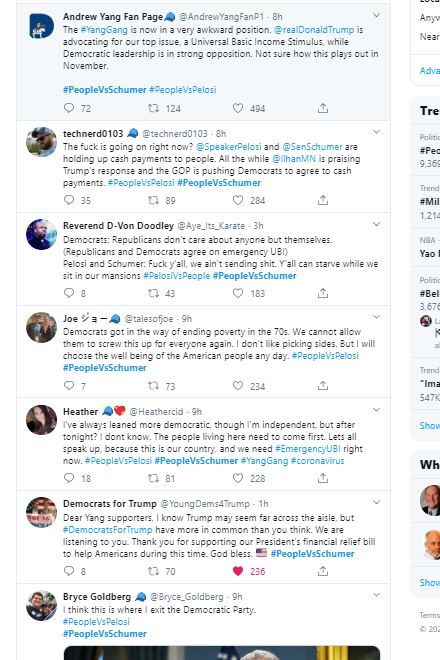 In reading some of the tweets, it is clear that Yang Gangers liked President Trump’s idea. After all, Yang himself promised UBI: universal basic income.

While Yang supporters aren’t a huge voting bloc, they all count.

But as you can see from the posts, Yang supporters aren’t the only Democrats looking at alternatives to the Democrats. Below, Nicola appears to be a self-professed, “lifelong Democrat” who now threatens to abandon the party.

In response to her, Bryce Goldberg writes, “I think this is where I exit the Democratic Party”. 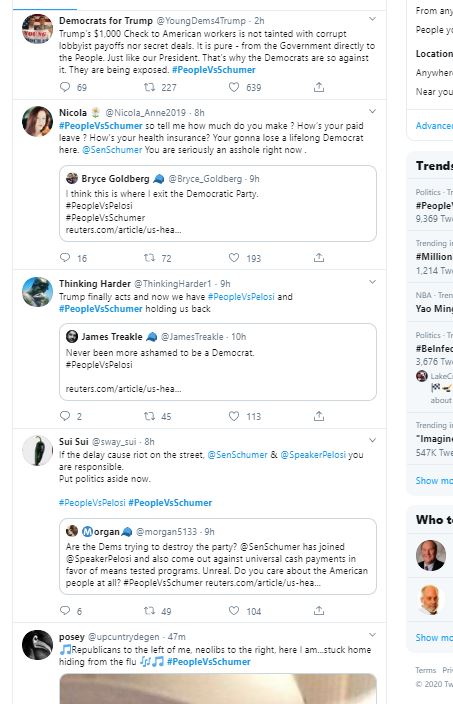 Then note some of the other comments. Few if any are complimentary of the Democrats.

How about addressing the American people being short on cash instead of settung up roadblocks since you just want to see the Republicans fail vs help America through these difficult times?

Other people speak of division by the Democrats. They speak of helping Americans and not being politically motivated. 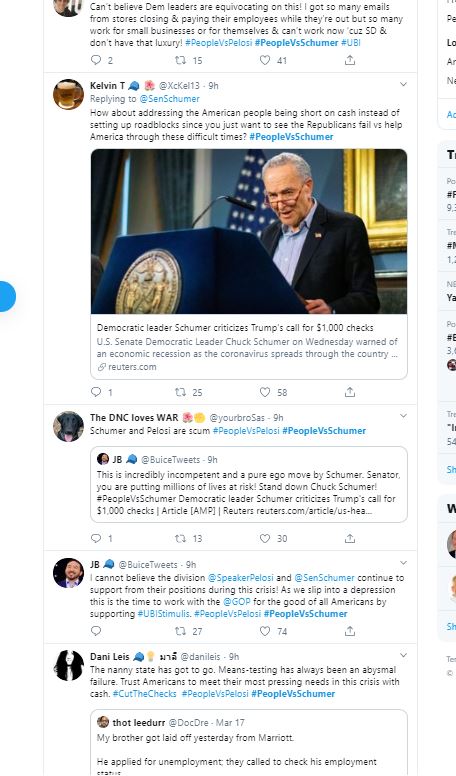 Understand that these screenshots are in order. Unaltered. If this is any indication of what Democrats are thinking, then their party is in big trouble.

In short, President Trump has taken yet another narrative from the Democrats. Democrats claim to be for the little people. But when they got their shot under Trump, they chose politics over people.

In a short amount of time, President Trump made Yang voters, Sanders voters, and other Democrats realize their party is a lie.