Democrats created the most vile group of racists in the country. Black Leftists.

And quickly the group formed a radical splinter group called Black Lives Matter. A group formed by black Marxists that now should be declared a terrorist group.

I learned from a friend in Louisville Kentucky that BLM ranks businesses on their “wokeness”. Or more specifically the businesses willingness to kowtow to BLM. My contact said that BLM even post signs on the doors of the business; marking them for destruction should they not pay up.

If this is the case, BLM uses Mafioso tactics to openly extort businesses, at worst. At the very least, the group openly intimidates these businesses. And why shouldn’t they believe it, given what happened recently in Chicago. 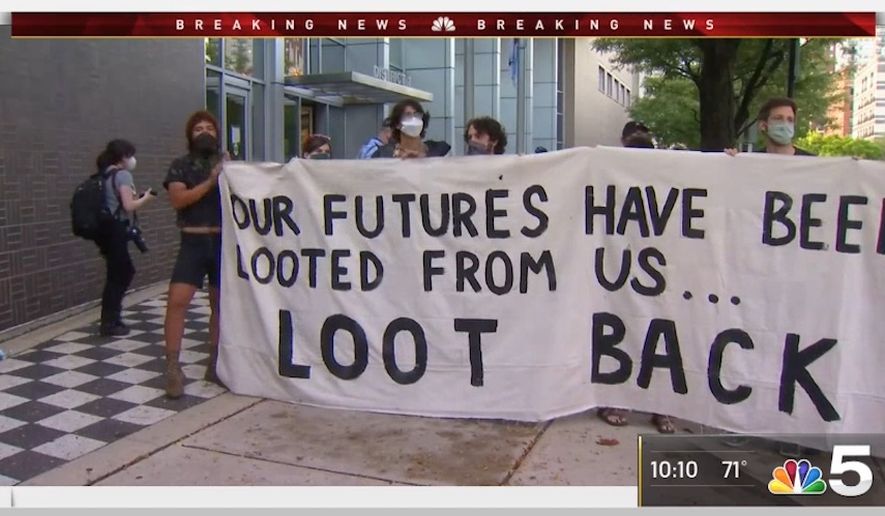 Using the latest shooting of a black man by police, thousands of blacks looted stores on the Magnificent Mile in Chicago.

And there is no misinterpreting the recent statement from Black Lives Matter Chicago. The Chicago leader of the terror group, Ariel Atkins called the organized pillage of the shops on the Windy City’s Magnificent Mile restorative justice.

Ariel Atkins: A lot of people are really attacking our pages. They’re like, ‘Oh, you support the looters.’ And yeah, we do, 100%. That’s reparations. And like however people choose to protest, especially if it was definitely in line with what happened with the shooting, which would be powerful to see people reacting … without organizers just being like, ‘We’re angry and this is what we’re gonna do. We’re gonna take the power back.’

I feel like these stores, these Macy’s, these Guccis, the PNC Banks, they’re not here for us. The city puts way more money and investment into spending time and protecting their spaces and making sure that they exist. And yet our people are constantly being pushed out of the city. … Unemployment is incredibly high, like we are in an incredible situation, and the fact that anybody gives a s*** about these businesses over what is happening in this city right now and the pain that people are in and the suffering that is taking place, I don’t care. I will support the looters ‘till the end of the day. If that’s what they need to do in order to eat, then that’s what you’ve got to do to eat.

So for all the “woke” white enablers, know that BLM makes no distinction about where they get reparations.