The link is out where one can read Hillary Clinton’s State Department emails.

I read through a few. Many were from people kissing Clinton’s rather roomy buttocks. I’m guessing many in DC were afraid of being politically (or otherwise) wacked by Clinton. So whatever she did, they fawned all over it.

Like those hideous glasses she wore during the Benghazi hearings. Be sure to have your barf bag handy if you read a few of those. “Oh, and wear the glasses!” Yuck!

I’m confident that many organizations are currently reading through every single one of these messages. And brilliant minds are connecting the dots on what we know Hillary Clinton did.

As I wrote the other day, just the notion that the world will see her emails likely made her lose bladder or bowel control. And I predict old Hillary had an “Oh SH*T!” moment when Secretary of State Mike Pompeo made the announcement to declassify her emails.

I mentioned earlier that I peeked around at a few of them, guided mostly by the titles. Hopefully people with a longer attention span than I will be more thorough.

Still, after only selective viewing, I did find a couple of things to be suspicious. For example this email regarding Rasmussen: 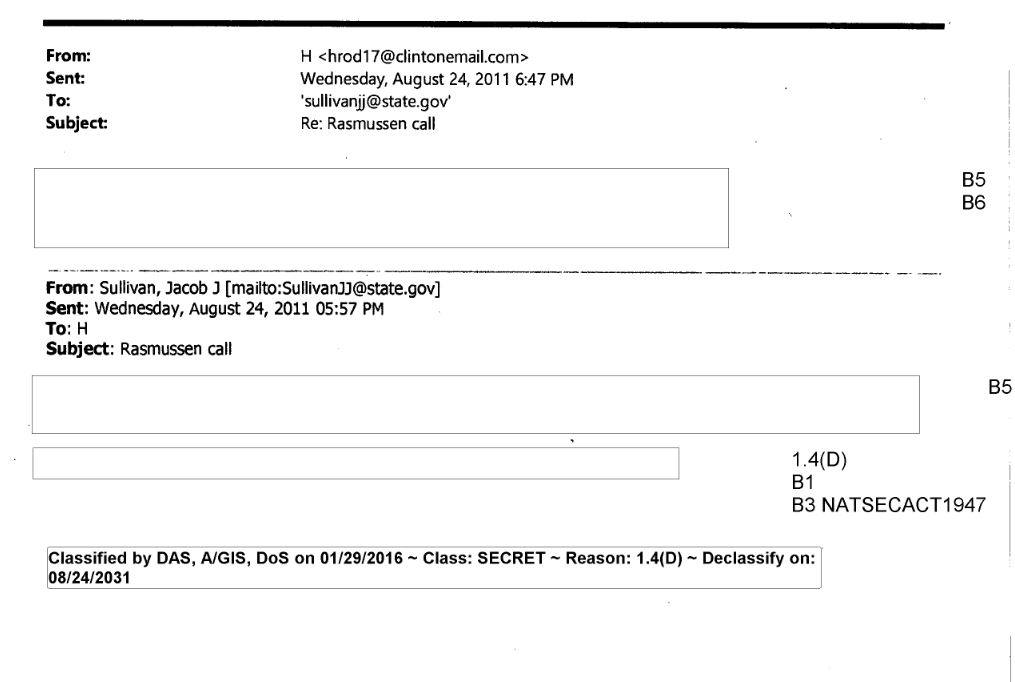 What is the Rasmussen call?

This email will be declassified on 08/24/2031. That’s a long time for this to remain classified. So what is the Rasmussen call all about.

Oddly, I found other emails related to Rasmussen and they too are classified until much later. So what gives?

Did Clinton use Rasmussen to manipulate polling data? I have no idea. But I wouldn’t be surprised if she attempted to orchestrate “enthusiasm”. She certainly couldn’t get it organically.

Maybe some researcher can provide more clarity on this?

Next, the title Price Waterhouse Coopers caught my eye.

The Clintons have history with PWC. As the Washington Free Beacon chronicled, tax problems arose with The Clinton’s shady foundation.

Following publication of this article, a spokesperson at PricewaterhouseCoopers told the Washington Free Beacon that it addressed the lack of disclosure of foreign grants in previous Clinton Foundation tax filings.

PwC, which took over accounting duties for the Clinton Foundation for its fiscal year 2013 filing, noticed that previous filings by the Clinton Foundation did not “break out” the list of foreign grants it received. Accountant Laura Parello “recognized that and came to the conclusion that they had to be disclosed for the 2013 return,” according to the spokesperson.

PwC also said it is not conducting the current review of Clinton Foundation tax returns, which the foundation says will “likely” result in multiple years of tax forms having to be re-filed.

Bill Clinton put the blame for his foundation’s foreign donor scandal on the accountant who filed its taxes in his Monday interview with NBC News.

“There was no attempt to hide [donations],” Clinton said from Kenya. “The guy that filled out the forms made an error. The guy put it on the wrong form … I can’t explain why they didn’t do it—all I can do is fix it.”

In the wake of the scandal surrounding the foundation’s foreign donors, chief executive officer Maura Pally said mistakes were made in tax filings and that multiple years of tax forms will “likely” have to be re-filed after an external review is completed. 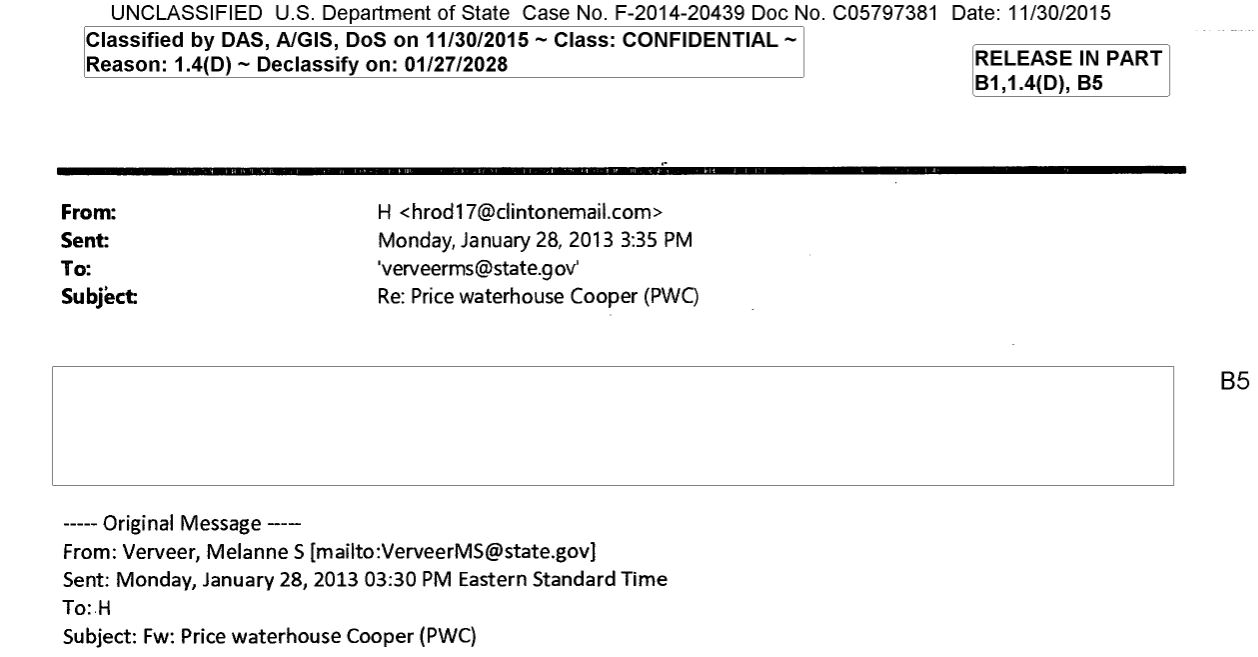 Info related to PWC classified until 2028. Shady, to say the least.

To see the document, click on the link to Clinton’s emails above, then search for whatever you are looking for. In this case, a search for PWC will reveal two emails.

Search “Russia”, and you get 11410 records. That’s a lot of discussion. And I’m sure it will provide very interesting reading for researchers.

Finally, here is a screenshot of Clinton’s policy on China. Verify the information for yourself, but it falls in line with Obama’s foreign policy; a disaster. 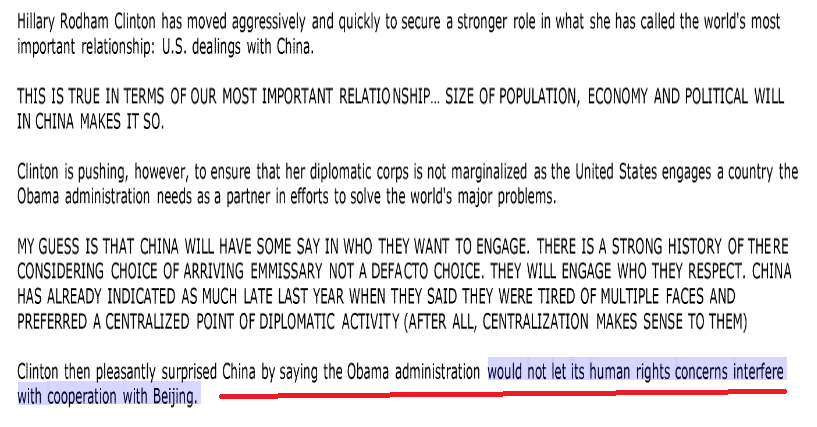 It will be a fun few weeks leading up to the election. And while this email dump is Clinton-related, it will impact Democrats as a group.