The voting machine manufacturer Dominion dominates the news these days. All indications are that the company pulled a fast one in the U.S. presidential election. And who knows where else Dominion imposed its will on the electorate?

But aside from the bombshells due to come from President Trump’s legal team, we get new developments from Dominion. Meet Eric Coomer of Dominion Voting Systems: 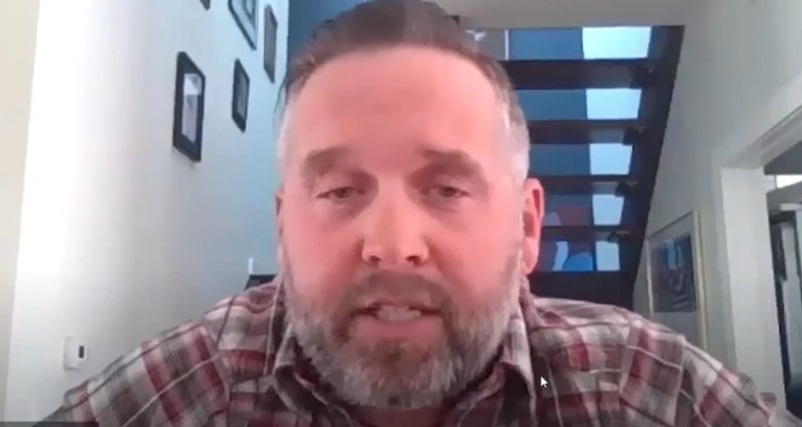 According to News Thud,

“Don’t worry about the election, Trump’s not gonna win. I made f**king sure of that!”

In 2016 Coomer told the Illinois States Board of Elections that it was possible to bypass election systems software. And, the graphic below provides details.

And apparently, somebody with “access” did exactly that for Biden and the Democrats. At this point, Americans have to wonder if any elections in the past decade have been legitimate.

In a really interesting development, Eric Coomer’s profile as director at Dominion Voting Systems was recently scrubbed from their website. So, why this move at this time? Undoubtedly, America will soon know a lot more about this move.

According to The Gateway Pundit, Coomer joined Dominion as VP of engineering in 2010. Coomer was later promoted to Voting Systems Officer of Strategy and Security. In this position, Coomer would be able to accomplish what he spoke of in 2016.

FEC (Faith Education Commerce) United founder Joe Oltman reveals he infiltrated Antifa, which is how much of this information about Coomer surfaced.

While working undercover, Oltman says that he was involved in a conversation with Antifa members. He discovered “Eric from Dominion” was allegedly part of the chat during the week of September 27, 2020.

Oltman explained in a interview with Michelle Malkin that “Eric” was telling the Antifa members they needed to “keep up the pressure.”

Oltman said that as the conversation continued, someone asked, “What are we gonna do if F**king Trump wins?”

Oltman paraphrased how Eric (the Dominion guy) responded: “Don’t worry about the election, Trump’s not gonna win. I made f**king sure of that!”

After Oltman finished the call, he started to investigate “Eric from Dominion,” in Denver, CO, and came upon Eric Coomer. Of course, Oltman admitted that it didn’t make sense for Eric Coomer to be the Antifa member on the call. Further, he added that he knew nothing about Dominion Voting Systems.

What prompted his investigation that eventually uncovered Coomer was when he started hearing about Dominion Voting Systems. He then remembered the remarks made by “Eric from Dominion” on the Antifa chat.

In his search, Oltman’s investigation finally paid off. As News Thud describes it, he hit gold when he was able to (legally) access the Facebook page for Eric Coomer of Dominion.

Oltman explained to Malkin that Coomer actually re-posted the Antifa manifesto to President Trump on his Facebook page; a copy of which was posted by The Gateway Pundit. To see the vitriol Coomer held for President Trump, look at what he posted by clicking the previous link.

I suspect the Trump team knows much more about Coomer. Particularly in light of his removal by Dominion from the technical management team.