Symbolic Representation is as Old as Time.

Symbols and logos have been part of human culture since its inception.  They are a means of identifying one’s self as associating with a group that stands apart from the rest of society.  Secret societies have built a legacy of erecting symbols hidden in plain sight, but are only understood by a select few.  Understanding these symbols and translating their meanings is what gave way to the early alphabet.  In other cases, awards and accolades bestowed upon heroic champions have their own symbolic legacy.

It is no different in the military, a professional occupation, corporate business, or in sports.  The uniform, as TV-spy Michael Westen once eloquently explained on an episode of Burn Notice, has symbolic meaning:

There’s a reason armies wear uniforms even though they make them easier to spot. Sometimes, that’s what you want. Uniforms suggest organization, power and numbers. These, in turn, inspire fear. And as any good operative knows, there’s no more effective weapon than fear.

In our modern world there are societal symbolisms that do not require the likes of a Dr. Robert Langdon to interpret.  One of the easier examples is the so-called ‘Awareness Ribbons’.

The use of various colored ribbons is designed to create public awareness to health, medical conditions, disability, and other issues. Awareness ribbons are defined as short pieces of colored ribbon folded into a loop, or representations of such, which are used in the United States, Canada, Australia, UK and other parts of the world as a way for wearers of the ribbon(s) to make a statement of support for a cause or issue.

Many different groups, foundations and organizations have adopted ribbons as symbols of support or awareness – as a result, various causes may often share the same, or similar, ribbon color(s).

Originating from the ‘yellow ribbons’ that were tied around trees to honor a loved one who was far off serving the military, the yellow signified the yellow stripe on a cavalry officers’ pants legs.

However, in the late 1980s activists took the tradition and made it their own.  Soon, there was an awareness ribbon for nearly every cause, and the ribbons aided an entire political class by visually demonstrating that “they cared!”  They were “aware” of the plight.  “Look, I am wearing the ribbon!”  It was the ’90s precursor to wokeness.

As the late-great Rush Limbaugh once demonstrated on his TV show:

Soon after 9/11, a patriotic fervor swept across America.

Flag imagery has been intricately tied to moments of crisis or conflict over the past four decades.

Then came 9/11. Taking a page from the Nixon Administration, George W. Bush and his aides all donned pins. So did many anchors on Fox News, though not Bill O’Reilly, who said at the time “I’m just a regular guy. Watch me and you’ll know what I think without wearing a pin.” ABC News, on the other hand, prohibited its on-air reporters from pinning on the red, white, and blue, citing a desire to maintain journalistic credibility.

As befits a tradition that reached its height during the Nixon years, flag lapel pins have — fairly or not — become to many a shibboleth of America’s War on Terror, and a symbol of the “either you’re with us or against us” ethos that has often prevailed since September 11, 2001.

The trend continued through most of the 2000’s until then-presidential candidate Barack Obama brought the overt display of patriotism to an immediate stop.

The standard political reply to that question might well have been, ‘My patriotism speaks for itself.’

But Obama didn’t say that.

“You know, the truth is that right after 9/11, I had a pin,” Obama said. “Shortly after 9/11, particularly because as we’re talking about the Iraq War, that became a substitute for I think true patriotism, which is speaking out on issues that are of importance to our national security, I decided I won’t wear that pin on my chest.

“Instead,” he said, “I’m going to try to tell the American people what I believe will make this country great, and hopefully that will be a testimony to my patriotism.”

Obama was ‘too cool’ for that, and greenlit the Left to become more critical of American policies, both foreign and domestic.  Thus, further widening the gap between Republicans and Democrats.

It’s For Your Own Safety

In the early months of 2020 as the Covid pandemic was spreading around the world, and America was shutdown, remember what Albert Einstein once famously said:

Thus, Congressional Democrats and political opportunists within the government sprang into action equally inspired by the words of Rahm Emanuel:

What soon followed was a sudden rush to Authoritarianism that rose at breakneck speed.  A new unifying symbol was needed in what was already then being dubbed “this generation’s 9/11.”  An early 2020 manual put out by the Chinese Centre for Disease Control and Prevention recommended the following steps:

4. Open the window frequently for ventilation.

7. Wear a mask when going out.

Does any of this sound familiar?

But from the beginning there were many who questioned the effectiveness of wearing masks.

The New York Times asked at the time:

There isn’t much high-quality scientific evidence on their effectiveness outside health care settings, experts say. Most of the best studies, which are randomized controlled trials, focused on how well surgical masks protect health care workers in hospitals from picking up infections from sick patients, and found that consistent use of them helped.

Dr. Julie Vaishampayan, chairwoman of the public health committee for the Infectious Diseases Society of America, said surgical masks are really “the last line of defense.”

The masks will, however, block most large respiratory droplets from other people’s sneezes and coughs from entering your mouth and nose, said Dr. Amesh Adalja, an infectious disease physician at the Johns Hopkins Center for Health Security. Coronaviruses are primarily spread through droplets, he said.

Originally, another critic of mask use was Dr. Anthony Fauci.

Nevertheless, the Chinese state media were the loudest advocates for the use of masks as the primary means fighting Covid, with American pop-culture soon following.

Its Your ‘Patriotic’ Duty

Fauci would do a complete 180-degree flip (one of many) going from mask critic to reinventing himself as the messiah on mask wearing.

REMEMBER:  One mask was not enough!  Americans had to be wearing TWO masks.  However, even that was not enough.  Americans also had to wear goggles and face shields with their two masks.  Fauci portended that Americans would continue to do all of this through 2022, even if fully vaccinated!

But how to get millions of Americans to willingly comply?  Appeal to patriotism!

Popular Science rallied to the cause:

The Oxford English Dictionary defines the word patriotic as, “having or expressing devotion to and vigorous support for one’s country.” With cases of COVID-19 surging in many US states, wearing a protective face covering is indeed a simple and effective way to help protect your country from sickness, death, and further economic upheaval.

Other countries have long considered medical masks a sign of good citizenship and patriotism.  is considered a sign of high civic responsibility—otherwise known as patriotism. Wearing a mask is not a symbol of weakness or fear; it’s a sign that you want to minimize the pandemic’s impact on your country and the people in it.

If you want to express devotion and vigorous support for your country, you should do everything in your power to help minimize the spread of COVID-19. Even if your state or county has largely returned to business as usual, you can choose to minimize activities known to increase spread—and to wash your hands, wear a mask, and practice social distancing whenever possible.

With the energetic vigor of an old World War II celebrity bond drive, the message of mask wearing flooded across all forms of mass communications.

And for those who refused to comply, there would have to be consequences.  And as we previously reported, severe public consequences would need to be required.

Just remember what happened to Cosmo Kramer when he refused to wear that awareness ribbon:

Asked by CNN whether the House’s mask mandate would be relaxed, House Speaker Nancy Pelosi on Thursday said, “No. Are they all vaccinated?”

Her decision, which was outlined in updated guidelines issued Thursday night by Congress’s attending physician, drew swift backlash from Republicans who have long bristled at mask requirements. In a letter dated Friday, 34 GOP lawmakers urged Pelosi to drop the House’s pandemic restrictions.

The Republican pushback highlights the lingering partisan furor over mask mandates even as vaccinations and public health restrictions have helped drop coronavirus deaths and new infections to the lowest numbers since the onset of the pandemic.

Some Republican lawmakers, though, accused Pelosi of grandstanding on the issue and ignoring science on the risks of transmission. Rep. Bob Gibbs (R-Ohio), who spearheaded the letter to Pelosi, called her stance “Mask-erpiece Theater.”

Pelosi (D-Calif.) pointed toward a lingering number of unvaccinated House members as part of the decision to keep mask rules in place on the House floor. Pelosi said last month that roughly a quarter of legislators have yet to receive a coronavirus vaccine and noted: “We cannot require someone to be vaccinated.”

Some Republicans have said they aren’t getting vaccinated because they’ve had covid-19, the disease caused by the coronavirus, and now have antibodies. Others, including Rep. Marjorie Taylor Greene (R-Ga.) and Rep. Madison Cawthorn (R-N.C.) have publicly declined to take a vaccine.

Ever the hypocrite, whereas Pelosi runs around DC and San Francisco maskless, she enforces her House rules with an iron hand to dissuade all detractors.  Hence, this has trickled down to the states and private businesses.

Many major corporations have begun lifting their in-store mask mandate rules.  A hint of common sense is slowly beginning to creep back into the conversation.  However, there is one problem lingering for our newly appointed overseers to concern themselves over.

Small businesses that were able to ask customers to mask up by pointing to state or local laws are now entering new territory.

The U.S. has no vaccine passport system, so compliance with the new rules falls to an honor system. Walmart said workers simply have to answer a vaccination question on a daily health assessment to be eligible to go maskless. Its fully vaccinated employees no longer have to wear masks.

How does the government and business community really know beyond personal integrity  whether or not someone is fully vaccinated without sounding like a secret-police agent in a spy movie?

Thus, while American people are now starting to ask “when is this pandemic officially over?”, the American political class has attained more power over the people than they could have ever dreamed, and they are not letting go of it.

Furthermore, while other parts of the world contend with the ramifications of Covid, China emerged stronger.  In fact, Beijing and Wuhan have been declared “cleared” of the virus.

But Dr Fauci’s current mantra is that mask wearing is now going to become a “seasonal” norm of daily life:

Welcome to the New Normal! 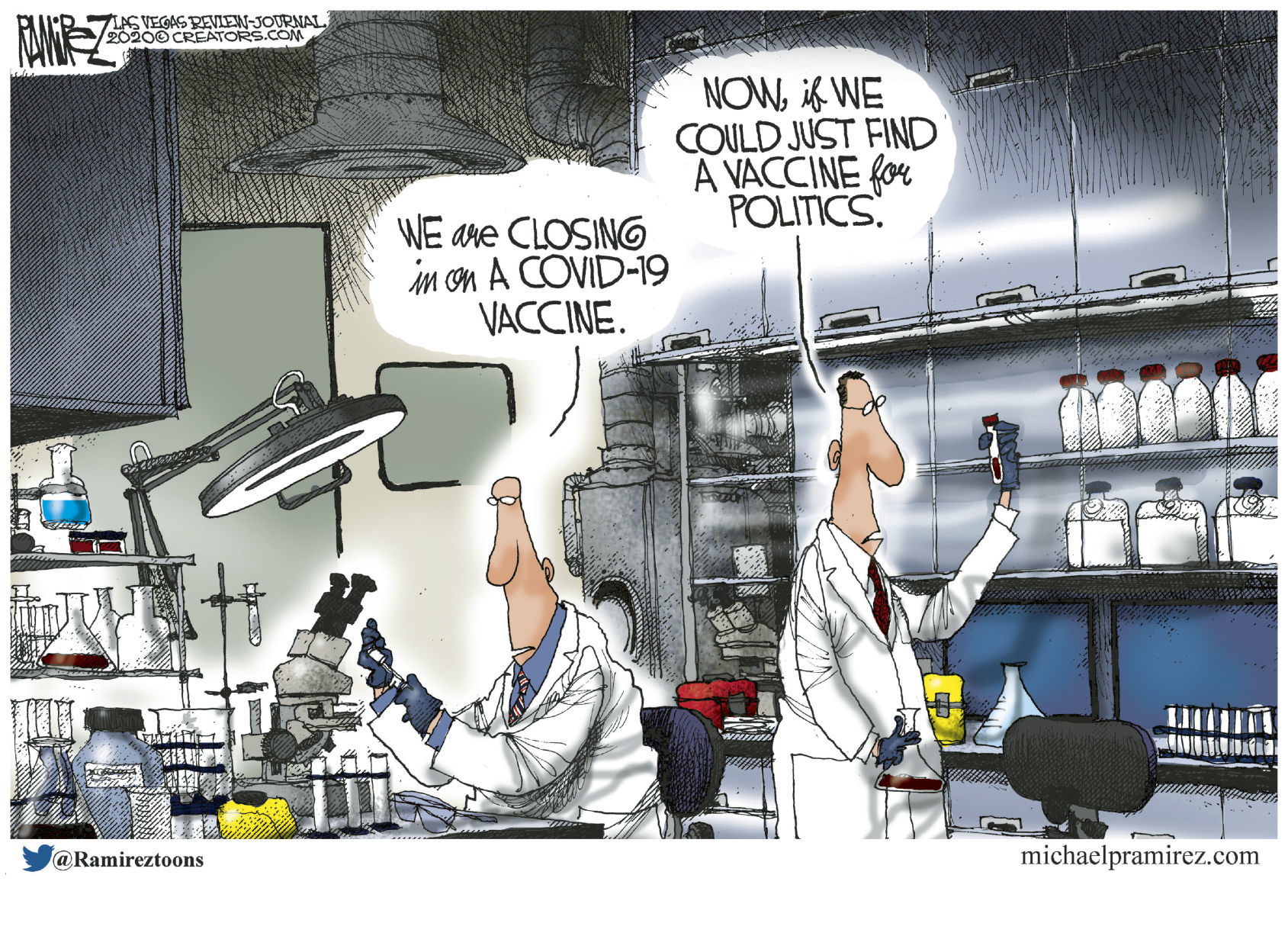