Can we add another body to the “Clinton Body Count?” Who knows? But given what the Clinton Gang has done in Haiti, people are asking questions.

Why? Because the Haitian president was assassinated. Like the Clintons, he wasn’t well-liked. 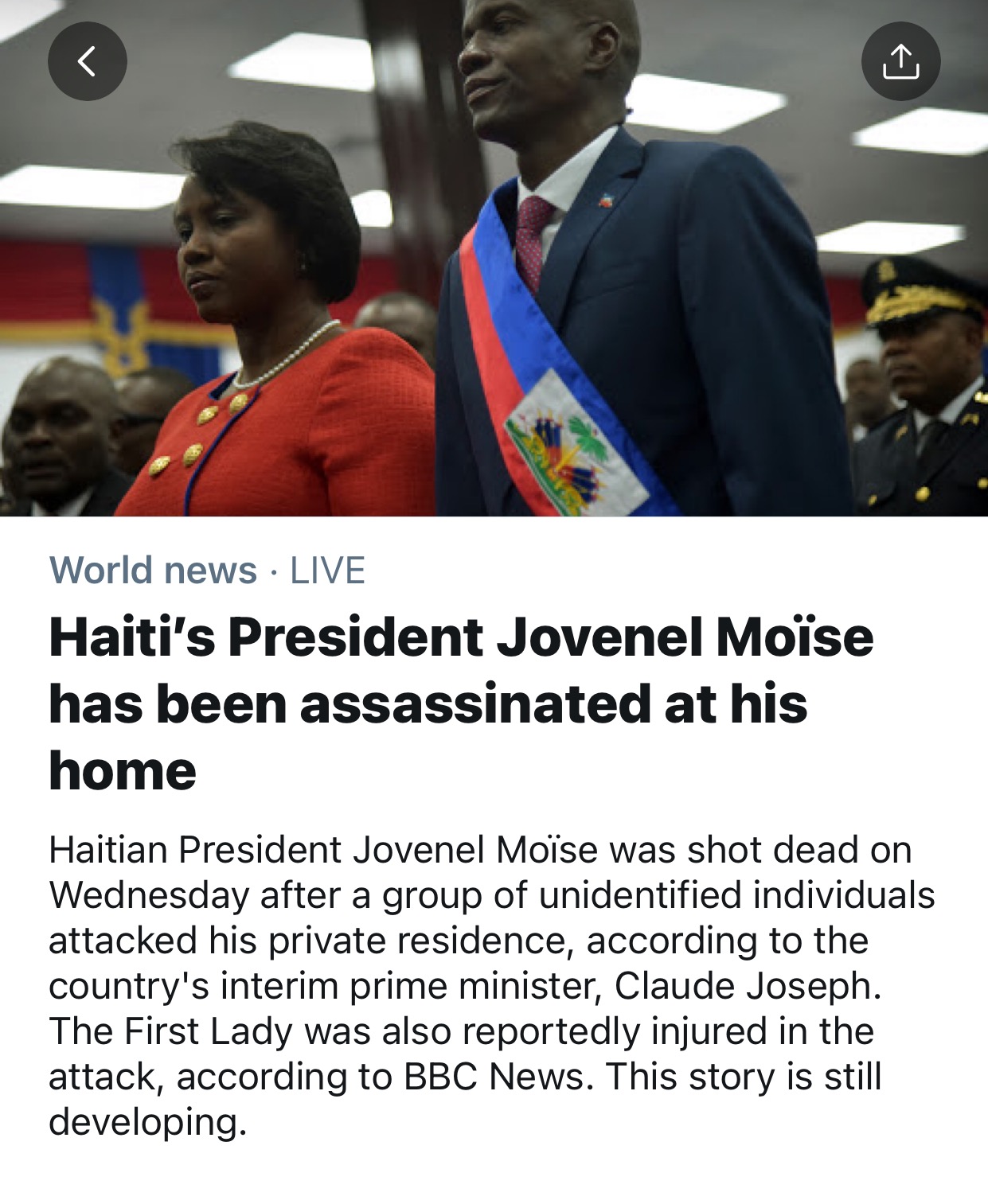 Here’s what we’ve learned so far about the assassination:

Moïse, 53, was killed in a gun attack at his home outside Port-au-Prince around 1 a.m. Wednesday.

The killers were earlier described by Bocchit Edmond, Haiti’s ambassador to the US, as “well-trained professional commandos” who were feared to have already fled the country.

Edmond earlier Wednesday also called the assassins “foreign mercenaries” who tried to pass themselves off as agents of the US Drug Enforcement Administration.

First lady Martine Moïse was also wounded in the attack. She was flown to Miami for treatment in critical, but stable condition.

Ironically, as details regarding the assassination emerged, the Clintons became the hot topic around the water cooler. 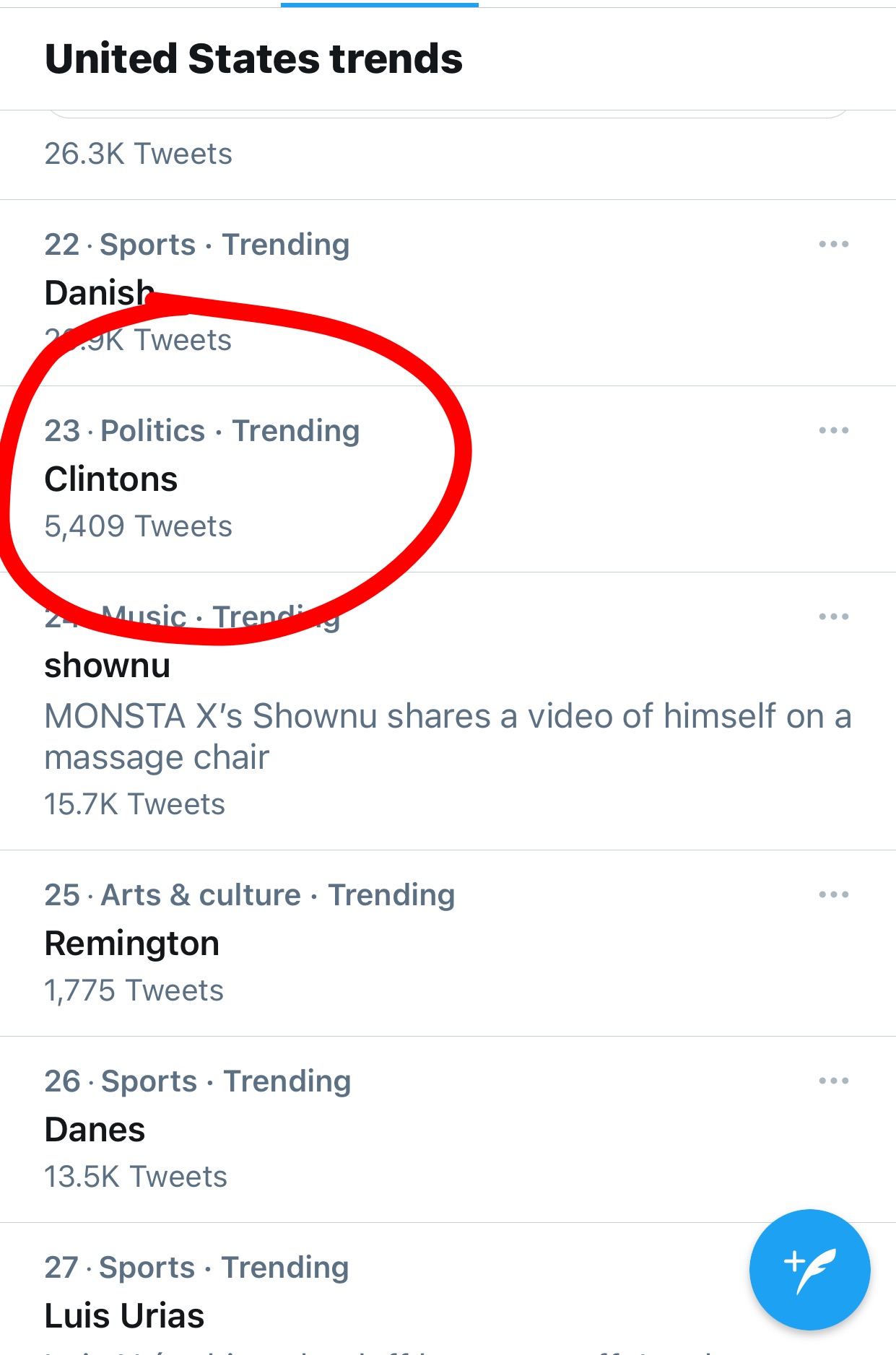 Social worker turned congressional candidate Lavern Spicer wondered exactly what skeletons were being permanently locked in the closet with this assassination. Did the now deceased former president of Haiti get too close to the Clintons?

Ginger Gano recalled the bitter history between the Haitians and the Clintons: 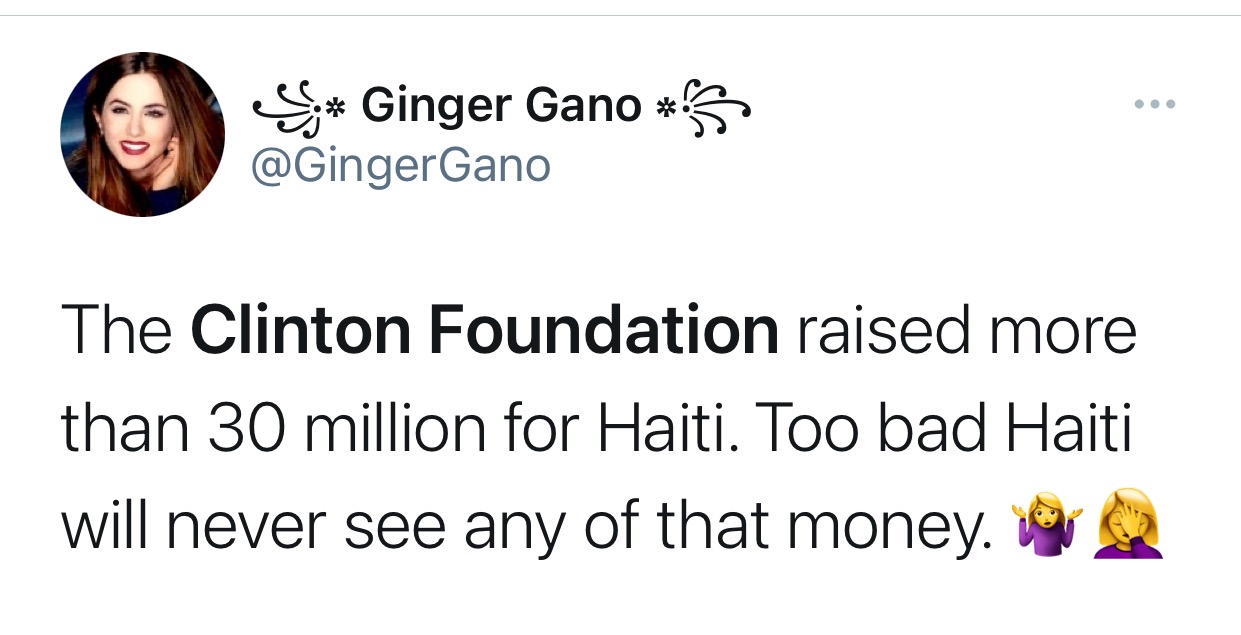 I think they built like Five homes with that. Money.

In what I can only describe as ludicrous, as I read through the Twitter replies, I came across two that were “blocked” from view. A warning said “the following comments contain offensive material. Show anyway?” Well, I’ve never been one to shy away from a little “adult content,” so I clicked yet. And this is the first post that needed hiding.

Where is the investigation of the Clinton Foundation?! ?‍♀️?

Did Haiti’s President PO the Clintons too?

Are these tweets catty? Sure. But so offensive they need a disclaimer? I think not. Kindergarteners can handle this kind of rhetoric. As long as they’re growing up in conservative households, and not under the mental duress of leftism.

I’m sure tens of thousands of people will spend the next few days waiting to see if there is some kind of connection between the Clintons and this assassination.

Bill Clinton and the now former President of Haiti pic.twitter.com/fwb4HQAhOs

I swear …. the dog ate the charitable donations pic.twitter.com/gcRGDhI6P6

Clearly, a lot of different theories are running amuck right now. Yet, we don’t have much proof to put in the pudding. All I can tell you is that if it looks like a duck, quacks like a duck, and walks like a duck, then it’s probably a duck. Even if you don’t have the duck DNA to prove it.