Most of us don’t remember the Great Depression first hand. We read about it in our history books. We heard our grandpa’s stories. We saw the images in a museum.

But there’s a certain detachment that comes from never actually being in the trenches.

I remember watching my great-grandmother wash and reuse tinfoil. I couldn’t understand it, but my mother simply said “she lived through the depression,” and the tone of her explanation told me everything I needed to know. Of course, I took for granted that the depression was part of history. I never thought my children could one day “I survived the Biden Administration.”

Clearly, I’m not being dramatic here, because the man has screwed the pooch on every front. He destroyed our border security and ruined our energy independence. Moreover, Biden’s unemployment rate is erasing Trump’s record lows. Joey Demento put us back in precarious situations Trump rescued us from, such as the Paris Accords. Further, after promising unity, his policies continue to deepen the divide between Americans. Let’s not pretend we don’t know just how big of a disaster the Afghanistan withdrawal is.  And adding insult to injury, Biden’s a flat out embarrassment. There’s no way around it. All we can do is turn our eyes towards 2024 and pray we get through three more years of this hell.

Donald Trump might as well walk the streets wearing a T-shirt that says: Miss me yet? 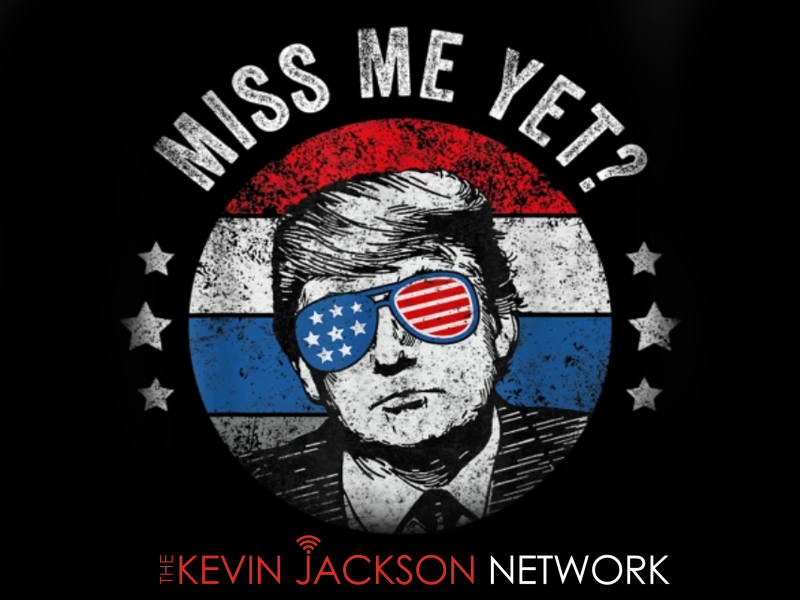 People are finally seeing the mistake they’ve made giving a clown such serious shoes to wear. Now, the question is “will he run?”

We have no choice!

Trump clearly understands the dilemma we’re in. And he knows what’s got to be done. We’ve got to kick the clown to the curb and bring back the big guns.

“I don’t think we’re going to have a choice,” Trump told Fox News. “It is disgraceful.”

Trump went on to bill the Biden administration’s withdrawal of U.S. military assets from Afghanistan as the “greatest embarrassment in the history of our country.”

Trump went on to slam President Biden as “an incompetent person as the leader of our country” and called his administration “divisive.”

“They keep telling everyone how they want to get together, to be inclusive – they’re not inclusive,” Trump said. “They are very, very dividing and divisive.”

“It is getting to a point where we really have no choice,” he added.

The recent failures in Afghanistan have millions of Democrats seeing the light. But it’s not just Biden’s lunacy that has Americans feeling buyer’s remorse. It’s also the true image of Trump, which despite leftists attempts, can’t always be twisted into something offensive.

The recent passing of 9/11, America’s darkest day, reminds us of the character Trump truly possesses.

In fact, I saw one Fox News clip in which a picture of Trump with the NYPD hit Americans in the heart.

Steve Hilton put it into words:

“You know, we’ve had 9/11 this weekend, of course. There was something that happened this weekend. I don’t know why, it just really sort of pointed out the contrast, I think, between what we have seen from Biden and the White House over the past month or so and what we had with President Trump, because this picture with President Trump on 9/11, he chose to spend it with police officers and fire department of New York and just really — look at that picture. There is something about that photo of him. There is strength there. I don’t know what it is, it was very powerful to me. It really showed the contrast with this Biden regime.”

He’s not just some billionaire that was bored and decided to become President. He’s a patriot. Donald Trump sat in the Oval Office as a favor to all of us, and to make America great again. Then, Donald Trump succeeded.

We had jobs. We had gas money. And we had our pride again. Right now we have none of that. But 2024 will turn the tide.