The Left finally attacked weather, declaring the natural phenomena racist. Black Leftists joined the chorus of “climate change” because they discovered money there.

The Root wrote that climate change is a civil rights issue:

As we honor the 40th anniversary of Earth Day and pay homage to the gifts of air, water, land, flora, fauna and the rich diversity of the animal kingdom, we must acknowledge that not all of the earth’s inhabitants have equal access to basic essential elements of life and well-being. Continued and progressive deprivation is a looming threat, in the form of climate change, to communities of color in the United States and countries predominated by people of color worldwide.

Climate change is a statistical change in the distribution of weather over time. One of these changes is global warming, which is the increase in the temperature of the earth’s near-surface air and oceans. Climate change is driven primarily by emissions of carbon dioxide (through energy production via the burning of fossil fuels) and exacerbated by deforestation because forests play a key role in absorbing carbon dioxide.

Note the definition of climate change. “A statistical change in distribution of weather over time.”

Then they spew the non-scientific “science,” blaming CO2 by way of fossil fuels and deforestation. Seriously? Where? In Africa?!

But I love how this all fits into the “woe is me” black Leftist pity party.

At the same time, African Americans disproportionately ingest the polluting emissions that damage the earth in the short and long run, and directly contaminate our bodies, resulting in negative health effects such as asthma, lung cancer and other respiratory illnesses. In fact, studies show that race is the No. 1 indicator of placement of toxic facilities. African Americans are far more likely to live adjacent to a landfill, incinerator or coal-fired power plant than white Americans.

Last I checked, this is America. And every person here has the power to change their circumstance. We are not a nation of helpless victims, as leftists like to portray.

However, leftists believe climate change needs the NAACP’s intervention. Or maybe they want Al Sharpton to show up and throw down the hammer on “global warming.”

Recognizing these linkages, the NAACP has partnered with the Environmental Justice and Climate Change Initiative, the Little Village Environmental Justice Organization and climate justice activist Adrian Wilson to produce “Clearing the Air,” a report that ranks American coal-fired power plants by proximity to people of color and low-income communities. As part of this effort, I have just wrapped up a 10-day Clearing the Air Road Tour, where I visited NAACP branches in the regions surrounding the 10 most-polluting power plants.

In communities like Jersey City, N.J., Cleveland, Ohio, and Hammond, Ind., people face astronomical rates of respiratory illnesses and multiple incidents of lung cancer among non-smokers. We heard stories of people whose property values have plummeted and who are now living in blight as the neighborhoods surrounding the plants have taken a downturn. One Chicago interviewee said, “I guess they think we won’t fight, so they think it’s fine to dump anything on us while they go home to Naperville [a wealthy suburb of Chicago].”

Politicians have always gone “home to Naperville,” philosophically speaking. Joe Biden called himself the poorest member of Congress. Yet, he owns two homes in Delaware. Nancy Pelosi is worth nearly $115 MILLION dollars! Of course she’s not living in some polluted slum. If this is so upsetting to leftists, why do they continue to seat such corrupt individuals in public office, where they are expected to serve selflessly?

Last time I checked, it’s pretty hard to rack up $115M when you make less than $200k a year. It seems pretty sordid to me. Of course, that’s only my opinion. But when you look at both sides of the aisle, and you see people amassing these magnanimous fortunes with salaries that don’t match the money, corruption is the logical conclusion. So why not initiate a change in the guard? 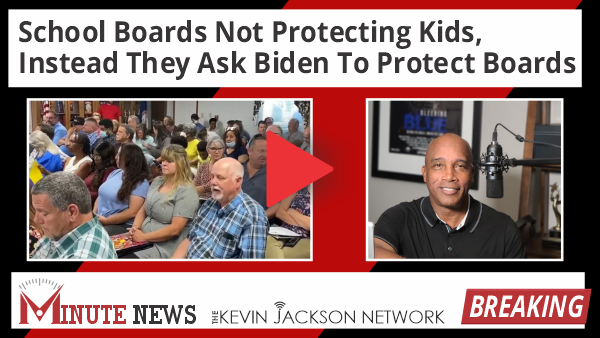 Instead, leftists resign themselves to play the part of “poor pitiful me.”

Pollution-related illness is one way [black people] are negatively affected by the same forces that drive climate change. Climate change itself results in: rising sea levels, severe weather events, alterations in agricultural yields, melting glaciers/ice caps and species extinction. More often than not, communities of color bear the brunt of the impact:

— African Americans have a higher tendency to live in coastal areas which are disproportionately impacted by two climate change-related effects: increase in severe weather events (storms specifically) and sea level rise. These areas are more prone to vulnerability from severe storms (such as Hurricanes Katrina and Rita) with examples of impact being hundreds of lives lost and displacement of thousands of people. Regarding rising sea levels, residents of Thibodaux, La., expect to have to relocate within 10 years as the sea is increasingly taking over the land there.

Leftists continue to drink the Kool-aid when it comes to “climate change.”

However, the idea that mother nature is in charge still holds merit. Consider this article written by Kevin Jackson a few months ago. Basically, NASA debunked the climate change farce.

Basically, NASA warned that a wobble in the moon’s orbit is wreaking havoc in the climate.

Numbers of floods could quadruple as the gravitational effects of the lunar cycle combine with climate change to produce “a decade of dramatic increases” in water disasters.

The space agency said coastal cities would experience “rapidly increasing high-tide floods” and they would occur in “clusters” lasting a month or longer.

This moon wobble can’t be blamed on man. Unless we’re saying Neil Armstrong stepped too hard, and sent a ripple through the universe. Further, this moon wobble is far more dangerous to the earth than “global warming”. But leftists aren’t sounding the alarms. Why bother, especially when there’s no one to blame?