Leftists are hypocrites. And they know it. They virtue-signal publicly, and rarely live their lies. In other words, they talk the talk but don’t walk the walk.

And who would, if you were as idiotic as they? For example, do you think Leftists want homeless people or illegals moving into their neighborhood or homes? Of course not. But publicly Leftists pretend to care about both these groups.

Look at how “care” from Leftists benefits people. Like black folks. Every Negro in America should beg for Democrats to PLEASE STOP HELPING US!

When Leftists aren’t “helping” some group into utter devastation, they take breaks. And in doing so, Leftists showcase more of their hypocrisy.

Not long ago, Don Lemon and his partner vacationed in Florida. Why? Because New York was and continues to be locked down. Lemon spews his pro-vax mandate, pro-mask mandates daily on his TV show, then he chooses to vacation in a state that has neither vax nor mask mandates.

Did Lemon wear his mask? Nope.

And now we have another Leftists hypocrite following in Lemon’s footsteps.

AOC and her boyfriend vacationed in Florida. Before I continue, I wish Governor DeSantis would ban New York Leftists from visiting Florida. Make them live their lies and stay home.

Regardless, AOC was spotted in Florida. She visited for ONE reason: the state is open and sane.

When caught, AOC flipped out. Below are some of the Twitter graphics I captured to document AOC losing it.

We begin with the Florida governor tweaking AOC. His tweet to her read:

Enjoy your vacation, @AOC. Welcome to the Free State of Florida. 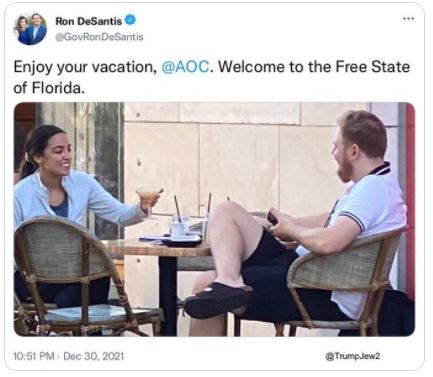 DeSantis will make a good president. Apparently he knows how to twist the nipples of Leftists. Talk about a stellar troll of the former bartender-turned-idiot-Leftist-legislator.

Keep in mind that only a couple of weeks earlier, AOC accused DeSantis of shirking his responsibility. Later she learned that DeSantis accompanied his wife to her cancer treatment. 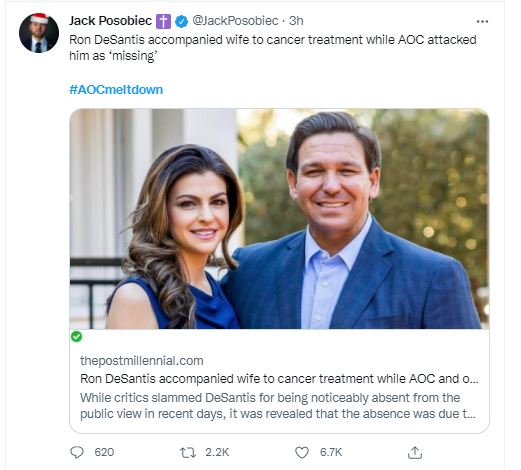 Somebody called Pismo added a bit to the AOC picture. In this tweet, the hypocrisy of unmasked AOC and her boyfriend is noted. 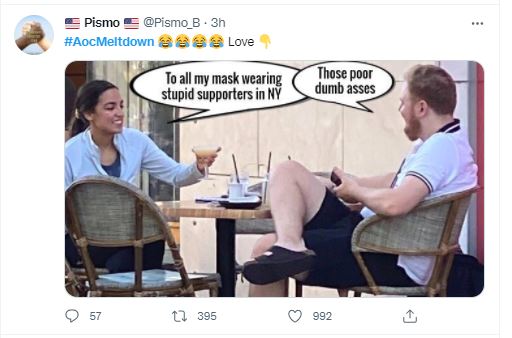 I’m not sure who tweeted this one, but it’s likely a New Yorker. 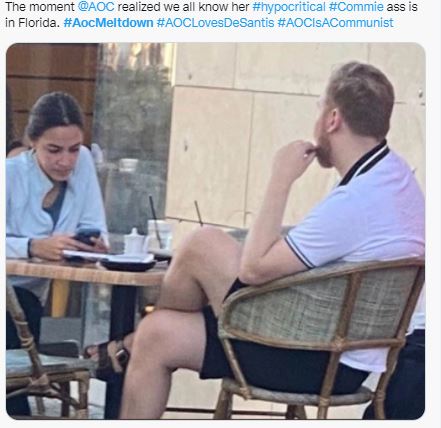 AOC responded. She accused Republicans of wanting to date her.