Nancy Pelosi can’t save the Democrats. And her LGBTQ strategy reminds me of the last days of most TV shows.

The term “jumping the shark” comes to mind. The episode of Happy Days where “the Fonz” jumped the sharked marked the end of that long-running series. Pelosi knows what awaits her in the coming midterms, so why not go out with a bang.

Before I explain Pelosi’s latest pop culture ploy, understand all that she faces.

First, Joe Biden being Joe Biden. That means facing Biden’s dementia and constant grenades he lobs at his party when he opens his mouth. Would you want to be the “Kevin McCarthy” and pull the 25th Amendment card on Crazy Joe?

Perhaps. But remember who his VP happens to be. The embroiled Kamala Harris. As popular as Hitler at a bar mitzvah.

But that’s not all.

Biden’s biggest domestic issue remains the border. And while Democrats thought immigration is key on the minds of Hispanics, the poll says otherwise.

Biden carries a 26% approval rating among Hispanics. That must be a new low. And Democrats can’t expect to do anything to improve this number for the next two election cycles, at the very least.

Putin is winning the war with Ukraine as well as the war of public opinion against Biden. Nothing indicates this will change. And if you know how to read between the lines, you understand that Zelensky has resigned himself to the loss.

On the horizon for Pelosi are quite a few issues. But the one that looms largest involves Hunter Biden. Further, Hunter Biden is every Democrat’s problem. Obviously, they all vouched for him, including the media.

Finally, Trump is not going away.

They cheated Trump out of office. However, his influence remains larger than life. Moreover, Trump won’t go away. Worse, every day Trump gains validation on some lie told by Democrats.

Pelosi and Democrats have only ONE positive demographic

Pelosi better hope America goes gay! Fast. Because that’s the only group who can declare that Biden has been their champion.

Speaker Nancy Pelosi (D-Calif.) is getting ready to reunite with the Glamazons — making a return appearance on RuPaul’s reality TV series. 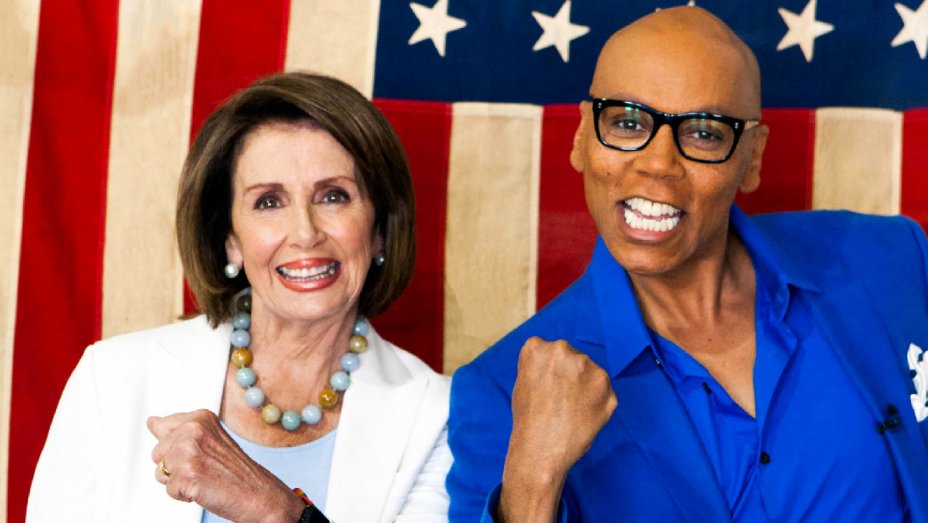 Pelosi will make a “special appearance” on the upcoming season of “RuPaul’s Drag Race All Stars,” Paramount+ announced Friday. The new season of the drag queen competition premieres on May 20 on the streaming network and will follow previous winners who are duking it out to earn the title of “Queen of All Queens” and a $200,000 cash prize.

It’ll mark a reunion of sorts for Pelosi, who made a cameo on “RuPaul’s Drag Race: All Stars” in 2018.

I’ve heard it suggested that Pelosi should be tried for treason and executed. But I think we could tuck her under Hillary’s rock and watch her career become obsolete. That would be victory enough for all of us.