Democrats are done with Biden, but he hasn’t read the memo. Or perhaps he read it, and doesn’t understand it.

When Biden got questioned about Democrats distancing themselves from him, he quoted his own fake news poll:

REPORTER: “What’s your message to Democrats who don’t want you to run again?”

“C’mon Man!”. Yes America, Joe Biden has lost what he never had. The ability to tell the truth.

Despite overwhelming evidence of his disapproval by ALL Americans regardless of political persuasion, the pathological liar Biden refuses to admit it. I guess all Americans are now “Dog-face pony soldiers”? And where is Corn Pop when Biden needs him most?

As Biden busied himself creating fake polls with the feeble brain and convincing himself that the 2020 Presidential Election was fair, others reported the reality for the man who supposedly got 81 million votes.

CBS offered this commentary with the video posted on YouTube:

A new poll from the New York Times and Siena College shows 64% of Democratic voters do not want President Biden to be renominated in 2024. Among voters 18 to 29 years old, 94% of Democratic voters want a different candidate in the next presidential election. National correspondent for The Washington Post Philip Bump joins “Red and Blue” to break down these numbers.

CNN chose to not be left out in the cold; so they too chimed in on Biden’s lunacy.

A CNN panel laughed about President Joe Biden’s catering poll numbers with young Democrats, during a segment on CNN’s “The Lead” with Jake Tapper on 7/11/2022. Be sure to like, subscribe, and comment below to share your thoughts on the video.

Below is a screenshot of other media outlets reporting the actual poll numbers, and not those that Joe Biden has floating in his brain-damaged head. 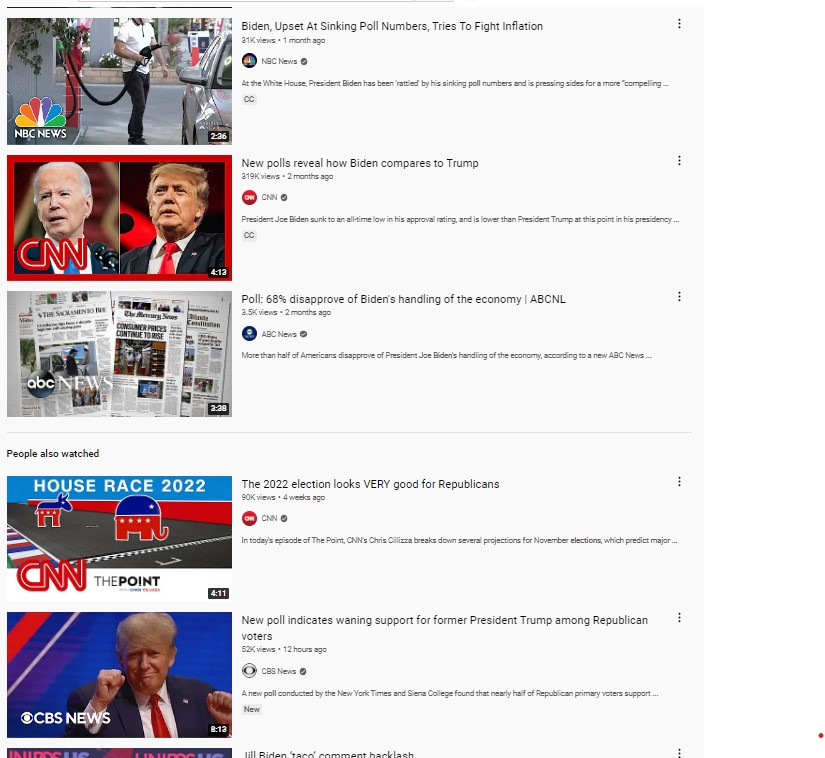 This doesn’t bode well for Democrats or Joe Biden, as they rely on polling in order to cheat. The question people should ask is why have Democrats now almost completely turned on Biden and reported the truth?

The fact is, Democrats have been turning on Biden for months as the timeline in these reports suggests.

Where do we go from here? Look for either of two scenarios.

One, Joe Biden steps aside for “health reasons”. He has a built-in excuse for this, though Democrats won’t blame Biden’s obvious dementia. They will say he has cancer (the disease he was supposed to cure). Or they will come up with some sympathetic disease that causes Biden to step down.

Or Two, Democrats allow the Hunter Biden scandals tied to Joe Biden to start getting fake news media play. This scenario is nuclear for Democrats, which is why I bet on Scenario One. That is the only way Democrats save face.

But if Biden decides to fight, things will get dirty for Biden and the Democrats. Who knows what a demented Biden will reveal to the world? And the Democrats have plenty of dirt to chase a sane Biden out of the White House, much less a Biden tied to dementia and the scandals of his crackhead son.