One prisoner was tied to a chair for 12 hours, beaten til he lost an eye, and is now plagued by blood clots and cancerous growths. Worse yet, he’s been refused medical treatment.

What government would commit such atrocious acts? Ours. That’s right. This isn’t some Viet Nam horror story. This is happening right now, on our watch, and half our country thinks this is acceptable because Donald Trump refused to accept defeat.

This is what Ryan Samsel used to look like. Of course, this was before the many beatings that have left him blind and disfigured. Samsel’s crime was attending the Jan 6, 2021 protests in Washington DC. Samsel pushed through some bicycle racks and stormed the capitol after Ray Epps was observed whispering in Samsel’s ear. After which, Samsel allegedly injured a female police officer. Of course, he’s yet to have his day in court, and who knows if he’ll actually live long enough to do so.

According to The Gateway Pundit:

Since his arrest, Ryan Samsel has been held in a Washington DC prison. On March 21, 2021, Ryan was awakened by correctional officers and his hands were zip-tied.  Then they walked him to an unoccupied cell where he was brutally beaten by the officers. Ryan Samsel lost an eye in the beating.  His face was smashed.  The next day the guards beat him again.

I wish I could say this is some horrific isolated incident. But it’s not. These “rioters” are being punished like they’re guilty of being concentration camp Nazis. Meanwhile, leftists can burn down cities, destroy property, and threaten lives all under the guise of “Black Lives Matter”.

I get it, life’s not fair. But this isn’t just out of balance. It is a complete leftist hypocrisy, and a very dangerous one at that.

Ryan Samsel told The Gateway Pundit that he was beaten by the guards repeatedly, tied to a chair for 12 hours until he developed blood clots. Ryan suffered a broken face and a ruptured kidney. The guards later broke the right side of his face. Now he has precancerous growths on his chest that are spreading and the US government will not allow him medical treatment.

Here is the partial transcript from today’s call.

Warning: It is horrifying.

Gateway Pundit’s Jim Hoft:
Hey, tell me something real quick, Ryan. You mentioned something about reaps, and you don’t want to say that over the phone? What was that again?

[00:04:06.830] – Ryan Samsel
Yeah, I don’t want to speak too much over a record of phone about that day with him because I really am in fear of my lifetime. I was assaulted three different occasions. In all three occasions, I had to be taken to the hospital when his name or anything was brought up. And I was in DCG the very first time. And I didn’t know exactly what the assault was pertaining, but that morning, Dominic Pezzola had asked why I was assaulted. And Dominic, what did they tell you? This is Dominic. He’ll tell you exactly what.

[00:05:36.290] – Ryan Samsel
No. So they took me to the hospital, and Howard University Hospital found I had a blood clot, my left shoulder, and I had a broken face, I had a broken nose, a ruptured kidney, and they ordered I get further treatment, and they never gave me that. So then I went to a vascular surgeon after the assault in Virginia, and she said she recommended that I go to physical rehab. And the prosecutor, which name is Karen Rocklin, she denied me that. And then when I went to Warsaw, that’s where I got the worst beaten. They broke the right side of my face, and I have a blood clot and my right head, and they left me in a chair for about ten to 12 hours.

[00:06:23.760] – Ryan Samsel
Yeah, it’s a corner-strength chair. They tie me in the chair for 12 hours, and I end up getting a blood clot in my right leg. And I asked because I know what the blood clots feel like. And when I asked and then they tried to cover it up. And they forced me to take this. They squirt the stuff up my nostril and said that I overdosed on drugs. And then when they tested me for drugs, I obviously came up negative. So they tried to cover up, but when I went to the hospital, the doctor at the hospital was the same doctor at the jail. It’s the same doctor. And he had to mark that it was an assault. And they took pictures. And from there, they transferred me out.

Now Ryan has precancerous growths and the government will not allow him medical treatment.

This is America under the new totalitarians.

Conservatives, we’ve got to wake up, step up, and demand that our constitution be restored. Because as of right now, the Bill of Rights is non-existent, unless you are a non-citizen. Illegal immigrants are getting more rights and far more benefits than hard-working tax-paying Americans. We can’t wait for Biden’s time to expire, because the longer we let this fiasco continue, the closer we come to losing our freedom forever.

Lately, I’ve spent a great deal of time reflecting on a quote from Abraham Lincoln. I used to think it was impossible for that to happen during my lifetime. Now, I’m not so sure. 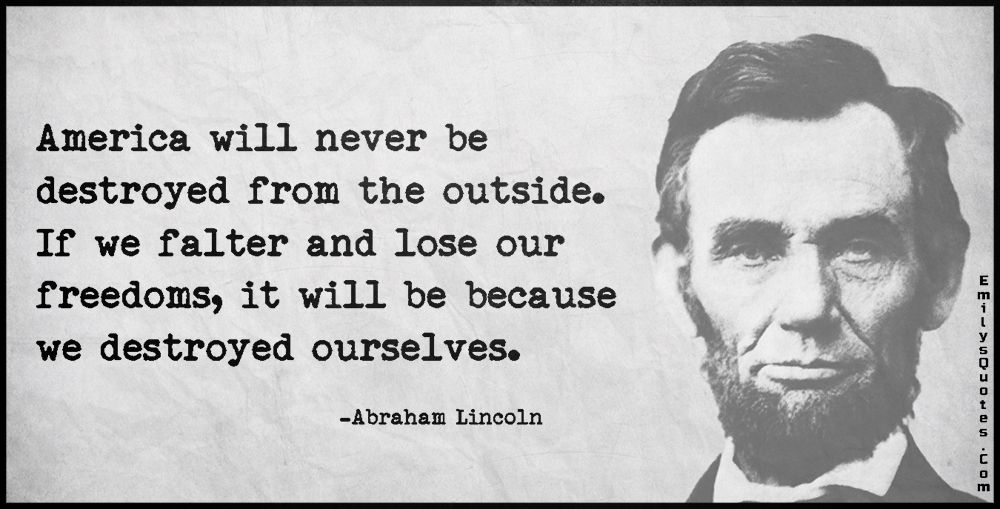 ** And here is Dominic Pezzola’s GiveSend Go account.  Please help this man and his family.