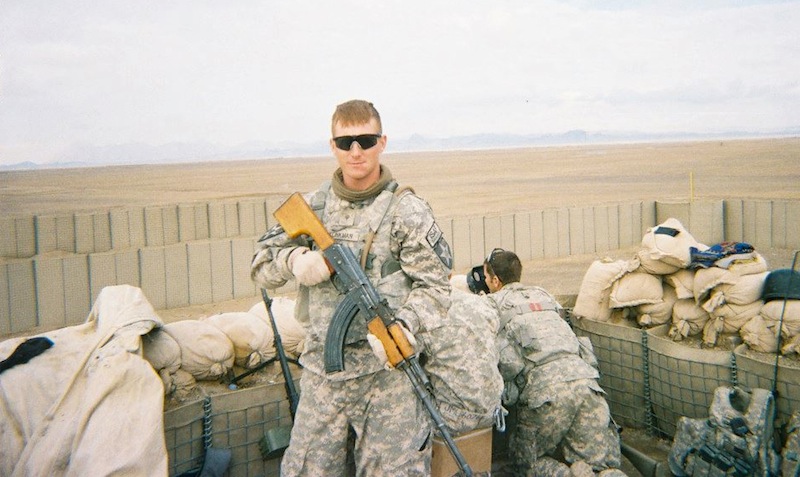 Lucas Yonkman, US Army Vet and business owner in Oak Harbor, Washington, made headlines in January when he spoke up at a town council meeting concerning Second Amendment rights being infringed by city ordinances.

Yonkman, US Army SGT/E-5 from 2006 to 2011, was a guest on my radio show 2 weeks after the event, and subsequently made the decision to run for City Councilman*.

As written in Island Politics (Oak Harbor is located on Whidbey Island, due North of Seattle):

Lucas Yonkman, a lifelong Oak Harbor resident, disabled veteran, and local businessman has announced his candidacy for Position 4 on the Oak Harbor City Council. Yonkman, in announcing his candidacy, has also announced the platform on which he is running and his reasons for doing so: “I want to bring the voice of Oak Harbor’s citizens back to the city council, to take a good look at our expenses and find ways to make it more affordable to live in our great city, and above all to ensure transparency, honesty, and accountability in our City Government”.

“Public officeholders must remember who elected them and what they were put into office to accomplish. Our elected officials should constantly seek out the input of The People on matters affecting their city because the voice of the people is the most important part of our great republic. I feel that voice has been lost in Oak Harbor, please join me in bringing it back!”

Our mutual friend, Pete Lago, created this video for Lucas, an American hero who fought for The Constitution down range, and now fights against potential domestic enemies in his small town of Oak Harbor.

Please share this video of one of America’s humble heroes who’s ready to stand and be counted.

*The campaign is accepting donations at:

Checks must be made out to Citizens to Elect Lucas Yonkman. All donations should include the full name, address, and occupation of the individual making a donation. A campaign website will be up in the near future with a paypal account set up for donations.