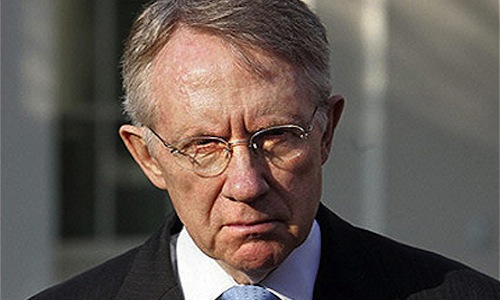 The United States is no stranger to impasses in the congress — such has happened since the time of our founding and is certain to happen again after the current shutdown is over.

Over the years, the amount of invective and vitriol hurled at Republicans seems to have increased greatly. Last decade, Republicans were supposedly responsible for the deaths of children and innocents across the world in “Bush’s wars.”

These last 5 years Republicans are racists for opposing the agenda of Barack Obama, and misogynists for opposing abortion and subsidized birth control. They hate homosexuals, evidenced by Conservative opposition to gay marriage. They want children and the sick to die because they don’t support “universal” health insurance.

The list goes on and on. For everything Republicans (though moreso conservatives) believe, there is some form of underlying hatred or phobia or other mental imbalance supporting the belief.  Republican/Conservative opposition to leftism is not governed by good intentions, only by vitriol.

Put more simply: the Democrats and the Leftists among them are people who will not negotiate in good faith.

When the primary strategy of leftists is simply to demean those that oppose them, they do not see their “partners” as equals.

Amid all of the slander, however, there is something puzzling. The Republican targets of these insults and offenses are often very meek in answering the challenges, to the point where they do not respond at all. Why? What is it that prevents them from, at the very least, calling out attacks on their character and honor?  Is it so hard to forcefully respond to being called a hostage-taker and terrorist?

Additionally, are Democrats really the kind of people who should be accusing others of lacking honor?

Slander of this sort comes from the same people who are deliberately trying to hurt American citizens with this current shutdown.  The most obvious manifestation of this desire is the “closing” of the World War II Memorial.  But, of course, there is the shutdown of The Claude Moore Colonial Farm.

That’s right.  The federal government “shut down” an unmanned, open-air monument to the fallen and a historical reenactment that requires no federal funds whatsoever.  As Ace of Spades puts it, this is government by spite.

There is nothing good and honorable in the hearts of the people who accuse the right of being evil, child-killing terrorists.

The same people on Left who wish to shame the Republican opposition into surrendering every fight are using the power of the federal government to hurt the average American citizen. They are trying their hardest to make people feel the pain of an event that, frankly, has very little impact on the majority of our lives. Certainly, the shutdown manifests in the form of relatively minor inconveniences (though keeping veterans away from their own memorial is not minor). But what else could the government do with its power?

If the Democrats really wanted to, what would stop them from going further in trying to disrupt American’s lives simply to make a political point?

In Obama’s America, we are led by honor-less thugs who desire nothing short of unopposed power.