On occasion, government has been known to send money to dead people in the form of welfare, farm subsidies, and Social Security benefits.

Then, mysteriously, dead people have found a way to cash those checks.

For that reason alone, Americans should be wary of allowing government to have anything to do with their healthcare. After all, if government is capable of mistaking the dead for the living, then there’s a good chance at some point in the healthcare trajectory that they’ll mistake the living for the dead.

For those who think government mistaking room-temperature individuals for the living and vice versa is ridiculous, the state of Kentucky proves that whether dead or alive, a person can still benefit from government largesse in the form of Obamacare.

“If you are filling out this application on behalf of a person who recently passed away, enter the deceased person’s date of death.”

The question has to do with Medicaid. Seems Medicaid will cover three prior months of medical expenses for those that are eligible even if they’re six feet under. So if you died while eligible, by way of Medicaid, the federal government is eager to pay you anyway. Thus, the reason for Question #39.

This pay-the-dead rule is apparently based on a regulation and will apply in every state, proving that one thing Barack Obama said was true about individuals not being penalized for preexisting conditions, a rare phenomenon indeed. Even if the preexisting condition is death, Americans will not be prevented from collecting benefits.

What remains unclear is whether or not, in lieu of an Obamacare phone, dead Kentuckians are incentivized to sign up by being offered VIP seats at the Kentucky Derby. 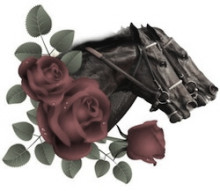