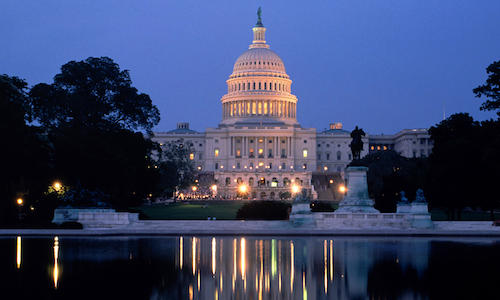 With Obamacare finally out, the nation gets to see firsthand just how bad an idea it is.

Granted, conservatives have been warning about this since the inception of the bill in 2009. Now, however, the pain is being felt by everyone.

The job market is in total disarray, insurance premiums have spiked, and public interest is not nearly as high as the “central planners” down in Washington hoped or deluded themselves into believing it would be. It has even been reported that the administration outright lied to people to sell its “signature achievement.”

Yet still, the Republican party seems to be doing very little to point this out.

I’ve seen several columnists who called for the Republican party to get in front of the story and trumpet the failures of the law. I have only seen a handful of Republicans actually doing so, mostly on social media sites. No big events or speeches, nothing that seems to show that the Republican party at large even cares.

Not to decry the efforts of those few on social media, but it is not nearly enough. Republicans are managing to lose the messaging war, even when the best message they could ever get is being handed to them.

Their lack of action even caused me to briefly muse on Twitter about whether or not the Republican party has been infiltrated by Democrat operatives or some similar scenario. I am fully aware it sounds conspiratorial; frankly, it is.

On the other hand, I’m running out of ideas for why the Republicans fail so miserably at being “the opposition party.”

There are only a handful of viable explanations left to explain why the Republican party behaves the way it does. Simple idiocy is not enough of an explanation. As much as jokes of the Republicans being “the stupid party” float around (with legitimate reason), it’s a simplistic and reactionary comment that fails to delve into the underlying causes of the GOP’s apparent stupidity.

It is certainly true their are Progressives on both sides of the aisle, as was pointed out to me. However, Progressivism on its own strikes me as an inadequate reason for the Republican’s failure to capitalize on the various problems wrought by Democrats. After all, for varying reasons, those Progressives joined the Republicans.

This ineptness seems less about agreeing with the Left and more about an entirely different impulse.

Indeed, the Republicans seem to have been acting, more often than not, against their own best interests in recent years. They take their base voters for granted and work to expand the federal government, just at a smaller scale than the Left.

When Republicans are voted in and called upon to fight, they put in a halfhearted effort, often with internal discord, and eventually capitulate with almost no concessions from the other side. Of course, this isn’t the only problem with the Grand Old Party.

Many conservatives often complain about “the establishment GOP” in Washington. This is the group of congressmen and consultants who are firmly entrenched in their seats, and are there primarily to make money and a career out of “governing.” Rather than represent their constituents, they represent themselves and their personal interests.

And that establishment absolutely hates it when their power is threatened.

For many legislators in Washington, as well as the advisers they surround themselves with, the entire game is about power and control. They don’t care much for Conservatism, or even for a unified Republican party.

At least, not if that party isn’t unified behind them. This “Old Boys Network” is so strongly opposed to the actions of Ted Cruz, Mike Lee, Rand Paul, and others. For the Old Guard, power is the objective and end game in Washington.

The establishment GOP fear a disruption of the current political order because disruption could change how they live with a single election. It is why they don’t fight hard for the good of the nation. They realize that a serious upheaval of the status quo could threaten their positions — positions which they feel entitled to for whatever perverse reason.

Anyone who even threatens to take the power away through populism and action are an existential threat to the lives of comfort they have created for themselves.

In many ways, Progressivism, though it has had a hand in it, is not the most dangerous threat coming out of Washington today.

The true threat to Conservatives and our Republic is the corrupting influence of the power given to Washington bureaucrats over the decades.