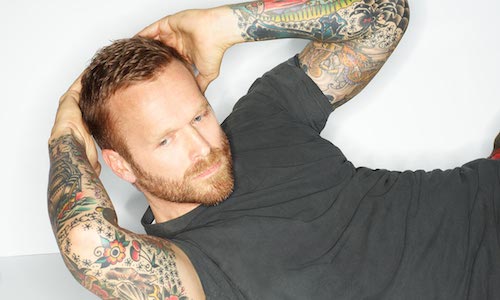 What was the tip-off? Dude acts so GAY!

The “trainer being gay” story is being sold as an inspirational story. Harper comes out in order to help a fat guy lose weight and be forthright with his dad concerning his sexuality.

Just when the fattie was about to lose hope, Bob Harper reveals to the man that he, Harper, is gay. I don’t know about you, but I tear up every time one of the gays reveal their sexuality.

Here is my synopsis of the heartfelt moment:

Harper: You can DO it! You CAN lose weight! After all, look at me…I’m GAY!

Just so you understand what just happened. Bob Harper is a  gay “reality show” guy in Hollyweird, and he exercised his inspirational gayness by coming out to a fat guy who needed an extra boost.

Trainer Harper even tweeted about  his courageous and inspirational prime-time revelation:

Memo to Harper: It would be more inspirational if you WEREN’T gay, as in “Look at me fat boy…I’m a NOT Gay working on a reality show in Hollyweird! If I can do that, surely you can lose a few pounds!”

Now “stop being a pansy-ass QUEER” Alec Baldwin could not be reached for comment.