Barack Obama is a man who has a tendency to make everything about Barack Obama.

This year the president marked the 58th anniversary of Rosa Parks refusing to give up her bus seat by parking his skinny butt in the same seat on the same bus. Then, allegedly in honor of Rosa Parks, Obama tweeted out a picture of none other than himself!

The iconic photo featured America’s first mixed-race president, sitting by his lonesome, either looking out the window or possibly admiring his reflection in the window. The only thing missing from the photo was Obama wearing Rosa Parks’ hat.

The vainglorious look back into America’s racist past came complete with Obama’s Organizing for Action tweet: “In a single moment 58 years ago today, Rosa Parks helped change this country.” 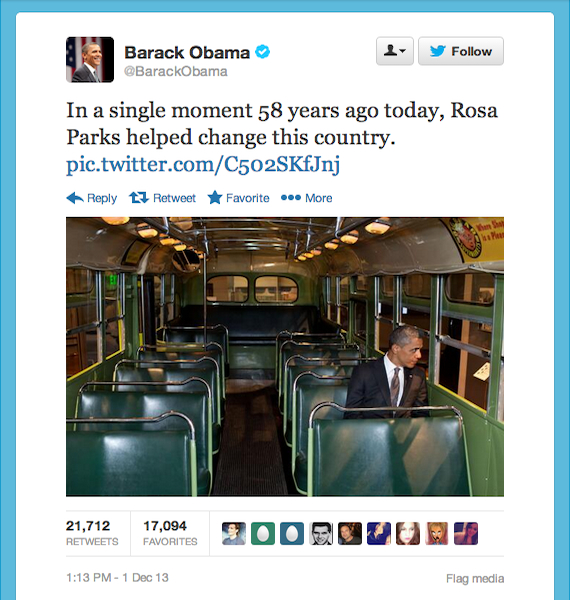 On the 58th anniversary of Rosa Parks taking that famous bus ride, instead of posing for racially provocative photographs Barack Obama would do well to learn a thing or two from Ms. Parks, who said:

“I would like to be known as a person who is concerned about freedom and equality and justice and prosperity for all people.”