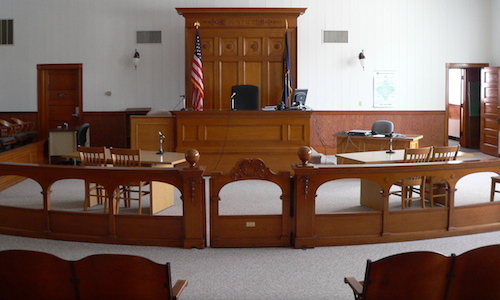 Let me be clear: We are in the midst of a constitutional crisis that shakes the very foundations of our government.

This nation now has, at its center of power, a man who is unilaterally revising law by rewriting it. Thus, passing law unilaterally. The President is enforcing laws and suspending them arbitrarily at his sole discretion — carving out special exemptions for benefactors, and deciding essentially what is and is not law — absent the consent of the legislature or approbation of the judiciary.

In all other nations, such activities would brand someone doing likewise a dictator.

In America, we tend to think dictators always wear gauche military uniforms and sport hideous mustaches. But a finely tailored suit will do. Because it is not about the emperor’s clothes or facial hair, but rather has more to do with his actions – particularly the powers they unlawfully gather unto themselves.

Two weeks ago on Special Report with Bret Baier, Senator Rand Paul was asked by George Will, “What can be done [to solve this]?” Senator Paul responded, “I’m not sure I know the answer.”

Senator Paul is not alone. In fact, both sides of the aisle are questioning the president.

“I wonder if [Obama] has the legal authority to do this, since [Obamacare] was a congressional bill that set this up.”

“I’m not sure [Obama] has the legal underpinning to do what he did [waive and suspend the law].”

Two days ago, a supporter of the president and noted legal scholar, Jonathan Turley testified before Congress:

“[Obama]’s become the very danger the Constitution was designed to avoid, the concentration of power in any one of the branches. If a president can unilaterally change the meaning of laws in substantial ways, or refuse to enforce them, it takes offline that very thing that stabilizes our system.”

In the same testimony Turley charged the administration with, “an undeniable pattern of circumventing Congress in the creation of new major standards, exceptions, or outright nullifications.”

“This method of lawmaking [by the administration] has more in common with monarchy than democracy or a constitutional republic.

Prosecutorial discretion is one thing. But wholesale suspension of law is quite something else. And that is what has happened under Obamacare.”

Indeed many, both inside and outside of government, are quietly asking, “What should be done?”

Understand; the Department of Justice is controlled by the president. As cohorts, they will not act.

The Senate (where the lawful power resides to both try and convict a president) likewise is controlled by the president’s party. As accomplices, no fair hearing can be won there.

For this reason alone, the House of Representatives would hesitate to indict the president because such efforts would immediately be denounced as partisan and serve only to tarnish the Republican Party – whose affirmation would be necessary in order to procure such a finding.