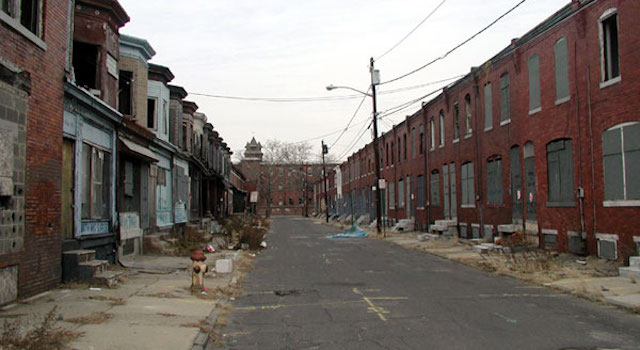 America’s cities may have pretty skylines, but big cities are armpits.

Sure there are some sight-seers’ trappings in the Big Apple — like Broadway, the Empire State building, and so on. However those famous sights are only for the Chamber of Commerce to brag about and to attract capitalists’ money.

Leave downtown [insert armpit here], and you are in the underbelly of evil, where your life expectancy drops dramatically. You’re not going to see Brady, TX on the list of 25 most dangerous cities or neighborhoods any time soon.

How often do you hear about crime in rural areas? Outside of somebody’s car being vandalized or a mailbox smashed by rowdy teens, rural America is mostly cow-tipping and the occasional meth lab. Rural America is like living in a church, compared to America’s big cities.

We are a scourge on society, according to Cuomo, the ruination of America.

Cuomo prefers Liberal intelligentsia; the ones who live conservative lives privately. Those who put their kids in private school, and get their concealed weapons permits through high-power government officials, aka the hypocrites.

And Cuomo also prefers the high-crime-creating, no-tax-paying, lower class deadbeats who vote for him, because they are easily led.

The Mayor of New York City is more powerful than the governor of New York. That’s why Cuomo is content to denigrate the great state of New York, most of whom are Conservatives. Cuomo caters to New York City, because he know where there is corruption, you will find the power.

Cities are run by Liberal mobs, and Liberals know it.

“The Chicago Way” happens in cities all over this country, and should be called “The Liberal Way.” New York is no different. The very people Cuomo derided in his comments represent his tax base in New York, and are the state’s most productive and law-abiding citizens. Yet Cuomo wants them gone.

Supporting life is extreme? Wanting to protect oneself with a gun is extreme? Cuomo has described “extreme Conservatism,” but what is “extreme Liberalism.”

I bet you will find ALL governors  are against extreme Liberalism, whether they admit it or not.

Without extreme Liberalism, we would need fewer cops, since the crime rate would drop to almost nothing. Yes, Liberals commit the most crime. And with less crime, America could get rid of lots of prisons.

Without extreme Liberalism the graduation rates for high school would be in the 98 percentile, and we would have the smartest college graduates in the world. And those college grads would have jobs. Their jobs would be at corporations focused on quality products, not diversity of employees, because last time I checked, corporations were not in the business of social engineering.

Without extreme Liberalism, cities would be able to pay their bills, and the family and the church would become the centerpieces for society’s charity, not government.

Without extreme Liberalism, America would be racially tolerant, because Conservatives don’t care about race; we care about character.

So yes, I for one am all for ridding America of extreme Liberalism, and I say let’s begin with Cuomo.