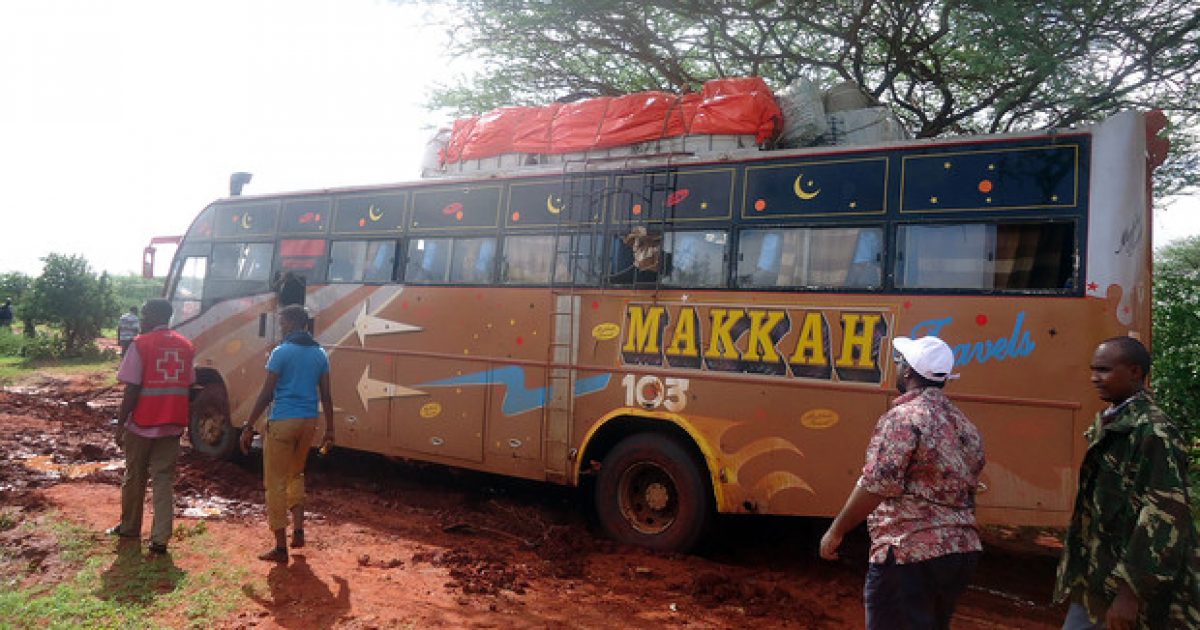 Americans love decisive action against evil. We have lacked this, since electing a Muslim-loving pansy for president.

However in other areas of the world, they don’t take kindly to Muslim terrorists, and Kenya proved that in no uncertain terms.

I heard about this story from a driver who picked me up to do a TV appearance on CNN. He happened to be Kenyan. He explained that he is a Christian, and we discussed Obama. My driver is from the largest tribe in Kenya, a different tribe from Obama. Like me, he was not happy with Obama.

He then told me that a group of Muslim terrorists hijacked a bus in Kenya. They separated the 60 passengers by religion, Christians from the Muslims, and then executed 28 Christians on the side of the road.

Unlike what we would expect from Obama, the Kenyan government was outraged. They took immediate action against the terrorist group, as Kenya’s Vice President William Ruto stated,

“Following the Mandera bus attack, our security forces swiftly initiated a response. They identified, followed and struck the perpetrators of these heinous crimes.”

Kenya’s army reported that it killed more than 100 fighters of the Islamist group al-Shabaab in assaults on its camps in neighboring Somalia after the militants claimed responsibility for a bus attack in northeastern Kenya. Fighter jets roared into the two camps near Godondowe in Somalia, killing 95 militants, according to an emailed statement by Kenya’s Defence Ministry.

But the Kenyan government didn’t stop at 95.

Ground troops and helicopter gunships killed another 20 members of the al-Qaeda-linked group as they fled to the Arabia Hills along the Kenya-Somali border, according to the communique.Kenyan Deputy President William Ruto said in a statement:

“This rapid action is itself a huge victory against regional terrorist networks…It emboldens us to ultimately deliver our promise to secure our citizens against internal and external aggression.”