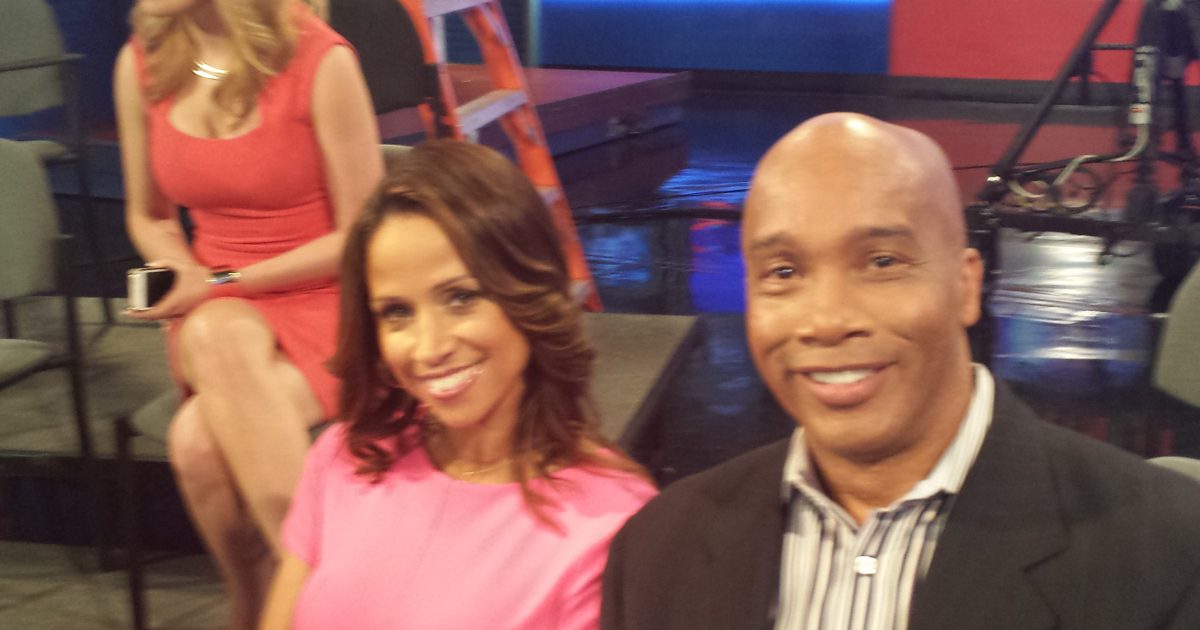 As most people know, I was seated next to Stacey Dash on my recent visit to the Fox News studio to tape The Sean Hannity Show. I didn’t know much about Stacey, except that she remains as hot as when I saw her in the movie Clueless. Yes, she’s stunning.

But she really is not just another pretty face.

The thing I didn’t know is how staunchly conservative Stacey is.

Prior to the show, she thought I said something  that Stacey took for “Liberalese,” and she looked ready to jump down my throat. I quickly corrected the record and told her, “You won’t get any farther right, than I.” To which she replied, “I wouldn’t be too sure of that.”

When the show started, I really got a glimpse of who Stacey Dash is.

The entire time the Leftists on the panel were talking, Stacey and I were “psssting” almost in unison. There were two black guys behind us who were undoubtedly Liberal, and then there was a white chick in a blue dress to our Left who spoke “coded” Liberalese.

I’m actually surprised that Stacey and I didn’t “high five” as we did synchronized eye-rolls, listening to the nonsense from some of the Liberals on the panel.

Anyway, Stacey and I later agreed that we are both pegging the far right meter, and proud of it, I hasten to add. We also discussed her upcoming book, There Goes My Social Life. I think it’s an intriguing title, as it discusses stardom in general, and her political “coming out Republican,” as it were.
I will tell you that like me, Dash is not at all afraid of being a unapologetic conservative, and she is in fact a fighter. Ironically, I mentioned to Sean Hannity about joining me at my friend Molotov’s krav maga martial arts school, and Stacey asked if she could attend. She added that her 24-year old son trains in krav maga, and she was up for the challenge.
I suspect we will be seeing and hearing a lot more from Stacey Dash in politics, and eventually others in Hollywood will find the courage of their conviction as she has.
Facebook Twitter