The LGBT movement wants America to believe it’s all about Rainbow Flags and Unicorns.

But the sinister underbelly shows that while some gays may indeed be “born this way,” many others are CREATED.

Dr. Ben Carson was castigated for an ugly truth that many homosexuals are in fact CREATED! I know. Blasphemous, right.

So we are to believe that the molestation of youngsters has no impact on them? Like the young black girl who callously takes a “selfie” as young men gang rape another young black male…AT GUNPOINT!

The worm is turning. If this keeps up, neither women nor gays will have a case, as the new oppressed will be MEN. Oh wait…STRAIGHT MEN! 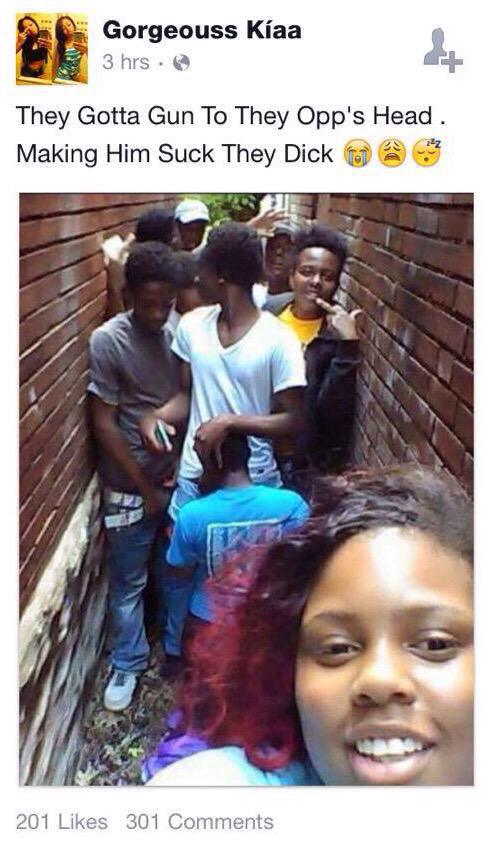