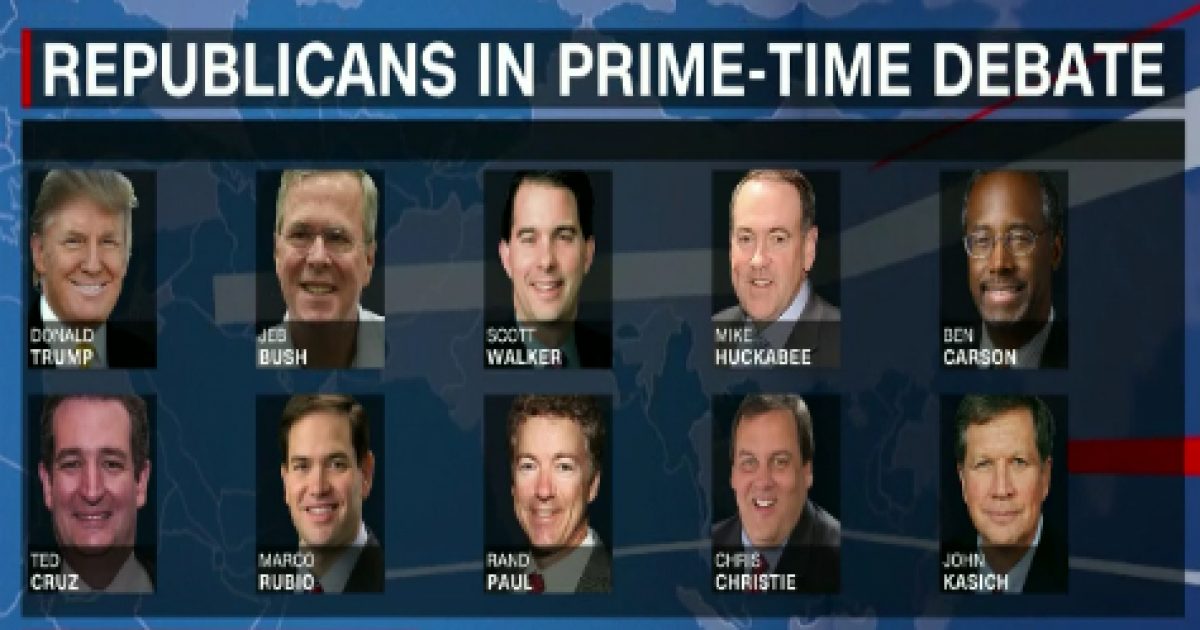 Political junkies are looking to this week’s GOP presidential debate on Fox News the same way NFL fans have awaited training camp. After months of hype and speculation, they finally get to see their favorite players in action.

Even though primary season is still several months away, it’s not too early for candidacies to die from cringe-inducing debate gaffes that will be replayed endlessly on cable news. Remember that Rick Perry’s 2012 bid was essentially derailed by a single, painful debate brain fart.

So here are the biggest things that could trip up the top candidates.

The Donald has developed teflon while he has rocketed to the top of the GOP race. His comments on immigration and John McCain would have sunk most other candidates, and yet Trump only seems to have gotten stronger as his reputation as a populist outsider grows. Because the normal rules of politics don’t seem to apply to him, Trump is almost gaffe-proof. However, if Trump shows up in Cleveland trying to be too statesmanlike and deferential, he could lose some luster with his supporters who live to see him slaughter sacred cows in Washington. The expectations for Trump to entertain his audience have been set so high, the worst thing he could do in the debate is be a bore.

Generally seen as the bland, establishment foil to Trump’s energized grass roots support, Bush needs to do something dynamic in Cleveland. Despite his success at shaking down big money donors, Bush has drawn tepid support from the Conservative base. Bush needs to flip some Tea Party supporters to his side and generate some energy. If he comes into the debate with his usual mushy, moderate schtick, he will stay in place in the polls while his rivals move up.

While Walker has a very impressive record as governor of Wisconsin, he is still viewed as a novice on foreign policy. More than any other candidate, he will be watched for his grasp of geopolitical issues. If Walker pulls a Gerald Ford, i.e. demonstrating a fundamental lack of knowledge about global hotspots, the water cooler discussion on Walker will be that he is strictly a Midwestern governor not ready for prime time.

More than any other candidate, Cruz has been overshadowed by the Trump bravado. Cruz makes many of the same points as Trump, only more cerebrally and with less bombast. In order to get a post-debate bump, Cruz needs to carve out some terrain apart from Trump, and that is by tacking to the right, not to the middle. If Cruz just repeats the same positions as Trump and creates no separation, the base will be drawn to the more entertaining option. Continuing to attack Mitch McConnell can only help.

Rubio generated a lot of buzz after his campaign launch, but seems to be struggling to stay in the top tier. As much as he wants to play on his foreign policy knowledge by talking about the Iran nuclear deal, the base has never forgiven him for his dalliance with amnesty on the immigration issue. You can bet that Rubio will get an immigration question in Cleveland. If his answers suggest that he is soft on amnesty, sanctuary cities or border control, he can kiss grass roots support goodbye.