Fidel Castro is dead, and his brother Raul said that the deceased leader has forbidden any monuments be erected in his name.

An egomaniac who ruled Cuba with an iron fist doesn’t want his name to live on? Perhaps Raul is tired of playing second fiddle.

“The decision to hold a private ceremony came the morning after (Fidel) Castro’s brother, President Raul Castro, announced that Cuba would prohibit the naming of streets and monuments after the former leader, and bar the construction of statues of the former leader and revolutionary icon, in keeping with his desire to avoid a cult of personality.”

“The leader of the revolution rejected any manifestation of a cult of personality and was consistent in that through the last hours of his life, insisting that, once dead, his name and likeness would never be used on institutions, streets, parks or other public sites, and that busts, statutes or other forms of tribute would never be erected.”

Mighty thoughtful of you to protect your people like that but no need: the cult of personality left on the boat to America a long time ago. It is alive and well here.

Raul Castro’s desire misses the mark for so many American Kool-Aid drinking liberals who put on a t-shirt of a terrible dictator and think, in the way that a college freshman might, “Hey, look at me! I’m wearing Che Guevara or Fidel Castro on my chest, right here close to my heart! I’m super counter-culture right now! Maybe people will think I’m a revolutionary!” 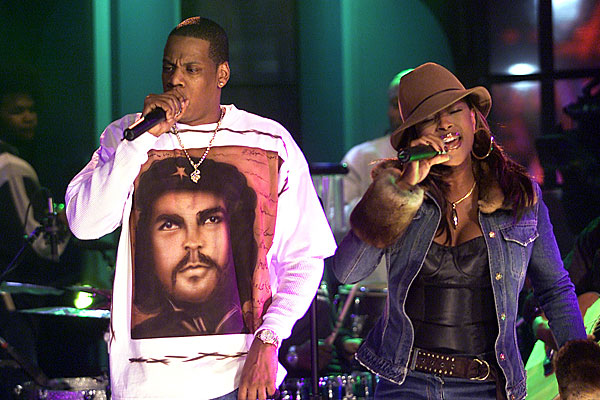 Dictators’ latest fans are misinformed celebrities, and those who tend to follow (and mimic) celebrity behaviors.

Celebrities unknowingly change culture, and it’s generally not for the better.

Young people more than ever lack the capability for independent thought.  Combine an inability to do their own research with a woeful grasp of history, and you get a true Millennial puppet, quoting Bill Maher and John Oliver and Stephen Colbert as news sources.

Forget that most of them don’t know the truth about Castro. Worse yet, most can’t define communism on a multiple choice test, or describe what a police state is. And you know they have no idea that America is a democratic republic and not a democracy.

When their candidate loses, they do their research at Buzzfeed. Better yet, they rely on whatever Leftist shill Comedy Central provides at the time. When that fails, they rely on America’s celebrities and leftist sound bites to tell them what to think.

They jump on the bandwagon with their trendy Che Guevara or Fidel Castro t-shirts, talking about how Castro revolutionized the Cuban educational system, and how much he will be missed. Take a look at these American University Students struggling with deciding who is worse: President-Elect Trump or Fidel Castro.

Unfortunately, they have little choice when their professors and political leaders are saying similar things.

Congresswoman Barbara Lee (D. Oakland, CA) had the audacity to say that Castro’s revolution led to social improvements for Cubans. One of the reasons cited was that when gasoline was rationed and Cubans were forced to walk or ride bicycles for transportation, the number cases of diabetes and high blood pressure went down.

“We need to stop and pause and mourn his loss,” she said.

Not sure, but I’m pretty sure she wasn’t drunk.

Has she talked to any Cuban exiles? Does she know the ways in which Castro made their families suffer? Does she know how many deaths Castro is responsible for?

According to The Wall Street Journal,

Harvard-trained economist Armando Lago estimates that almost 78,000 Cubans died trying to flee Castro’s dictatorship. Another 5,300 died fighting communism in the Escambray Mountains (mostly peasant farmers and their children) and at the Bay of Pigs, and an estimated 14,000 Cubans were killed in Fidel’s revolutionary adventures abroad, largely in Angola in the 1980s.

What normal person would herald this dictator as a hero?

And just for good measure, remember that Castro (along with the very fetching and photogenic Guevara) created forced labor camps that imprisoned and abused blacks, political dissidents, priests, homosexuals, Jehovah’s Witnesses, and Protestant and Catholic clergymen.

If Colin “Take-a-knee-Castro-shirt-wearing” Kaepernicks had even hinted at political dissidence in Cuba back in the day, he would have been arrested and shot by firing squad. That is if he wasn’t in a concentration camp for being black.

Barbara Lee would likely not have the energy to appreciate her lowered blood pressure if she were forced to eat the typical Cuban protein rations? 5 eggs per month and 2 kg of chicken per ten days.

It’s funny how liberals don’t understand the importance of honoring the freedom they have, all while taking full advantage of it every day.

Matt Gaetz Introduces the Disarm the IRS Act
The Floridian