In a speech to veterans where his Holiness Obama couldn’t keep from praising himself.

The soon-to-be-nobody’s President declared that “no foreign terrorist organization has successfully planned and executed an attack on our homeland these past eight years.”

Haven’t you felt safer? How did we survive terrorism, before Obama saved us?!

Obama and his speechwriters carefully constructed Washington-speak to sell a lie under the pretense of truth. Further, the notion that the fake news media continues to discuss this premise without serious pushback tell you all you need to know.

According to Obama, these terror attacks on America soil during his tenure, did not occur:

And this was just some of the more notable attacks. There are many others.

Interestingly, in all of these attacks, Obama seems to have difficulty finding the “common thread.” Essentially Obama says to America,

“Don’t believe your lying eyes, America. You are safer under my carefully worded watch.“

President Barack Obama has failed the nation in his most important responsibility: keeping America safe.

Here’s a saying for you, “When Leftists lie, Americans die!”

Obama Terrorism: Back to the technicality. 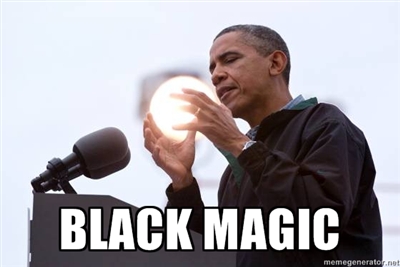 Obama is technically right, as no “foreign terrorist organization” has successfully attacked the U.S. since September 11, 2001. But it’s not because they haven’t. Confused?

When you don’t recognize ISIS, ISIL, al Qaeda as official “organizations,” then you can parse words. None of these organizations are a government, per se. Further, when attacks occur, the Obama administration calls them “lone wolf” attacks, even when ISIS, etc take credit.

Thus, the American attacks are no longer “foreign,” but instead domestic.

There you have it, David Copperfield. You’ve just seen Obama’s magic act.

Certainly Obama noting the difference between foreign and domestic matters to the hundreds of Americans maimed and killed during his presidency. The victims of liberal policy deserve better than “technically right.”

Recall that Fort Hood was “technically” ‘workplace violence.’ And because Obama’s State Department won’t allow the use of “radical Islamic terrorism,” most of these attacks were not done by radical Islamic terrorists. These were just plain old criminal acts. When Obama Department of Justice gets around to it, they will try to figure out the motivation for the attacks.

As for magic, a big part of America can hardly wait for Obama to disappear.

Kyle is a former Congressional speechwriter and campaign operative. He now works as a chemist in the private sector and is an editor and contributor at ThinkRightPolitics.com