It’s hard to imagine CNN could stoop any lower.

Now the media will let anyone bash Trump, even sex-offenders, as long as they promote the Leftist Agenda.

There was a time when news panels were made up of experts, or at least respectable folks. Now the only thing CNN finds interesting is disrespecting the Commander in Chief.

Considering the network features Kathy Griffin who thought it a joke to behead President Trump, all in the name of the laugh. Thus, nothing CNN does should surprise us.

And then there is this.

In a recent interview, the twisted news anchors turn to a pedophile for the latest dose of Trump-bashing. 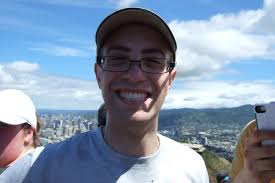 You don’t have to be a crackerjack detective to know that Schwartz is currently out on bail for two felony charges. It definitely caused some embarrassment for the Mayor.

Schwartz was under investigation, and he willingly handed over his laptop to authorities. Needless to sasy, he knew the jig was up.

Just the thought of this man makes my stomach churn, yet there he sat as a panel member on CNN.

Was there no other pundit available? Schwartz’s own family is baffled.

Arthur Schwartz is no choir boy either, though he isn’t a sex-offender. His biography links him to Acorn as well as the ‘pay-to-play’ scandal of the SEIU. What’s that saying: the acorn doesn’t fall far from the tree?

Schwartz was released after paying $7,500 bail Thursday, said his attorney James Roth — who acknowledged his client may be a very troubled man. “If the alleged actions are true, it really seems like a product of someone with a psychological problem calling out for help, not to evade the law,” said Roth. “He surrendered his computer and gave them consent to search.”

Schwartz never shared the images or videos with anyone or took part in chat rooms where the images were shared, Roth said. “How (the police) came to him I do not know,” the attorney said. “He’s going to be undergoing psycho-sexual therapy to get to the root of this issue.

Back to the Real Problem:

All psycho-babble aside, the fact is clear. Jacob Schwartz admittedly engaged in child pornography. However, CNN ignored that fact just to have a Trump-basher on their panel. Consider the vitriol one must feel for Trump to drag the bottom of the pundit barrel for a pedophile?!

Sadly, CNN will eventually face the consequences of their choices. Once the ‘most trusted name in news”, they have fallen to the level of faker-than-fake. It’s doubtful CNN can ever recover.

This move certainly didn’t help. But it’s our responsibility to let the world know the level to which CNN will stoop to bash the president.