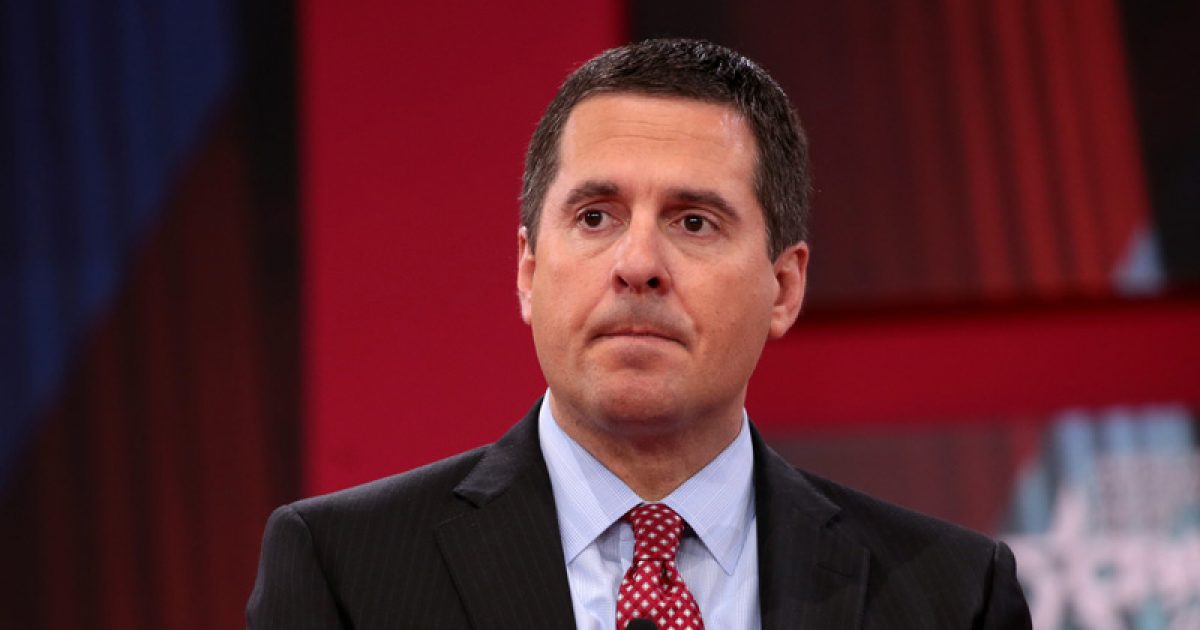 CNN proclaims to be the ‘most trusted name in news.’ But the moniker hasn’t been true in many years.

Enter Donald Trump and CNN morphed into the crazy news network, or as Trump would say, the “very fake news.”

Sadly, Trump’s nickname failed to faze the network. In fact, these has-been journalists seem to enjoy touting fake news whenever possible. However, the tide is starting to turn.

Last week, a reporter from Newsweek was fired for her blatant lies about the President. Now, Devin Nunes filed a blockbuster lawsuit against CNN for their blatant mistruths.

Rep. Devin Nunes, R-Calif., sued CNN for defamation on Tuesday, accusing the cable network of publishing a “demonstrably false hit piece” about him amid his high-profile opposition to the Trump impeachment inquiry.

The 47-page lawsuit, filed in the United States District Court for the Eastern District of Virginia, accuses the liberal network of publishing “numerous egregiously false and defamatory” statements about Nunes on Nov. 22, 2019 when journalist Vicky Ward reported claims that Nunes met with Ukranian prosecutor, Viktor Shokin, in Vienna in 2018 to dig “up dirt” on Hunter and Joe Biden.

Nunes, who has been leading GOP opposition to the House Democratic impeachment inquiry in the House Intelligence Committee, says he “did not go to Vienna or anywhere else in Austria in 2018” and “has never met” Shokin.

“CNN is the mother of fake news. It is the least trusted name. CNN is eroding the fabric of America, proselytizing, sowing distrust and disharmony. It must be held accountable,” the lawsuit, obtained by Fox News, states.

Guess what CNN had to say about this lawsuit? Nothing. What can they say? Once again, they’re caught red-handed.

In fact, this lawsuit might prove to be the straw that breaks the Fake News’ back!

Back before Thanksgiving, CNN reported what would have been a big story if it were true.

A lawyer for an indicted associate of Rudy Giuliani told CNN that his client is willing to tell Congress about meetings the top Republican on the House Intelligence Committee had in Vienna last year with a former Ukrainian prosecutor to discuss digging up dirt on Joe Biden.

The attorney, Joseph A. Bondy, represents Lev Parnas, the recently indicted Soviet-born American who worked with Giuliani to push claims of Democratic corruption in Ukraine. Bondy said that Parnas was told directly by the former Ukrainian official that he met last year in Vienna with Rep. Devin Nunes.

“These demonstrably false and scandalous stories published by the Daily Beast and CNN are the perfect example of defamation and reckless disregard for the truth,” Nunes said in an interview with Breitbart. “Some political operative offered these fake stories to at least five different media outlets before finding someone irresponsible enough to publish them. I look forward to prosecuting these cases, including the media outlets, as well as the sources of their fake stories, to the fullest extent of the law. I intend to hold the Daily Beast and CNN accountable for their actions. They will find themselves in court soon after Thanksgiving.”

It seems conservatives repeatedly have to defend themselves against the fake news. No one deserves constant attacks with false reports of where they are and what they’re doing. But that’s exactly what Nunes faces over and over again.

The lawsuit reads: “Devin Nunes did not go to Vienna or anywhere else in Austria in 2018, between November 30, 2018 and December 3, 2018. Devin Nunes visited Benghazi, Libya on official business of the House Intelligence Committee. He discussed security issues with General Khalifa Haftar. Devin Nunes also traveled to Malta, where he met with U.S. and Maltese officials, including Prime Minister Joseph Muscat. There, Nunes participated in repatriation ceremony for the remains of an American World War II Soldier missing in action.”

“On November 22, 2019 at 9:00 p.m., at the same time CNN published the CNN Article on its digital network, Ward appeared on Cuomo’s television program ‘Cuomo Prime Time,’” the lawsuit says on page 22, “During the broadcast, Cuomo and Ward vouched for the story as if it were fact, doubled-down, and published further defamatory statements about Plaintiff [Nunes].”

“CNN coordinated publication of the false and defamatory statements about Plaintiff across each of its platforms,” page 25 states.

“CNN published the CNN Article to multiple new target audiences, including CNN’s 32,000,000+ Facebook followers and CNN’s 56,000,000+ Twitter followers in Virginia and around the World.”

Nunes added, “I’m also demanding the immediate retraction of re-reporting of the false story and the deletion of any links to it by media outlets such as Raw Story, Daily Kos, Vox, The Week, Newsweek, Mother Jones, HuffPost, Vanity Fair, Salon, Washington Monthly, Esquire, Talking Points Memo, and Mediaite.”

The Fake News has had their fun.

Now it’s time they face the consequences of their behavior. I’m glad to see Devin Nunes say “enough’s enough!” And I’m guessing $435M will be enough to cover the frustration CNN repeatedly causes.