The other day President Trump held a rally in New Orleans, and a college championship football game broke out.

Not to be outdone, Democrats held a Klan rally where a debate broke out.

As my friend and business partner Chris Harris at Unhyphenated America penned, #DNC2020SoWhite.

Chris wrote a piece describing the last Democrat debate as a “whiteout”.

I’m no weatherman, but I predict a “whiteout” of epic proportions in the middle of the summer in Milwaukee, WI. Why? Because that’s the location of the 2020 Democratic National Convention in July.

By “whiteout”, I mean that Democrats will have a glaring “absence of color” on stage at the convention. If you thought #OscarsSoWhite was bad, consider the Democratic Party of 2020.

With a field that once contained as many as 17 potential candidates, Democratic candidates represented the most “diverse” group in the history of American presidential politics. They had four Blacks (Kamala Harris, Corey Booker, Deval Patrick, and Wayne Messam), a Hispanic (Julián Castro), a young female Pacific-Islander (Tulsi Gabbard), and they even had a young Asian (Andrew Yang). Democrats had gay and straight, young and old. Essentially they had them 8-to-80, blind, cripple and crazy. The field looked like a Benetton commercial with a Geritol shameless plug. You even had another Black guy, former Attorney General, Eric Holder publicly toying with the idea of throwing his hat into the ring.

However, in the unlikely event that Americans tune their TVs to CNN tomorrow to watch the debates (or just watch ESPN or HGTV like hundreds of thousands of Americans usually prefer to do), they will witness a stunning lack of “diversity” on the dais. The lack of “color” on stage will be so stunning that even The Babylon Bee jokingly quipped, you “No Longer Need a Color TV To Watch The Democratic Debates”. 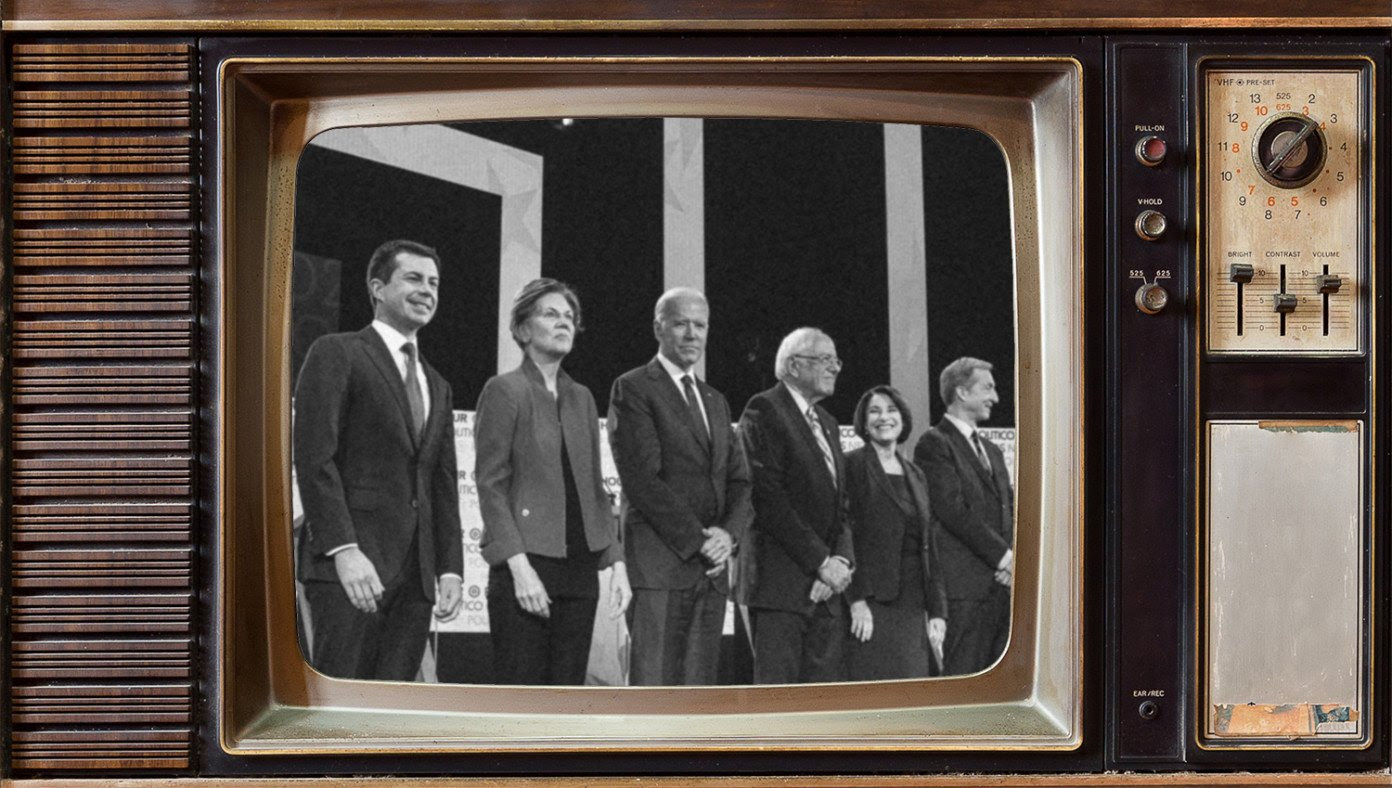 Democrats clearly hearkened back to their racist past, which reminded me of this picture. 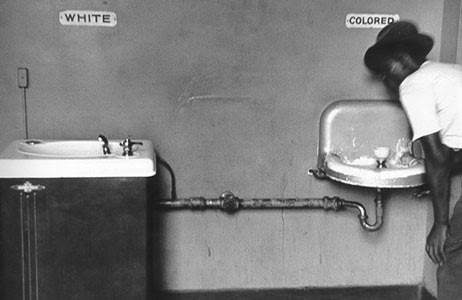 It’s fun to watch Democrats destroy themselves. There is hardly a lie they’ve told that they haven’t deconstructed right before America’s eyes.

Democrats hate America and true Americans. This is why they want open borders, and support what they declare is the “browning” of America. Meanwhile we learned that in 2019 more non-whites were born in America, than whites.

Democrats recently lauded a Iranian terrorist General Qassem Soleimani, a man who has killed hundreds of Americans, in the aftermath of President Trump dispatching the general by sending a missile up his ass.

Sadly for Democrats, they have nothing to run on. Baby Black Jesus is gone, and secretly Democrats are happy. They showcased their feelings about Obama, as they overlooked two of his proteges, namely Harris and Booker. Both are junior senators, black with no Negro dialects. A chip off the old Obama block. Yet they, and two other blacks get no love from the Party of Lynching Negroes”.

Impeachment has become a joke, with the punchline being Russia and Ukraine. Soon even late-night comedic hacks will be forced to admit that Trump makes Obama and the Democrats look like toddlers who sh*t their diapers.

As for the debate itself, in full disclosure, like most Americans I missed it. But I did get a few recaps.

One of the more interesting points was an attack on Bernie Sanders by CNN.

The loaded questions in favor of Elizabeth Warren were more obvious than a turd floating in a punch bowl. If Sanders wasn’t sure the fix was in, I think he knows now. While Warren won’t win the nomination, Bernie won’t either.

Interestingly, Warren claimed Sanders told her that a woman couldn’t be elected president, then dances around the answer. Reason: Fauxcahontas lied on Bernie.

Next observation: I saw nothing of Biden.

The supposed front-runner said nor did anything to rate a soundbite? Actually, this is good news for the king of the gaffes. Clearly Biden set his strategy on other candidate attrition. The friend of segregationists and other racists certainly appears to have a winning strategy, given that all the black candidates are essentially gone.

The bar was a lot higher as the frontrunner. He made no big mistakes — but also scored no major points. If he was looking to close out Iowa with a crescendo, he failed.

I agree. Biden believes he can be president on the muscle-memory of the Obama era. A gross miscalculation, as Democrats really didn’t enjoy the Obama-era as much as the let on.

Final obervation: Van Jones’ comments about the debate sparked lots of animus from Leftists towards him.

But Jones told the truth:

But that was, as a Progressive, to see those two have that level of vitriol was very dispiriting. And I want to say that tonight for me was dispiriting.

The Democrats got to do better than what we saw tonight. There was nothing we saw tonight that will be able to take Donald Trump out and I want to see a Democrat in the White House as soon as possible…To see further division tonight is very dispiriting.

Remember that Van Jones predicted the first Trump victory, early on. He was right then, and he’s right now.

Democrats now swim against a swift current. First, because they offer nothing except vitriol, as Jones pointed out. But the second and bigger problem for them is Trump’s success.

They never counted on Trump’s success. And so much of it.

How do you fight against record employment? Record stock markets. Consumer satisfaction indexes the highest in decades.

Trump’s handling of North Korea and Iran is just short of masterful. I said on my radio show the other day, “Where is the talk of Trump being a puppet of Putin?”. And what of the tax cuts? NATO? The border wall?

Democrats don’t discuss these things, because Trump has won in all of them.

Trump is top of the line news in EVERY country on the planet. You take Trump out of the news cycle, and you lose 70 percent of the news people want to hear anywhere in the world. Barack Obama experienced this for a year at the onset of his presidency. However, by the end, nobody cared about Obama or his policies. For doubters, ask yourself how many people Obama could get into a convention center or stadium compared to President Trump.