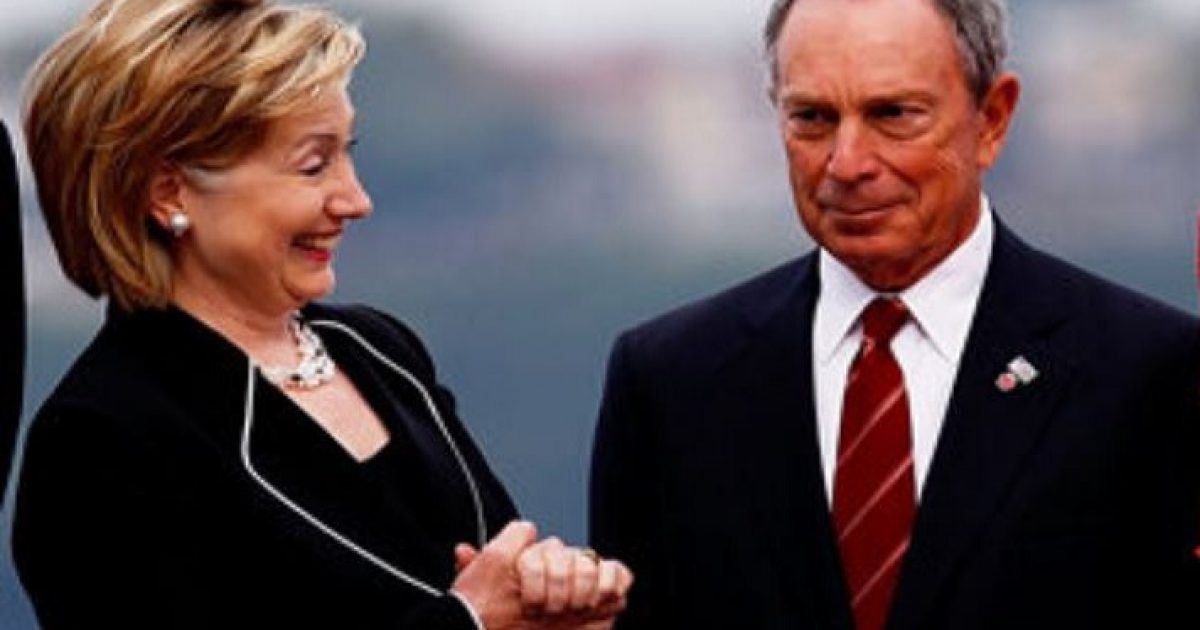 Billionaire Marxists like “Mini Mike” Bloomberg aren’t used to actually earning things. They usually just make a couple of well-placed phone calls to get what they want.

Bloomberg figures, why bother with the process of campaigning when you can buy your way into the presidency.

As the Washington Examiner reports of Bloomberg’s tactics:

But, for the moment, with Bloomberg having never been in a debate, with few voters having seen him, and with none having had a chance to vote when his name is on the ballot, Bloomberg attracts more than his share of media attention.

Bloomberg, who is skipping the early contests in Iowa, New Hampshire, Nevada, and South Carolina, is campaigning in Super Tuesday states. On Wednesday, he was in Chattanooga, Tennessee. He gave the impression of an executive from out of town who has been briefed on his audience and advised to score a few local points.

“You don’t see many presidential candidates here in Chattanooga, I’m told,” Bloomberg said. “But they don’t know that this is the home of the Moon Pie!”

Last time out, Democrat elitist selected a guy for whom they bought the presidency. Figuratively, Obama was purchased at auction, then placed in power. And he paid off like a slot machine.

Follow the money and you will find Obama’s biggest donors.

For example, the Green Deal where America paid billions for failed green energy companies like Solyndra and EnerOne. Mostly all these companies disappeared, bankrupt. And taxpayers footed the bill.

Obama’s big book deal was financed by taxpayers. The same company who gave the Obamas millions profited by providing books to many of America’s school kids. Billions for millions in that pay-for-play scam.

But this time around, Democrat elitists figure, “Why bother with the middle man?”. Why put puppets in office, when you can head straight to the Soda Nazi!, Michael Bloomberg.

Imagine how well Bloomberg can do as president, if his tenure as Mayor of New York is any indication.

Bloomberg began his job as mayor Jan of 2002. A NY Times article from 2008 chronicled Bloomberg’s fortune at the time, as well as its growth:

Bloomberg first ran for mayor in 2001, his net worth was estimated at $5 billion. Last spring, Forbes magazine calculated that he was worth $11.5 billion, which made him the world’s 65th wealthiest person. A net worth of $20 billion would catapult him into the magazine’s top 25.

Bloomberg blew by the $20 billion figure.

Here’s what the NY Post wrote of Bloomberg’s good fortunes:

Mayor Bloomberg won’t have to go to work after he leaves City Hall in January — he added another $6 billion to his net worth this year.

But Bloomberg, with $31 billion, remains only the 10th-richest American, according to Forbes’ annual list of the top 400, because his fellow billionaires also saw their wealth balloon.

Bloomberg was worth a mere $19.5 billion two years ago. His nest egg had plummeted during the recession from $20 billion in 2008.

Forbes didn’t detail how the mayor’s bankroll expanded but his prime source of wealth has been an 85 percent stake in his media/financial conglomerate, Bloomberg L.P.

Bloomberg’s additional $6 billion was far from the record for 2013.

Bloomberg’s “luck” makes Pelosi’s financial windfall from $12+ million in 2008 to $35+ million in 2010 and Bernie Sanders’ sellout for a couple of million to Hillary Clinton look like child’s play.

Why profit millions (Mr. Bernie Sanders) while supposedly working for the taxpayers, when you can profit billions, Silly!

What to do with all that money?

I have an idea…BUY voters!

And that’s apparently what Mr. Magnanimous has done. As the Washington Examiner reported, Bloomberg is surprised by the number of people who showed up to his event in Tennessee.

The crowd was friendly in part because it was assembled by the enormously expensive organizing force Bloomberg has assembled. “I’m sorry. We just never expected a crowd this big,” he told the group. “I’m so flattered.”

Flattered? Over the big crowds that Bloomberg bought?

“Come meet statuesque Michael Bloomberg. We’ve flown in an executive chef from France, who will prepare steak and lobster. Swag bags will be provided and everybody gets a new Tesla and a one-ounce gold bar for voting age child…entry is FREE!”

Bloomberg’s tactics might buy him a few votes here and there. According to Reuters, Bloomberg spent $183 per voter seeking re-election as Mayor of New York. As indicated earlier, he got his money back and then some.

Unlike New Yorkers, mainstream Americans can’t be bought with $183 and empty promises. “Mini Mike” will soon see that a bigger bank account doesn’t make him the bigger man.

Tiffany Layne - October 25, 2021
There were no casualties resulting from the drone strike on the US military base in Syria last week. But at least we now know...

The Irony of Alec Baldwin