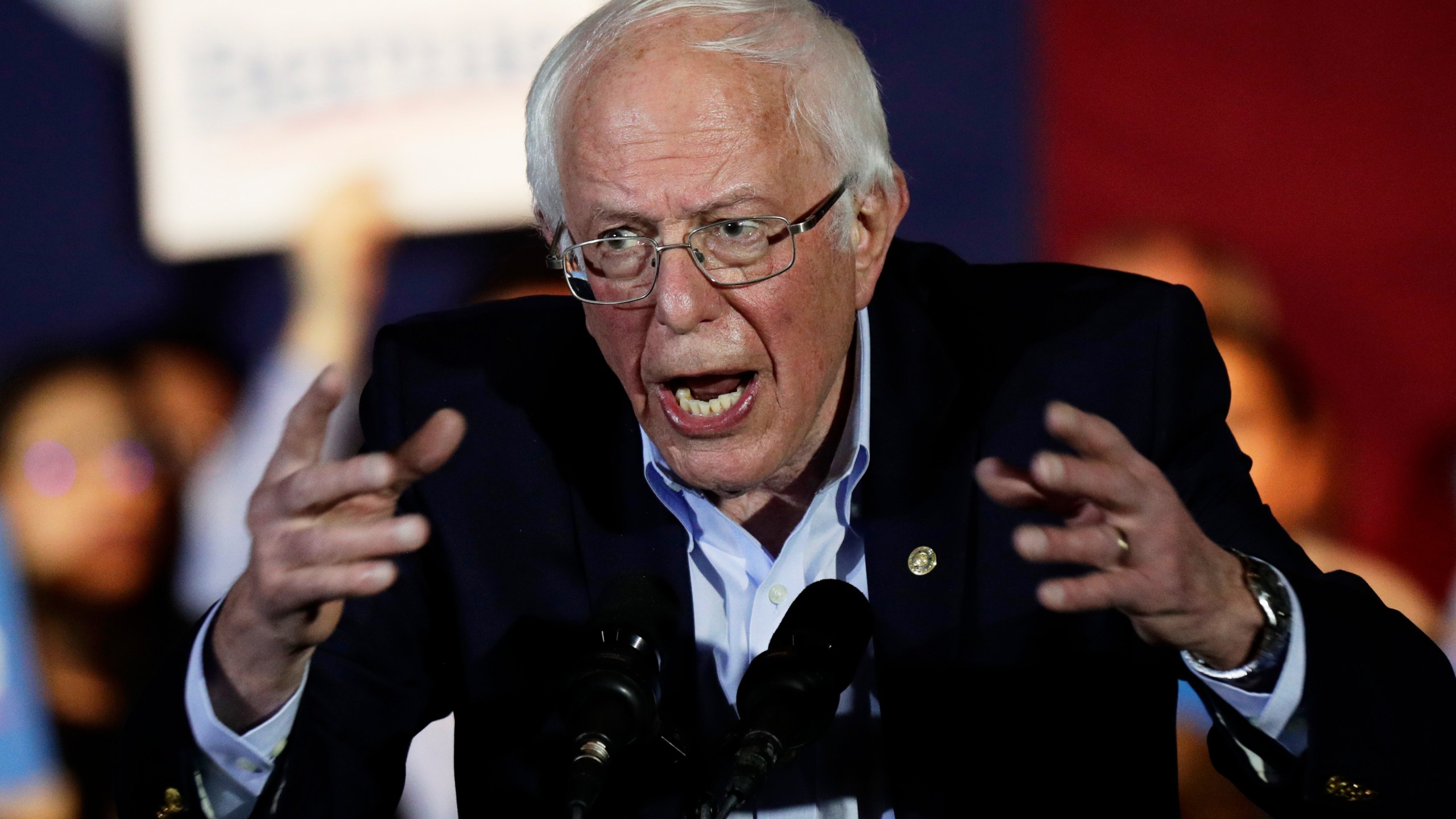 For the last half-century liberals have had an infinity with “Recycling”:  Garbage, Compost, Papers, Charred-Metals, rebranded failed Politicians, and have now the resurrecting of failed ideas from “history’s unmarked grave of discarded lies.”

The ‘Experts’ Have Spoken.i

The ‘Sage of Burlington’ has repeatedly stated how he views “Democratic-Socialism”.  Thus, in his own words:

While Sanders self-identifies as a democratic socialist, which many right-wing lawmakers, and pundits often conflate with communism, the two political ideologies actually have major differences.

So, what is the definition of oxymoronic sounding ‘Democratic-Socialism’?

1: A political movement advocating a gradual and peaceful transition from capitalism to socialism by democratic means.

2: A democratic welfare state that incorporates both capitalist and socialist practices.

An opportunity rarely goes by where the Socialist Senator from Vermont will liken his vision of America’s future to modern day Scandinavia:

Except Sanders has been misrepresenting his political agenda to the American voters for the last 8 years!  He peddles a historically false narrative to an inept voter base, while an imprudent American mainstream media neither factchecks him, nor calls him out.

Although Scandinavia is progressively liberal, by their own words, the Northern European states are not Socialist; or Democratic-Socialist.  Former Denmark Prime Minister Lars Løkke Rasmussen’s speech at Harvard 2015 informed:

“I know that some people in the U.S. associate the Nordic model with some sort of socialism.

Denmark is far from a socialist planned economy.  In fact, Denmark is a market economy, albeit with an expanded welfare state which provides a high level of security to its citizens.”

Johan Hassel, the head of Sweden’s far-left Socialist-Democrat Party, was at a Sanders’ Iowa rally in mid-February.  He listened to the bloviating.  He listened to the promises.  He heard what the crowds were demanding.  He “was not impressed” with Bernie or his ‘bros’!  According to the Svenska Dagbladet, Hassel described the experience:

“We were at a Sanders event, and it was like being at a Left Party meeting.  It was a mixture of very young people and old Marxists, who think they were right all along. There were no ordinary people there, simply.”

Hassel instead was more smitten with Mayor Pete Buttigieg. 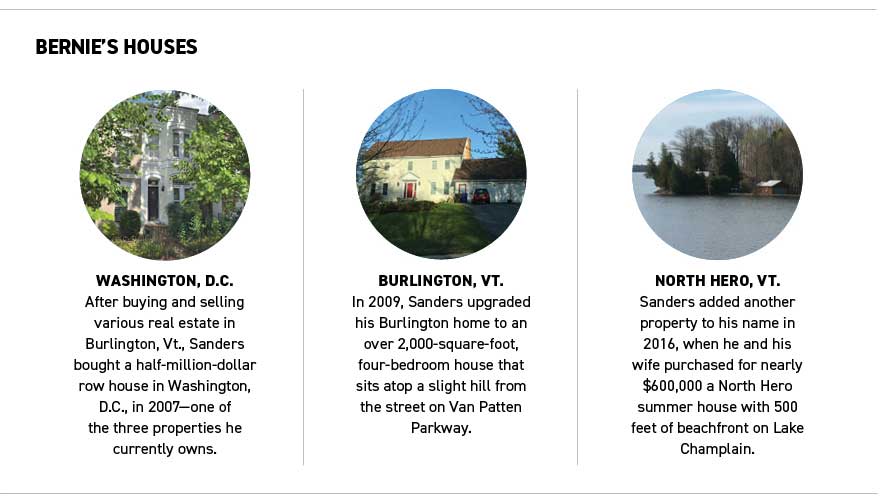 A lifelong political rabble-rouser, Sanders has been a critic of accumulating wealth.  That has not stopped Sanders from amassing a $2.5 million personal financial fortune from real estate holdings, personal investments, government pensions, and ‘profits’ earned from authoring three books.  This afforded the Socialist Senator to live quite comfortably in his ‘three’ homes.

But double standards are becoming a comfortable norm for Sanders, as are the creature comforts that come with his newfound wealth.  Normally he has won over fans with attacks on fossil fuels usage, proposing radical ideas to climate change, and assailing the trappings of corporate greed.  So why has Bernie been seen flying on a gas-guzzling ‘private’ jet?  Should he not be leading by example? 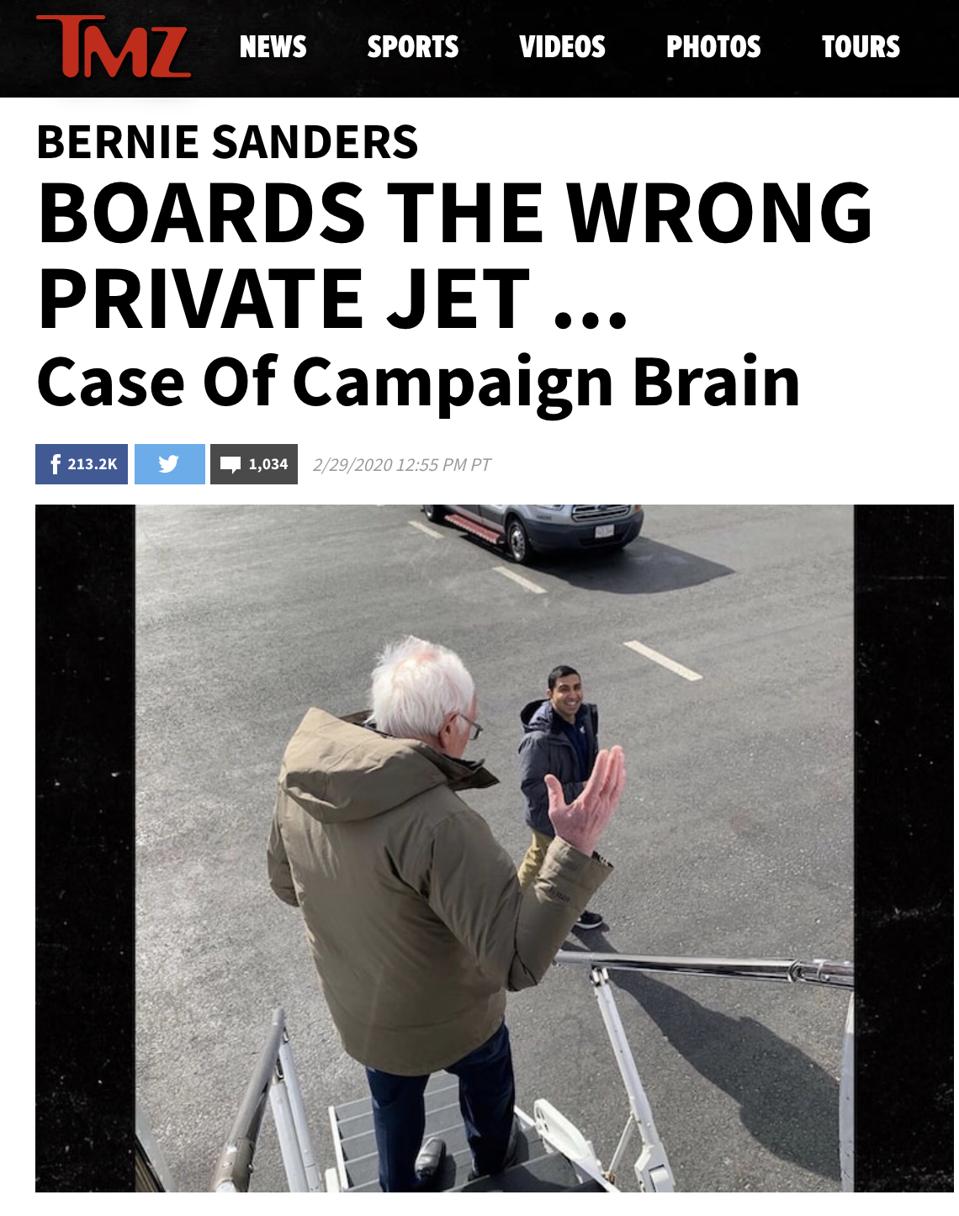 The Democratic front-runner was spotted Saturday making his way off of a private Gulfstream between campaign stops in South Carolina and Massachusetts — the latter being where he held a rally at Boston Common ahead of Super Tuesday.

As for this little mix-up here, it’s kinda funny. Bernie’s been flying all over the country for different campaign events — so the guy’s definitely busy and has a preoccupied mind at the moment.  Mistakes like this (getting on the wrong Gulfstream) are bound to happen.

Down in South Carolina, someone alleged he had as many as three Gulfstreams to himself to get somewhere just a couple hours away. Unclear if that’s true, but here’s something to keep in mind.

Sanders verbally attacked “millionaires in the Senate”, but since winning the Vermont Senate seat in 2006, he had developed a few ‘bad habits’ that would make Keating Five and William Jefferson proud.

Accusations have been swirling since 2016 that the Sanders campaign had been redirecting millions in donations to a boutique media company linked to Jane Sanders, Bernie’s wife.

What is interesting about the Sanders family foray into media buying, in particular, is that Jane Sanders had no apparent background in media buying.  But in her husband’s 2006 campaign, she worked with two media buyers named Barbara Abar Bougie and Shelli Hutton-Hartig – two names that would become significant when Bernie’s political ambitions went national.

Bernie Sanders’s insurgent 2016 presidential campaign brought in a huge sum of money.  A large chunk of it — nearly $83 million — flowed to a mysterious limited liability company (LLC) with no website, no phone number, and no office space.  Indeed, the LLC was registered to a private home on a cul-de-sac in suburban Virginia.

The Sanders campaign purchased a whopping $82.77 million in political ads through Old Towne Media, which could have earned the company a media fee of more than $12 million.

It is clear now the big mystery as to how Jane Sanders could have bankrupted an entire college into shutting its doors.  Remember, these are the same people calling for free college for everyone.  A lack of financial aptitude Sanders’ part is leading to the wheels coming off his proposed economic agenda.  He has had to admit his tax increases are going to be spread across the rich and the middle class to pay for all of his ‘free’ programs, with an current estimated $60 trillion pricetag.

Of course, he says the taxpayers will be “delighted” to foot the costs.

The big question going into 2020 was if Bernie Sanders could sojourn through the demands of a presidential political campaign after a heart attack.

Sen. Bernie Sanders had no reported history of heart disease and had been keeping up an active presidential campaign schedule. But during an event Tuesday evening in Las Vegas, he experienced chest discomfort, his campaign said. Tests showed a blocked artery, and he had two stents implanted.

The fact that Sanders needed two stents is not an indication of the scope of his problem, said Dr. Deepak L. Bhatt, who is executive director of Interventional Cardiovascular Programs at Brigham and Women’s Hospital Heart and Vascular Center in Boston.  The average number a patient needs is a little under two, he said.

It was not only just a medical doctor identifying the ailment that saved Sanders, but prompt actions from expert specialists that made the life-saving difference.  As the Associated Press detailed:

The key test to show that was a treadmill exercise test in which doctors watch for signs of trouble during strong exertion. Sanders’ exercise capacity this month was “average” for a healthy man his age without heart disease, and he was able to exercise to a level about 50% higher than men his age who do have heart disease, wrote University of Vermont cardiac rehabilitation chief Dr. Philip Ades and exercise physiologist Patrick Savage in a separate letter.

Amazing that the same type of primary healthcare that saved Bernie Sanders’ life is also the same healthcare system that is one of the first things he would dismantle if elected president.  For notice Sanders did not rely on his own ‘healthcare-for-all’ philosophies when it was his life on the line.

Let that be the ultimate lesson of Socialism, in all it’s forms:  “All animals are equal, but some animals are more equal than others.”