Democrats fell from grace and it panics them. There was a time not that long ago when Democrats could lie and the public bought the lies, hook line and sinker.

I wrote a while back that nobody would have predicted that the term “fake news” would stick. I believe it’s the first time in my lifetime where something a Republican said actually became part of the lexicon.

The term “fake news” is here to stay. And worse for the Democrats, it applies to their media lapdogs.

So in yet another clue that President Trump will be re-elected, just follow the laughter.

The world laughs at Leftists in America. Because the world knows that Leftists got their asses kicked over the Chinese Wuhan nonsense of 2020.

Leftists don’t realize they’ve lost just yet, but all the signs are there. For example, opening the economy.

People in 21 states protested recently about opening the economy. By mid-May ALL of the U.S. will be back in business. More on this in a bit…

President Trump declared that May 1 would be the date he wants the economy kickstarted. And despite the kicking and screaming of Leftists, most states will oblige. But not because of Trump. Not even because of the protestors. But because of ridicule.

One of the most powerful weapons in politics is ridicule. And that’s what is now happening to Chinese Wuhan Virus zealots.

Leftists got nothing right about this virus. They either unwittingly hid stats and facts               , or worse; they knew the data and still caused a panic.

With not enough people dying, Leftists began faking death stats. The most glaring example came when New York City registered 3,700 people who died in their homes as dying from the dreaded Chinese Wuhan Virus. Interestingly, they didn’t test any of them, yet still added them to the virus’ death toll.  The jokes ensued.

Like this graphic made to look like a CNN story. Title: Man Eaten By Shark Dies from Coronavirus. Subtitled: Pelosi Blames Trump. 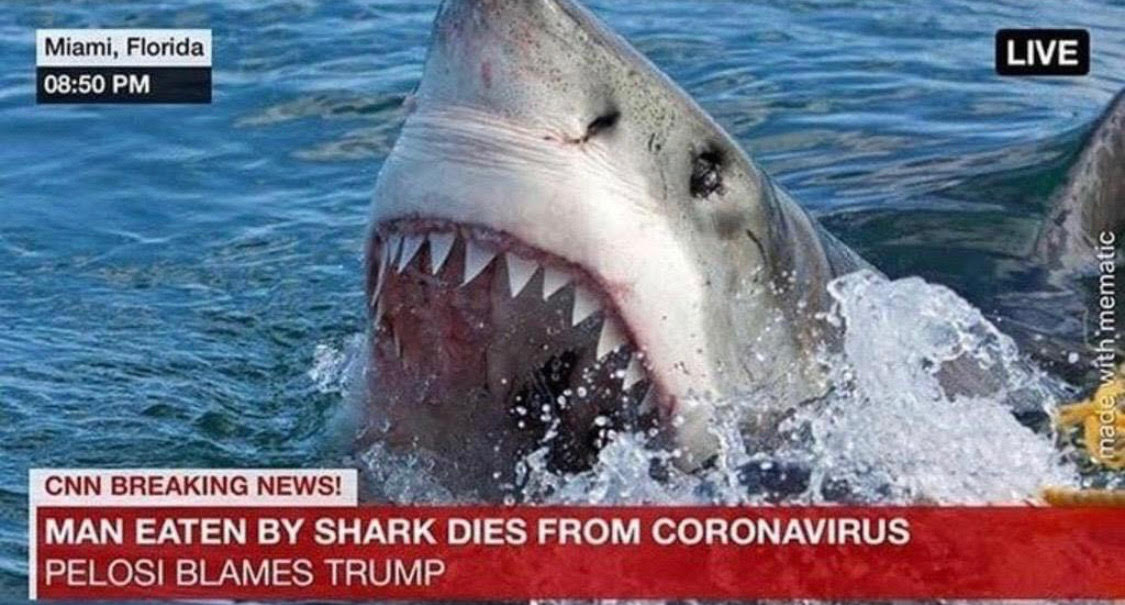 Snark doesn’t get any better than this.

And there have been plenty more examples.

Skydiver Whose Parachute Fails in 30,000 Foot Jump Dies of Coronavirus.

Due to the recent Oklahoma tornadoes deaths, I tweeted:

5 People Caught in F5 Tornadoes in Oklahoma Killed by Coronavirus 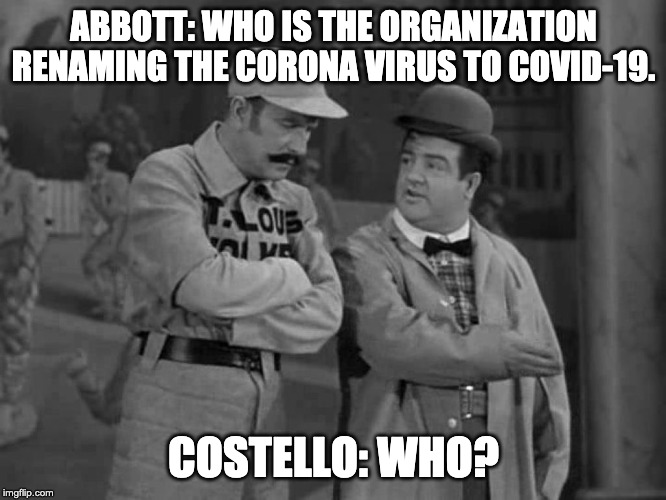 Americans have awakened to the ruse. And now we ridicule the Left to let them know we are on to them and not just about the Chinese Wuhan Virus. America knows about Joe Biden.

In this graphic, Biden is ridiculed for his dementia. Understand that this type of ridicule doesn’t just go away. Unless Biden can go gaffe-free, each gaffe will produce more scrutiny. 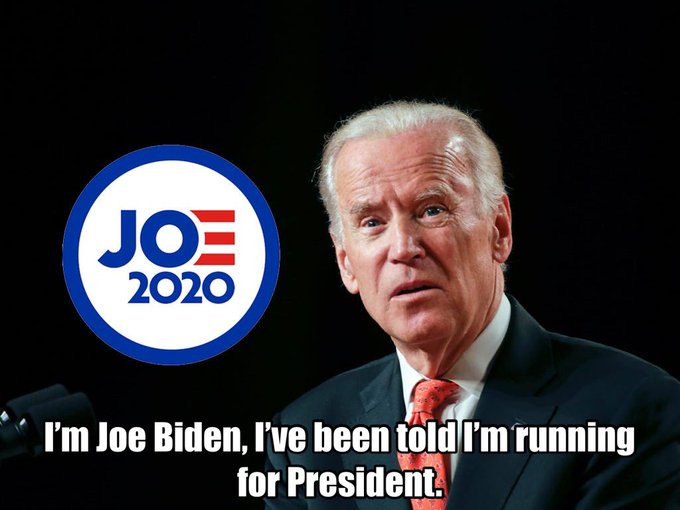 Even the president joins in on the ridicule of Biden, saying things like [pp] “Biden didn’t write that. Somebody wrote that for him. He doesn’t even know where he’s at.”

I paraphrased the president who responded to a tweet Biden supposedly wrote rebuking Trump. Trump knows that Biden is damaged goods. And he will expose Biden on this from now until his re-election.

Democrats managed to make themselves into fodder. Lies and more lies. Lies so unbelievable as to become laughable.