The city of St. Louis set up a hotline for citizens to report COVID-19 violations. F*cking 1984!

I couldn’t believe this actually existed, so I had to click the link to make sure I wasn’t on a hidden-camera show. However, the website really exists.

Now, you can tattle-tell on your fellow citizens over the ruse of COVID-19. 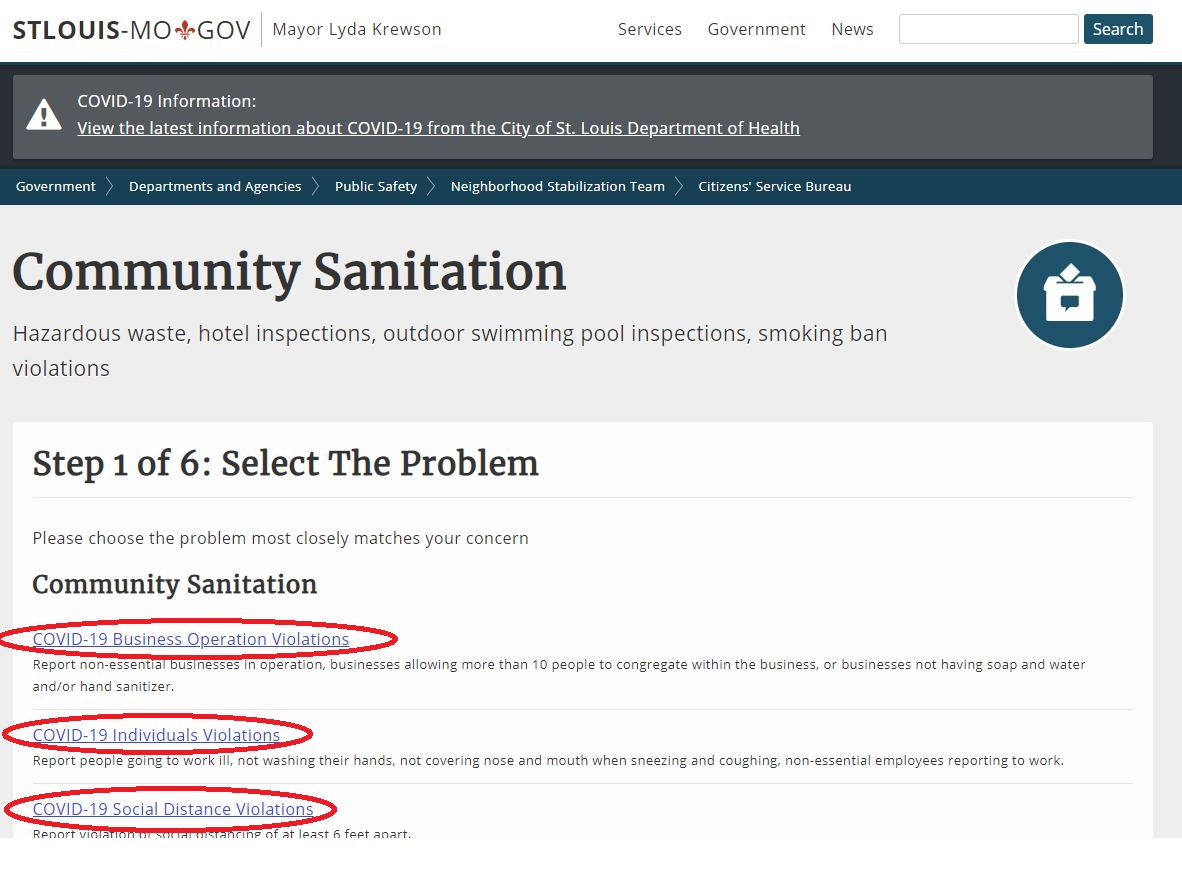 Notice that St. Louis has this covered. Businesses and individual violations of COVID-19 mask policies. And the other category for people violating social distancing.

Any idea how you can enforce this?

You fill out the form, and then what happens? Somebody in a speedy car drives up and writes the offenders tickets?

Another layer of bureaucracy. And truth be told, cities just want that free money. But that money will never happen.

I filed a report

Why not have a bit of fun at the expense of the Leftist idiot mayor of St. Louis. Below is my report: 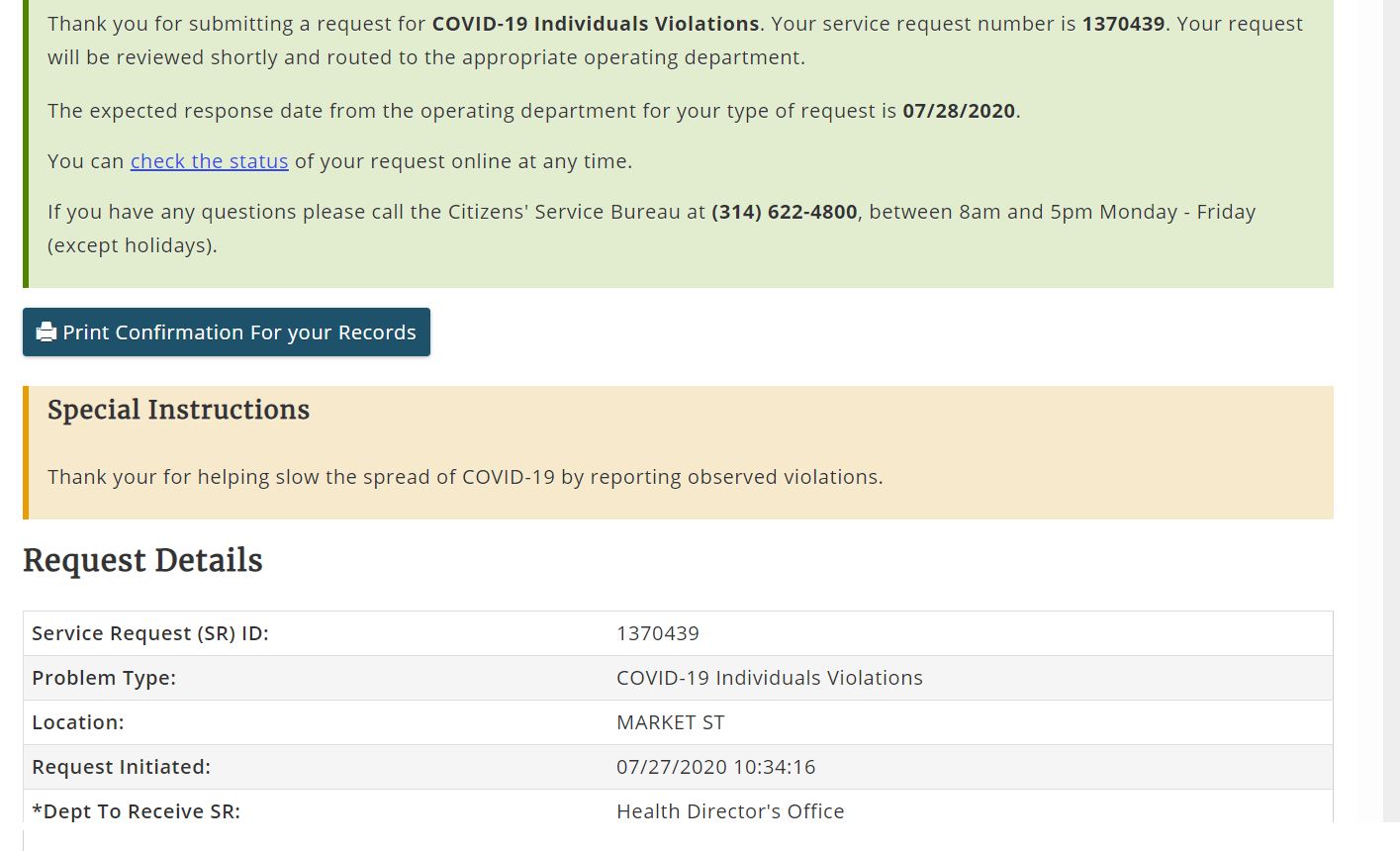 I reported 50 people and myself. 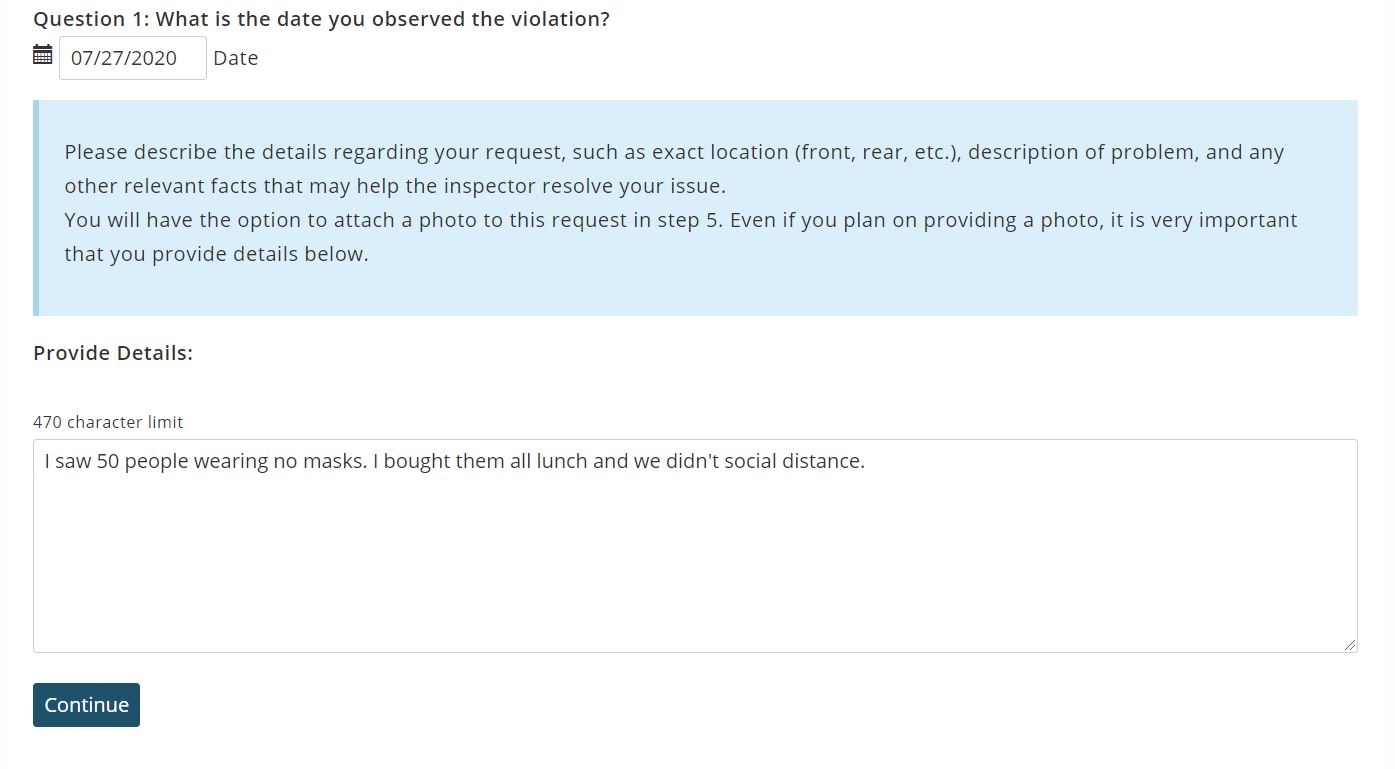 The city acknowledged my report and even confirmed it.

I’m curious to see how this pans out. This could be worse than the cops setting mask traps.

Meanwhile, I’m reminded of another time in history when citizens were urged to tattle on each other.

How many neighbors were quick to rat each other out during the Holocaust? The famed fifteen year old writer Anne Frank was captured and later died thanks to a Dutch informant. Before you decide a covid hotline is a far stretch from the Nazis, just remember, once you trade in your ethics and hand over your freedoms, they’re hard to get back.

So how are they doing things in China?

In China, government-installed CCTV cameras point at the apartment door of those under a 14-day quarantine to ensure they don’t leave. Drones tell people to wear their masks. Digital barcodes on mobile apps highlight the health status of individuals.

These are just some of the ways the world’s second-largest economy has mobilized its surveillance apparatus to help contain the outbreak of the coronavirus.

Who else is willing to bet the Chinese government won’t mind using the data they collect for other purposes?

Sadly, China isn’t the only country ramping up surveillance as part of their “fight against COVID-19.”

And once they ramp up, how fast are the willing to ramp back down?

“Coronavirus is pushing us over the edge and … perhaps institutionalizing these systems and in addition, making general public to become more accepting of these more intrusive measure,” Maya Wang, a senior researcher on China at Human Rights Watch, told CNBC.

The countries using surveillance as part of their covid response claim they are utilizing technology to manage and monitor quarantines.

Countries and cities around the world have been locked down, a move that looks to encourage “social distancing” and reduce the transmission between people.

In Singapore, the government rolled out an app called TraceTogether. It uses Bluetooth signals between cellphones to see if potential carriers of the coronavirus have been in close contact with other people.

Over in Hong Kong, some residents were made to wear a wristband which linked to a smartphone app and could alert authorities if a person left their place of quarantine.

In South Korea, the government used records such as credit card transactions, smartphone location data and CCTV video as well as conversations with people, to create a system where confirmed cases were tracked. The result was a map that could tell people whether they had gone near a coronavirus carrier.

On Thursday, the South Korean government launched an enhanced tool that it says can help track patients even more closely in near real time, in order to see where the disease was moving.

Meanwhile, Israel’s security agency Shin Bet is using citizens’ cell phone location data to track where they’ve been so they can enforce quarantine controls and monitor the movements of those infected. Controversially, the data has been collected over the past few years and intended to for counterterrorism purposes, the New York Times reported. The newspaper said this data trove and the collection of it had not been previously reported.

If leftists get their way, the United States will soon use spying as a way to ‘control the virus.’ As if a virus with a fatality rate less than 2% by the most generous numbers needs to be controlled. 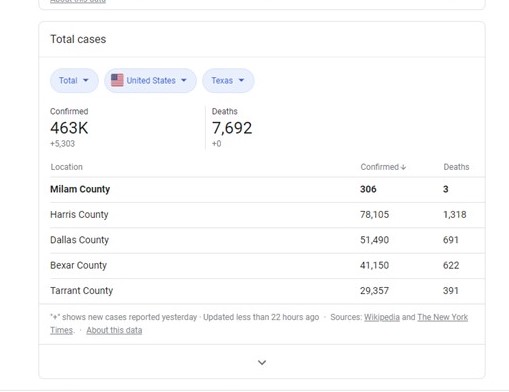 I’d like to say Americans would never allow the government to get so out of control. But I think I’ll wait to see how the city of St. Louis handles my complaint before I make my prediction.