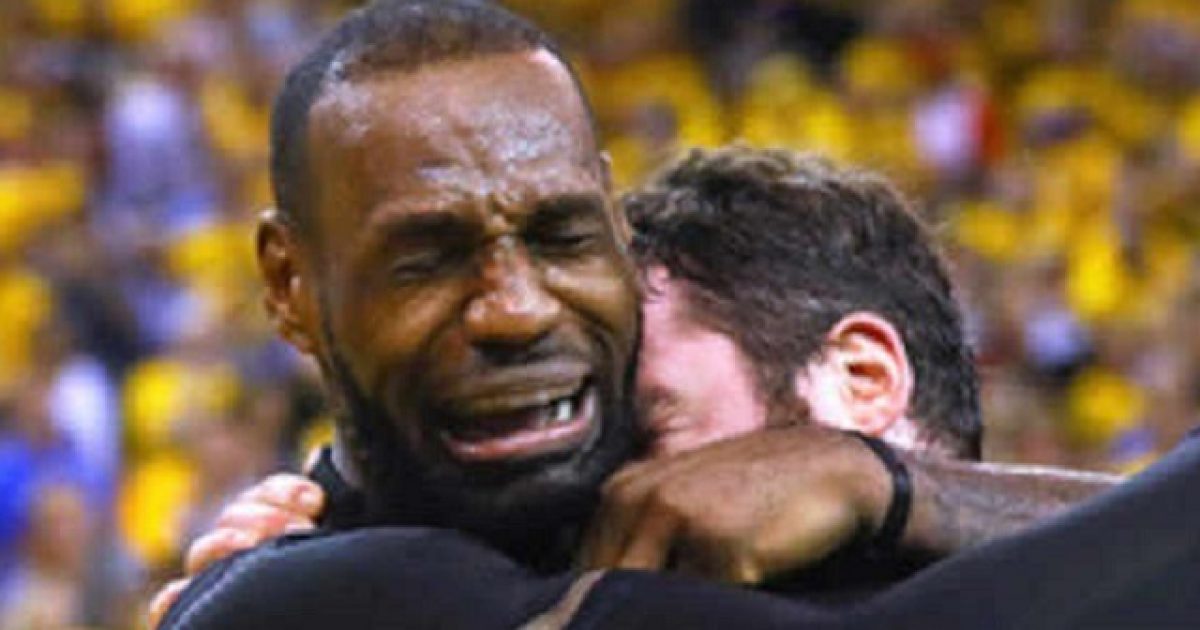 Police won’t take the attacks against them lying down. Some know how to play the political game.

Like one of the cops we interviewed in my award-winning film Bleeding Blue said, [pp] “We you find yourself in serious trouble, you gonna call Colin Kaepernick?!”

Well Kaepernick now takes a back seat to King James, as in LeBron James. James may actually be dumber than AOC. Still, he speaks out against every cop shooting, and recently did so on the shooting in Ohio.

The police decided to mock LeBron James in this video:

I love what the police are doing here, as they expose the serious nature of their jobs while showcasing how stupid LeBron James is.

And how about the racial context of their mocking! BRAVO!

Here’s what I wrote about King Racist:

Why do I know James jumped to a conclusion? Because he quickly deleted the tweet once he found out that the white cop who shot the black girl did so to protect another black girl.

Oops. Tough to call the cop a killer when he was protecting another black woman. Further, James couldn’t accuse Reardon of “hunting blacks”, when it was the black people who CALLED THE COPS!

First, as I mentioned earlier James jumped to a conclusion. He didn’t know the details of the story. He offered a knee-jerk response to a police shooting, validating what Leftists do routinely.

Second, James proved that he has no interest in truth. His reactions are based solely on the color of the proposed victim. In this case, he got the victim wrong. The real victim was the young black girl who would likely be dead, if the police officer hadn’t protected her from the now deceased Ma’Khia Bryant.

Third, will there be any discussion of the bravery of this officer by James? By today’s Leftist standards, this man took a real risk in a no-win, potential “Derek Chauvin” situation. Still, the officer acted to “protect and serve”.

Fourth, will James discuss the fact that despite law enforcement being present, Ma’Khia Bryant continued her attack against the other girl? It was as if Bryant dared the officer to shoot her.

Shut up and dribble. That’s what LeBron James should do.

As for the racists who support his nonsense? “You’re next!”