America’s Idiot in Charge, Joey Demento, announced a claim that the vaccinated are protected against the Wuflu.

In an event hosted by the equally idiotic Don Lemon, Demento declared the Wuflu is not a pandemic…for the vaccinated.

“We have a pandemic for those who haven’t gotten a vaccination,” President Biden says at CNN’s live town hall amid rising Covid cases. “So it’s gigantically important that…we all act like Americans who care about our fellow Americans” https://t.co/pP0y7ug3He #BidenTownHall pic.twitter.com/lIAiDVSSn3

The Wuflu “pandemic” scam is surpassed only by the push to get people vaccinated.

I know this because I look beyond the fake news media narratives in the United States. Take, for example, India. 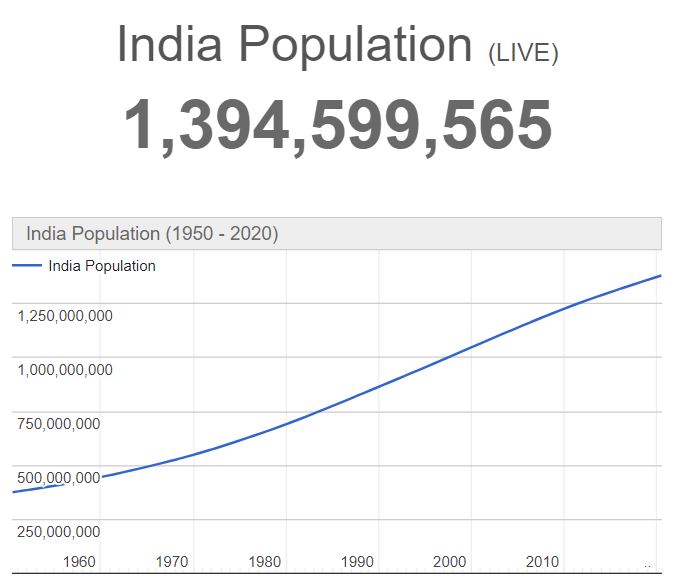 With many of the 1.4 billion Indians living in squalor, India has FEWER cases (31 million) of Wuflu than the U.S. That’s 1/5th the cases their population would suggest in comparison to the U.S.

Even more interesting are the numbers coming out of Africa.

Given that Wuflu supposedly kills black people in greater numbers, one would think that Africans are running each other over to get vaccinated. Yet, here are the numbers from Africa’s equivalent of the CDC:

The Africa CDC, the specialized healthcare agency of the African Union, said during its weekly briefing that around 1.39 percent of Africa’s total population have received a full vaccine regimen, with 61.3 million doses having been administered.

Africa CDC data also showed that more than 57 million COVID-19 tests have been conducted by African countries so far. Tests conducted during the past week reached 1,590,300, registering a six percent increase from the previous week.

According to the agency, the overall positivity rate in the continent was 11.1 percent.

Wuflu by the numbers: 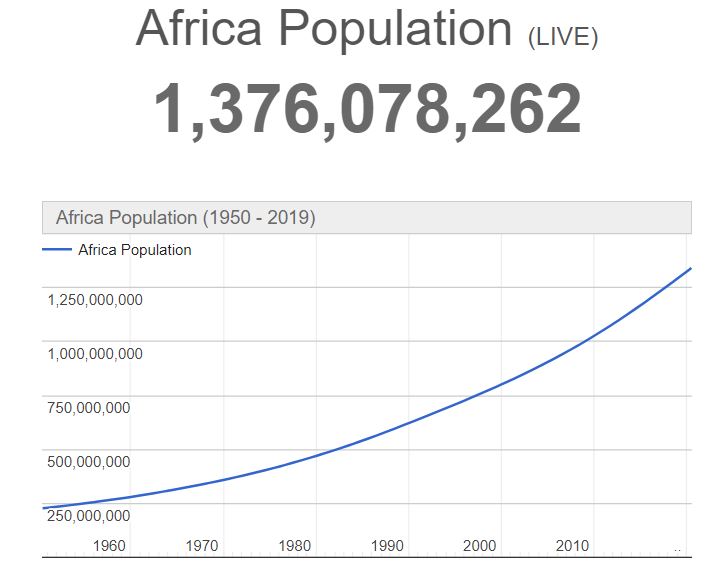 Doing simple math based on Africa, America should have only 1.5 million cases of Wuflu. Yet, the U.S. has over 5 times the number of cases of Wuflu than Africa. 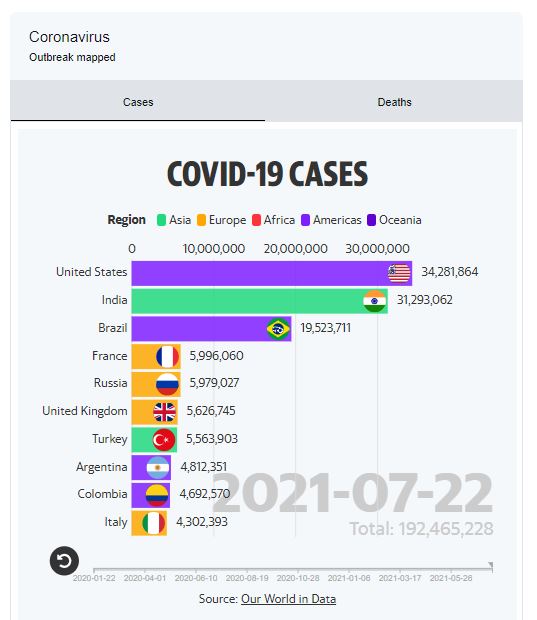 This data point is complicated further by the notion that Wuflu kills black people as a larger percentage of the population.

Check out this report that explains why American blacks die more often from Wuflu.

I spoke to Dr. John Carpten, the chair of translational genomics for the University of Southern California, and Dr. Lisa Newman, a surgical oncologist for Weill Cornell Medicine about how Black Americans are disproportionately more likely to become severely ill or die from #COVID19 than other racial groups.

Less than 2 percent of Africans are fully vaccinated. Yet, those countries have 5 times FEWER cases of Wuflu, ergo Wuflu deaths than the U.S.

While you contemplate that glaring inconsistency, consider Wuflu spending.

MSN reported spending on Wuflu by country. And suspiciously the wealthiest countries (save China) spend the most on fighting this scamdemic:

Germany, Spain, the U.K., and the U.S. are all in the top 10 spenders, and all have over 150,000 cases of the virus. Another country that’s been impacted hard is France, with nearly 170,000 cases; however, the French don’t appear to be addressing the crisis in the same way. France falls in the middle of the list at No. 25, only spending $2,610 per capita on coronavirus relief. But perhaps more disappointing is Italy. With more than 200,000 cases of the virus, the small nation falls at No. 47 on the list, only spending $462 per capita.

In comparison, Germany — the biggest spender — has shelled out nearly $12,000 per capita in relief money, which comes out to a quarter of its GDP. And while the U.S. slots in at No. 8, spending $7,600 per capita, it should be noted that it has by far the most cases of COVID-19. With nearly 1.2 million confirmed cases, the United States has, without a doubt, been hit hardest by the coronavirus. No other country even comes near the half a million mark.

They sell this report that the U.S. ranked 8th. But understand that this is based on the percentage spent by GDP. And the U.S. dwarfs all other countries in GDP, so we are a solid #1 in Wuflu scamdemic spending.

If the Demento administration and the fake news media were truthful, they would admit to this obvious theft. But they never will, because there is no money in truth.

How else can you account for the lack of Wuflu in Africa, using just that continent as an example? And Joey Demento gave FREE vaccines to Africa, yet the Africans refuse to take them for the most part.

Is there any concern by the American media for the next wave of Wuflu in Africa? The dreaded “Delta variant”?

Clearly, Wuflu is NOT a pandemic…for ANYBODY! Biden knows this, and so does the rest of the world.