Americans must demand that the usurper get tested for his cognitive abilities. Or his lack thereof.

Joe Biden is brain-dead. He functions, but that’s about it. This demented clown couldn’t answer a reporter’s simple question without pausing and then referring to notes that his handlers gave him.

Ironically, Biden had just been briefed on that very topic. But he couldn’t remember his talking points.

“With the most recent hack by the Russians, would you say that this means –” the reporter said before being cut off, asking about the mammoth cyberattack that hit over 200 US companies on Friday.

“We’re not sure it’s the Russians. I got a brief when I was on the plane. That’s why I was late getting off the plane.”

Video of the exchange, taken by a different pool reporter, then becomes glitchy. Clearly however Biden appears to be off his rocker as he stopped talking to insert his Pravda credit card into the chip reader. 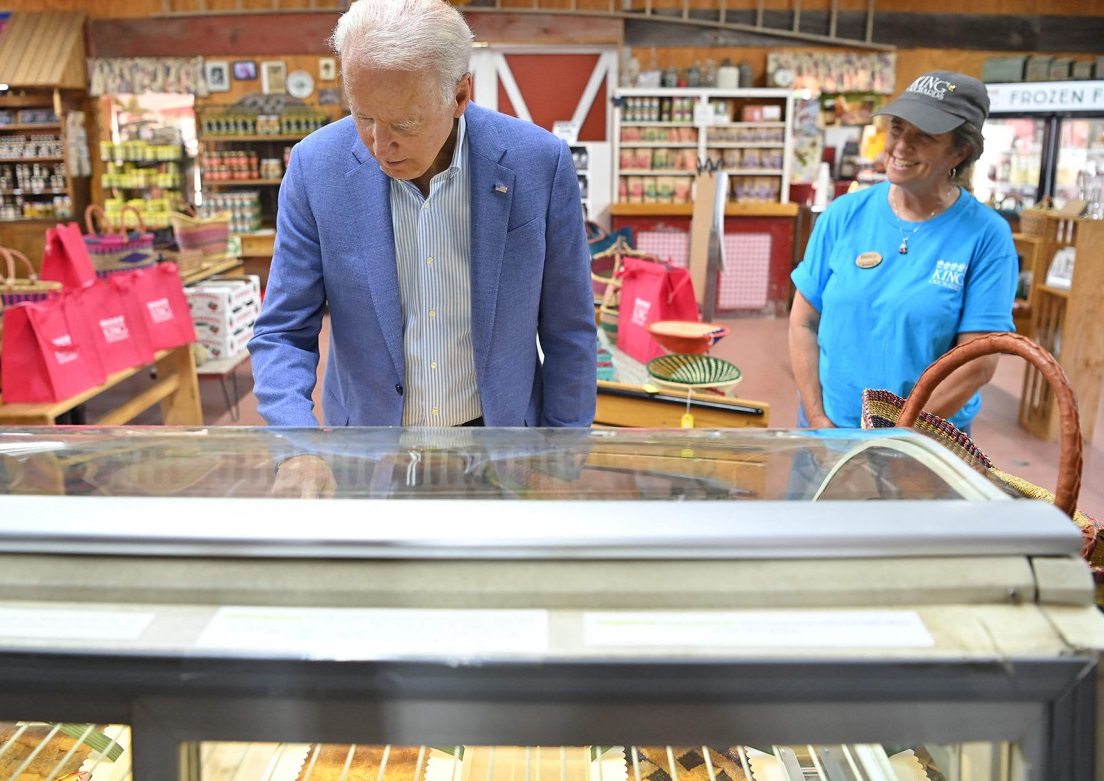 Needless to say, multi-tasking isn’t easy when your brain operates at the intellect of a baboon.

Biden’s pause could be forgiven, if he hadn’t reach for his notes…

After an uncomfortable delay, Biden finally said, “I’ll be in better shape to talk to you about it.”

Next he pulls out prepared notes from his jacket pocket. One must believe that these were the last thing handed to him before he was asked the question.

Reading from the notes, Biden commented:

Biden then collects himself, likely understanding that the world just smelled his brain-fart.

“The idea…[F]irst of all we’re not sure who it is for certain, number one. And what I did, I directed the full resources of the government to assist in a response if we determine..”

Biden stops mid-sentence to finish his transaction, then finally comments.

“The fact is that I’ve directed the intelligence community to give me a deep dive on what’s happened, and I’ll know better tomorrow. And if it is either with the knowledge of and/or a consequence of Russia, then I told Putin we would respond.”

He read exactly what was on the notes from his jacket.

He then voiced doubts from those in the intelligence community about Russia being the source of the hack.

“We’re not certain. The initial thinking was it was not the Russian government, but we’re not sure yet.”

Biden went on to say that he doesn’t trust the intelligence community on whether or not it is Russia. Remember when President Trump said the same thing? And Trump had every reason to not trust any intelligence agency, as they were all out to get him.

Anyway, judge for yourself whether you believe Biden has it all together. Everybody, including those who cheated him in know the answer.