Perhaps I missed it, but I haven’t seen any stories from the fake news media anywhere in the world discussing the potential super spreaders.

At last claim, Team Demento said they have evacuated over 90,000 people from Afghanistan. I doubt this claim, though I do know the numbers are in the thousands. And in all the images I’ve seen, the overwhelming majority of escapees from that Third World sh*thole are maskless.

Look at the image of people on the platform trying to board this C-17. 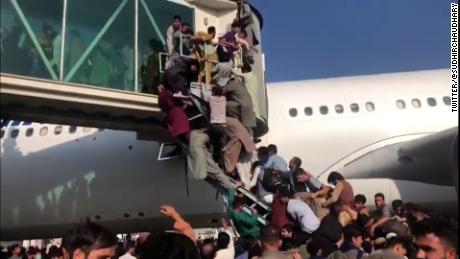 Not a single mask in this shot. But perhaps I missed something.

Below is another graphic of people at the airport in Kabul hoping to board a plane. Consider what Americans (and others around the world) must do to board a plane and it does make one wonder. 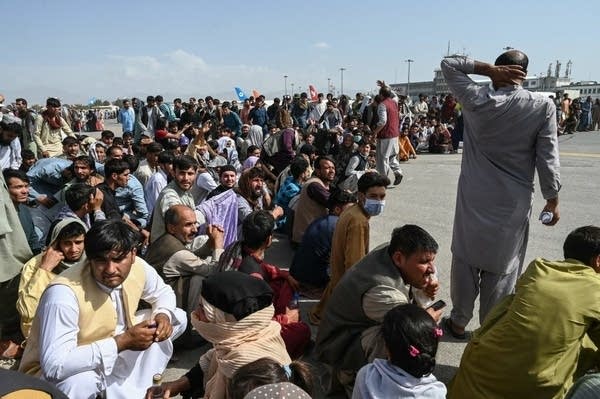 Anybody think any of these people have their Wuflu vaccinations? What about vaccine passports?

Was there any DISCUSSION of whether they were sick or where their masks were? Or any discussion about their vaccination status, and so on?

I’m guessing that none of these questions arose during this public butt-rape of Joe Biden and team. Apparently the rules get pretty laxed when there is no money to be made by Leftists.

I find their strategy clever. Because I don’t believe a single fake news host on CNN, MSNBC, even Fox News brought this up.

This next graphic shows hundreds of people aboard a C-17.

My observations about this flight and its passengers:

No social distancing. And I looked very carefully, but I see NO masks. So if a flight can look like this from Afghanistan where no Wuflu precautions were taken, why in the hell must we wear masks? And why is there a discussion of mandatory vaccinations?

No internet for unvaxxed college students, and even no groceries for some. But none of these people have said a single word about the Afghanis being distributed around the world without even a test for Wuflu.

Nor do these people complain about the tens of thousands of unvaxxed Mexicans and Central Americans coming unchecked into America.

Look at the graphic below and ask yourself who pays attention to American politics. 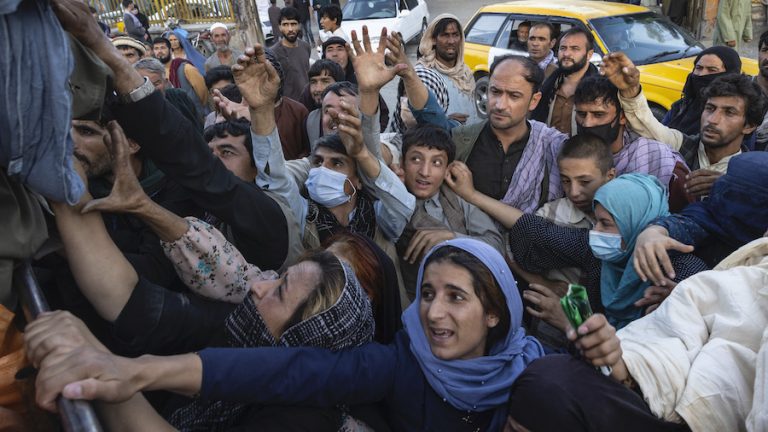 If you selected the two people wearing masks, BINGO!

You can safely bet that these two people said to themselves, “I may stand a better chance of being selected if I show that I’m willing to follow the Leftist narrative.”

Yes America, those masks were desperate ploys. But leftists weren’t even paying attention.