The formerly most powerful country in the world groveled at the feet of swine in a recent hostage swap. But don’t let the facts obscure the fake news narrative set by Team Demento.

Biden’s team cheered as a plane-load of Americans and Afghanis we allowed to leave the UAE.

A charter plane carrying more than 100 American citizens and lawful permanent residents departed Thursday morning for the United States after being temporarily held for vetting in the United Arab Emirates (UAE).

The Department of Homeland Security (DHS) initially denied the landing rights in the U.S. for the flight, which is carrying 117 passengers, including 59 children.

After evacuating from Afghanistan to the UAE capital of Abu Dhabi, the passengers were held and vetted.

“The processing of those passengers has been completed and they have already departed for the United States on a commercial aircraft (Etihad) this morning,” the UAE foreign ministry told news wire service Thursday.

A DHS spokesperson said in a statement that [processing] had to be “verified before departure to the U.S. to ensure all passengers are screened appropriately.”

There are 28 U.S. citizens aboard the flight, along with 83 Green card holders and six holders of U.S. Special Immigration Visas granted to Afghans who worked for the U.S. during the 20-year war, according to Bryan Stern, the founder of Project Dynamo, one of the organizations helping evacuate individuals from Afghanistan.

Project Dynamo announced early Thursday morning on Facebook that passengers were at the boarding gate getting ready to depart.

“The entire Dynamo team is ECSTATIC to announce ALLLLLL Dynamo pax are through customs and the boarding gate,” the group wrote. “Dynamo 01, Next stop. Chicago U. S. A.” 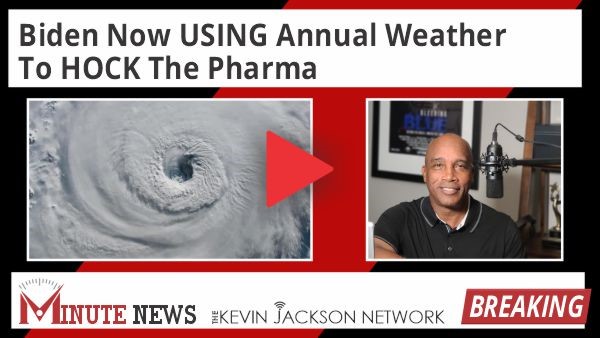 No One Left Behind

Obviously, I don’t want to see anyone left in Afghanistan. That’s a given. But we didn’t win anything by buying their release. In fact, just the opposite. We’ve set a new precedent. One that says “go ahead, do us wrong. We’ll pay you for it.”

Sadly, Biden could’ve brought these hostages home had he simply planned out his Afghanistan withdrawal in a way that made some kind of sense. Instead, he ripped out the troops, removed our security, and then failed to get everyone out.

According to the New Yorker:

[The Trump Administration brought] home thirty-eight Americans held captive abroad, ranging from the 2017 rescue of Caitlan Coleman and her family, held for five years by the Taliban in Pakistan, to the 2018 release of the American pastor Andrew Brunson, unjustly imprisoned by Turkey on charges of collaborating with a coup. “The President has had unparalleled success in bringing Americans home without paying concessions, without prisoner exchanges,” O’Brien said, “but through force of will and the good will that he’s generated around the world.”

(Robert O’Brien served as the Special Presidential Envoy for Hostage Affairs before being named national-security adviser under President Trump.)

Biden wants you to believe his moves in Afghanistan created a successful accomplishment for his resume. Yet, nothing is further from the truth.

Think about it. Are you happy with our state of affairs? What would you think if one of those left behind were a member of your family? Or your friend circle? Did Biden live up to the expectations levied on a president?

And Afghanistan is only one of many failures. Unemployment is making a comeback. Trump practically put everyone who wanted to work in a job. Our energy independence is GONE. Gasoline prices are through the roof. The scamdemic created a labor force shortage. Why work when you can sit at home and cash a check? The lack of truck drivers alone is driving the costs of goods higher and higher.

Still, Joe Biden steps up to the podium believing he’s a winner. Of course, dementia can have that effect on people. But our losses are insurmountable. And every single day Biden sits in that Oval Office, the deprivation grows.