America and the rest of the world knows that Joe Biden is a demented clown. Sadly, due to The Big Cheat we must recognize that our country has Mr. Magoo as its “leader”.

And Biden didn’t disappoint in proving this fact. 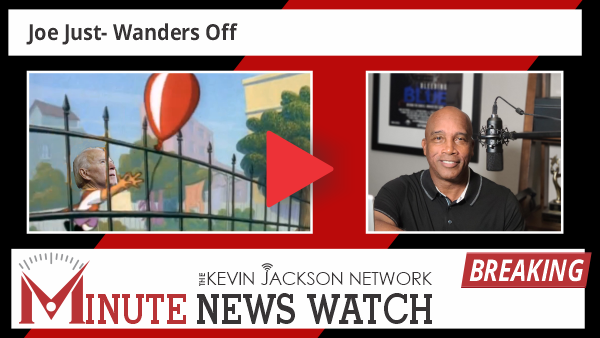 Holy Mother of Nomad, where the hell was Joe Biden going?

You have to wander what got his attention. Did his watch go off to remind him that he missed a nap?

What was so important that Biden felt compelled to step away? And in the middle of “Dr. Jill’s” very important comments.

There is a point where Jill takes off her mask. So perhaps that was a clue for Joey D to go off stage and meet with a handler?

Sadly, it’s not just Biden’s inability to give an impassioned public speech that makes him such a fool. Although, one would think his years in the Obama Administration would have taught Biden how to blow hot air and make it sound like music. If Obama was anything, he was a gifted orator.

I’ll admit it, Obama’s words were golden. It was his actions that destroyed our nation. But Biden doesn’t even have golden words. He fumbles and bumbles through every public appearance. But like his mentor, Biden’s actions wreak havoc on our country.

During his inauguration, Biden said: “Today, on this January day, my whole soul is in this: Bringing America together. Uniting our people. And uniting our nation.” That’s what you call bi-partisan bullsh*tting. Because we are now more divided than ever. Unity is just one more promise Democrats can’t deliver.

Furthermore, Biden destroyed our energy independence. Where Trump set us free, Biden locked the chains around our ankles. He rejoined the Paris Accord, canceled the Keystone Pipeline, halted oil exploration in Antarctica, and left us groveling to OPEC. My $45 tank of gas is now $70. No wonder people are still begging for stimulus checks. They need gas money.

Let’s not forget Biden’s desperation to rejoin the Iran nuclear deal. The President signaled weakness in the Middle East. Now, you connect the dots between Biden’s lack of backbone and Afghanistan’s utter failure.

Then, there’s China. Both Biden and his crackhead son sold us out long before election day. And Biden continues to bow down to the Chinese. For example, we know where the WuFlu came from. Has Biden demanded truth? Transparency? Of course not. Instead, he recommitted millions of tax-payer’s dollars to the WHO. Another undoing of Trump actions that benefitted us directly. Because Trump refused to pay other countries to take advantage of us.

Even everyday life is plagued by Biden’s blunders. TBS previously stated: “The crime rate is rivaled only by inflation as both soar in the Era of Dementia, as I’m sure American history will someday chronicle the country’s demise.

All this from a president who proudly declared: “My butt’s wiped!” That cringey video is still floating around.

Maybe he can do an endorsement deal with Charmin. But he sure has no clue how to be an effective President. Even with Dr. Jill pulling his puppet strings. Maybe it’s time Trump sent him a complimentary copy of “The Art of the Deal.” Because Biden needs a little help when it comes to negotiations regarding our nation.