If there’s one thing every fireman needs to get the job done, it’s a sturdy pair of weatherproof boots. 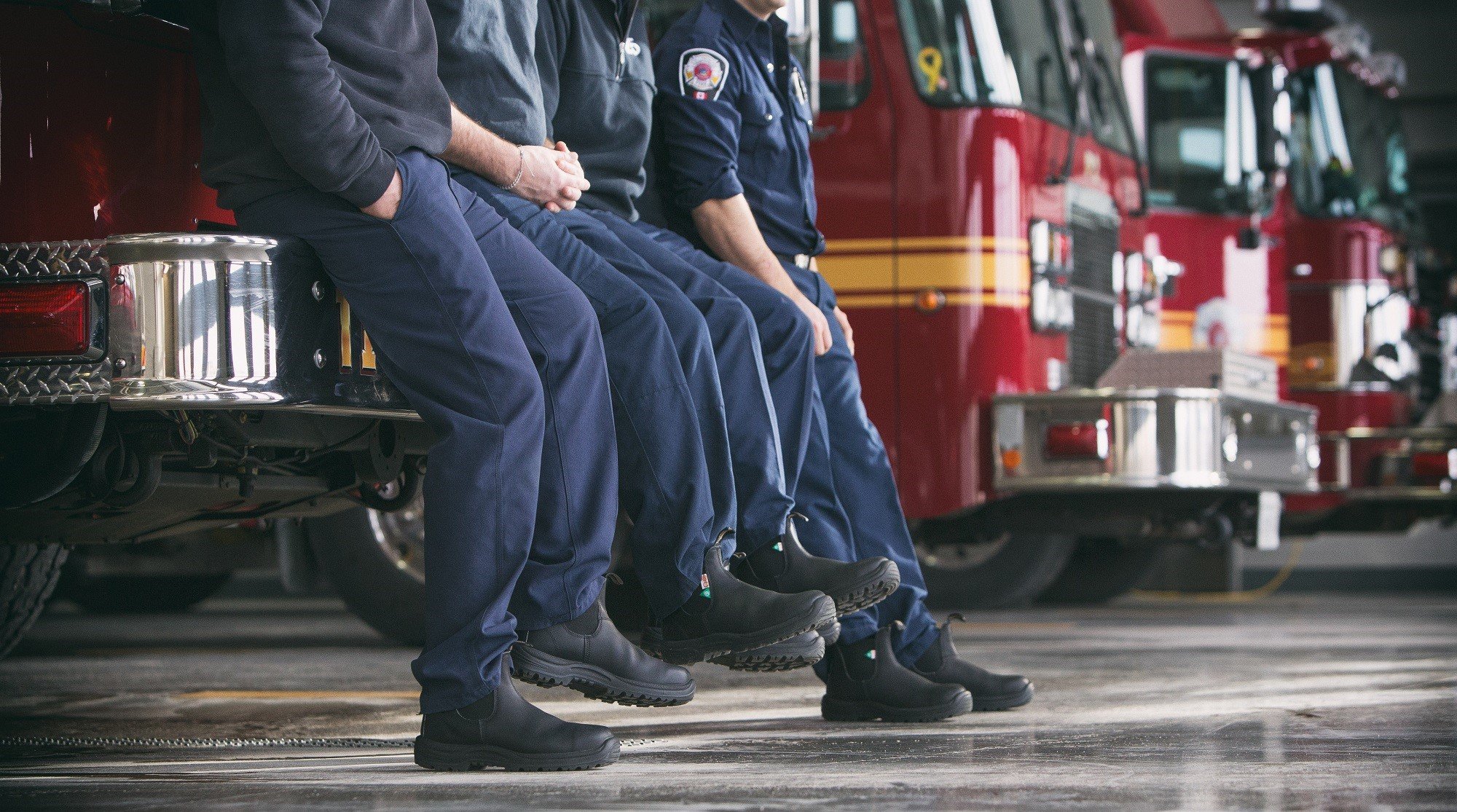 You know the kind that can march through hell and back. And in the famous words of Nancy Sinatra, “these boots are made for walkin’, and that’s just what they’ll do…”

I have to back up for a just a moment. Firefighters conjure up a lot of emotions for me personally. I remember 9/11. Like most everyone else, I know exactly where I was and what I was doing when the second plane hit the towers, having tuned in after the first. In the following days, it was the stories of the firemen that hit me the hardest. Not just because these men were safe, and ran into a disaster only to lose their lives, but because I always know those firefighters belong to someone.

I make no apologies for regarding the plight of the firefighters my own personal battle. My father was a fireman for thirty years. He served two departments faithfully: The City of Killeen Fire Department and Salado Volunteer Fire Department. In Killeen, he rose pretty high in the ranks. And in Salado, he spent a decade as the Chief, upgrading a small volunteer department to one of the best equipped small town first response crews around.

My father spent his lifetime serving others, often seeing things no one should ever see. In fact, on October 16, 1991, George Hennard drove his truck through the front windows of Luby’s Cafeteria in Killeen. He open fired, killing 23 and wounding 29 more. Sadly, it was one of the first mass shootings in our country. My dad was among the first on the scene. Later that week, he sent me a card in the mail. He said “it was a tough week at the fire department, but that’s part of the job.” He rarely ever mentioned it again, only speaking of it when I asked a question or two.

That’s the kind of person who serves in a fire department.

One that never seeks the spotlight, but only seeks to help others. So why would NYC, the very place where firefighters seared their heroism into our brains one tragic September day, disregard the opinions and safety of their humble public servants?

More than 2,000 New York City firefighters took medical leave this past week as the deadline for showing proof of full vaccination has passed and city workers who failed to comply with the mandate now face being placed on unpaid leave.

NYFD Commissioner Daniel A. Nigro lambasted workers who are taking part in a “sickout” to protest the mandate.

“Irresponsible bogus sick leave by some of our members is creating a danger for New Yorkers and their fellow Firefighters,” Nigro said, according to NBC. “They need to return to work or risk the consequences of their actions.”

Nigro also shot down reports that the lack of working firefighters has caused firehouses to be closed down, saying the department “has not closed any firehouses.”

GOP Rep. Nicole Malliotakis (N.Y.) claimed that 26 firehouses had been forced to close due to the vaccine mandate.

Andrew Ansbro, head of the Uniformed Firefighters Association, the union that represents FDNY firefighters, said last week he had instructed union members to defy the mandate.

On Saturday, it was reported that more than 26,000 New York City public workers have yet to show proof of vaccination after the Oct. 29 deadline had passed.

This is what it takes!

The masses have to join forces, and exercise our freedoms! Otherwise, they’ll be systematically destroyed. Under Joe Biden, our government seeks to push the envelope. They want to know just how much control they hold over ordinary citizens. Ask yourself this. Why is the government so desperate to vaccinate the entire population against a virus that is deadly to 1% of the people?

Especially when the side-effects are so far from benign.

Kevin Jackson recently chronicled the problems associated with treating the vaccinated. Do even ask yourself why the mainstream media isn’t blasting the facts. For example, consider this story about swamped emergency rooms.

Inside the emergency department at Sparrow Hospital in Lansing, Michigan, staff members are struggling to care for patients showing up much sicker than they’ve ever seen.

Tiffani Dusang, the ER’s nursing director, practically vibrates with pent-up anxiety, looking at patients lying on a long line of stretchers pushed up against the beige walls of the hospital hallways. “It’s hard to watch,” she said in a warm Texas twang.

But there’s nothing she can do. The ER’s 72 rooms are already filled.

If those symptoms sound familiar, they should. Because they are all side-effects of the various vaccines to treat Wuflu.

I’m not ready to tout the “science” just yet. However there appears to be a correlation between vaccinated people and Wuflu vaccine side effects.

Even more evidence surfaces, when you consider the people dying post-vaccine. People who were healthy prior to the “death poke” and had no comorbidities.

Honestly, it doesn’t matter if you believe in the vaccine or not. The issue here is the right to make that choice for yourself. But Democrats might want to rethink their strategy, before they are burned by the fires of democracy. Without a firefighter around…